Here’s what 4 Austin tech leaders are hoping for in 2016 | Built In Austin Skip to main content
Loading... 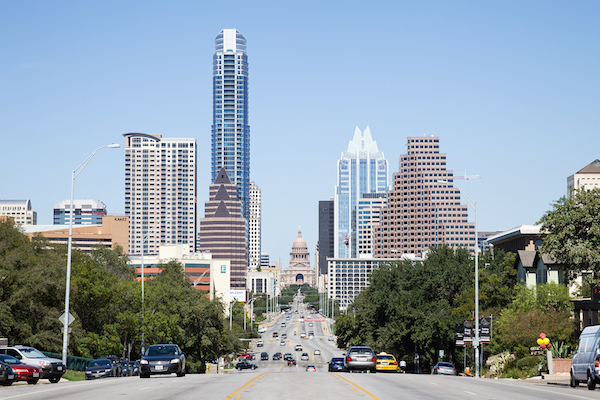 Austin tech faces a number of quietly growing challenges in the beginning of this new year, even as talk of a near future with autonomous ridesharing strokes the industry’s imagination.
Hiring remains competitive for local employers — even those who relocate here for access to a large talent pool — while diversity still lags in the tech sector; office space is becoming scarce and unaffordable as major players establish a local presence; and — depending on whom you ask — the growth of local startups is outpacing the availability of investor capital.

Entrepreneurs’ Organization Austin polled more than 130 members late last year about the biggest struggles of 2015 and their goals for the year ahead.
36 percent said hiring was a top challenge in 2015, topping even brand awareness and lead generation. 24 percent expected hiring to keep its place on that list in 2016.
Molly Wilson, CEO of Kickstand Communications, helped with the survey. She said the influx of tech talent should ease hiring concerns, citing the popular anecdote of more than 100 people moving to Austin every day. 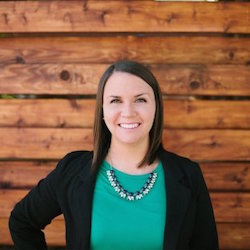 Silvercar
View Profile
Follow
's funding is a good indicator that we’ll see a surge in growth stage companies in 2016,” said Wilson (pictured left). “That’s great news for the local job market and companies who are feeling the increasing competition when hiring, as that trend should help bring more top talent to Austin.”
Square Root CEO Chris Taylor pointed to another issue plaguing a startup scene full of young tech talent.
“Senior executive leadership for the larger companies — it’s getting better, but there wasn’t always a big pool here in Austin,” he said. “I still think there’s a gap in bringing more ‘been there, done that’ talent here that’s been through a large exit and can come here and do the next one.”

Wilson pointed to the tech industry’s lagging diversity as another area for improvement.
“We saw a big focus on women in tech in 2015, with groups like Women at Austin helping both raise awareness and provide great support networks. That trend will continue, with women taking up more active roles in the community — as founders, mentors and investors,” she said. “If you look at incubators around town, there are very few female mentors. We’re hoping to see that change in 2016.”
Amos Schwarzfarb, managing director of Techstars Austin, was optimistic here.
“Community is one of Austin’s biggest strengths,” he said. “We all want to see Austin continue to grow and like no other startup community anywhere, Austin works really well together to that end. I think we will see much more of that in 2016.”

Few people are as sensitive to the tides of venture capital as people like Schwarzfarb, who lead local incubators that breed young companies to assemble tight teams and product pitches to maximize their chances of raising money and sustaining their growth.
Schwarzfarb (pictured below right) doesn’t necessarily see another tech bubble on the horizon. But he did say scarce funding is an issue Austin tech can’t ignore. 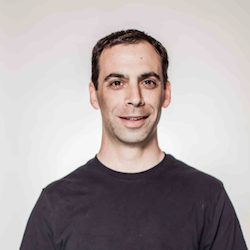 “It’s no secret — local funding continues to be a challenge, and the growth of new, fundable companies is outpacing new early stage investors,” he said. “That being said … I believe as we continue to see early stage companies become later stage companies, and as we see more exits, that tide will turn. It’s a long game, and we are just in the beginning of it.”
Taylor of Square Root took another view.
“Interestingly, while tech in general across the U.S. will see a bit of a slowdown — mainly because of the much-maligned unicorns you read about, Austin should see the momentum continue and even pick up a little in 2016.”
Taylor, whose company Fortune named the 2nd best small business to work for in the U.S. last year, said that’s because Austin’s fundings are less stratospheric.
“It’s such a different startup market here. The companies are more mature, the valuations are much more reasonable than you get on the coasts,” he said. “A lot of the ones that that got funding last year, like Spiceworks, Civitas and Sparefoot, are just building momentum. That’s going to pull the entire startup ecosystem with it.”
Wilson added

Aceable
View Profile
We are hiring
There’s plenty to do and see around the office, from eating at delicious food trailers to attending an industry event nearby.
and Silvercar to the mix, crediting their solid revenue models, leadership and 2015 fundings with her prediction that both companies will have breakout years.

That momentum is making for a crowded market, though. Literally. With tech giants like Apple, Google and Facebook snatching up office space, many startups are finding themselves edged out of downtown’s buzzing networking scene by what Taylor called “unbelievable” real estate prices and parking problems.
“And there are a lot of coworking spaces in Austin, but once you outgrow that very initial startup stage, it’s hard to find an area to continue [your growth].” 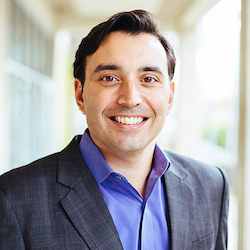 Taylor (pictured left) considers Square Root lucky to have found space half a mile from downtown in a couple brightly colored houses along West 6th Street and Oakloand Avenue.
“We’re a little bit immune to that, but I hear from my friends who are at startups downtown that they’re just about fed up with how impossible it is to get parking or another 1,000 square feet.”
Not that Taylor is complaining, exactly.
“It’s a good problem to have,” he said. “It’s a growth problem.”
The city’s health tech sector is on the rise, bolstered in part by athenahealth’s massive presence in the Seaholm Power Plant they renovated last year and the new Dell medical school enrolling its first students this year.
Another sign of those verticals maturing is HeLiX, a new coworking space focused on health tech. Austin-based MedtoMarket plans to launch HeLiX this spring in 15,000 square feet at an undetermined location. The facility will feature mock surgery rooms and labs for testing new biotech, as well as a lecture hall for presentations and a boardroom for investor meetings.
That news comes on the heels of Open Source Coworking opening last month. The facility was designed for quiet concentration by Austin Coding Academy co-founders Chris Sica and Luke Filipos.
With this maturity in shared tech real estate comes an evolution in the coding schools developing local talent, according to Robb Lee, VP of professional services for Praxent.
“I think we can expect curriculums to evolve in response to ongoing feedback from the tech community regarding skills gaps in the available workforce,” he said.
Have a tip for us or know of a company that deserves coverage? Email us via [email protected].