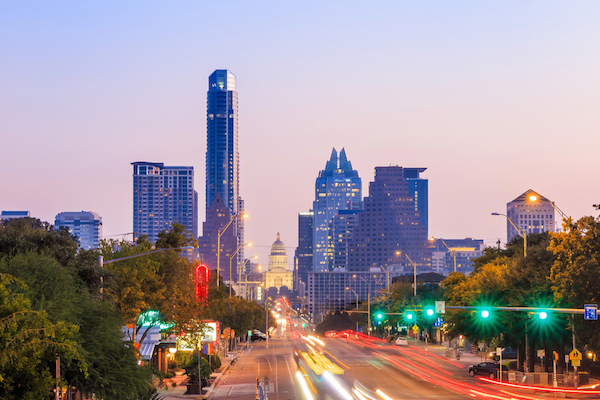 Any good tech scene needs plenty of funding. But what really makes a tech hub is large investments in a concentrated area, fostering growth through collaboration and drawing in talent from around the country.

But Austin, as with most things, is a little different. While the city’s funding is obviously strongest downtown, fundings big and small took place across the area. We rounded up all the digital tech fundings since our last list, and with more than $778 million raised between August 1, 2015 and July 31, 2016, we mapped where all that funding is going by zip code.

The clear winner was 78701, with more than $286 million poured into the downtown zip code alone. In fact, the two most-funded startups in the entire city are just two blocks from each other: edtech startup Civitas Learning with a $60 million round in September, and Spredfast had a $50 million round earlier this summer. In total, 40 companies were funded in 78701.

But it wasn’t just downtown that hit it big. Along the greenbelt, second-place 78746 banked more than $132 million in fundings, with lending automation service Open Lending at the top thanks to $40 million in April. Nearly 15 companies were funded in the zip code.

Other zip codes made the top 10 thanks to single companies. Take 78617’s nearly $34 million funding total, which comes entirely from Silvercar’s $28 million January round led by Audi and a smaller $5.75 million Silvercar round from last August. BigCommerce’s $30 million funding earlier this year is also wholly responsible for putting 78726 on the map.

However, funding wasn’t concentrated solely to the top 10 zip codes. In fact, Austin startups based outside the top 10 zip codes raised more than $80 million altogether. That was in part due to some big rounds for companies like ePatientFinder and Datical, but also a number of smaller rounds that helped keep Austin’s tech scene weird.

The top 10 most funded zip codes:

Have a tip? Let us know.