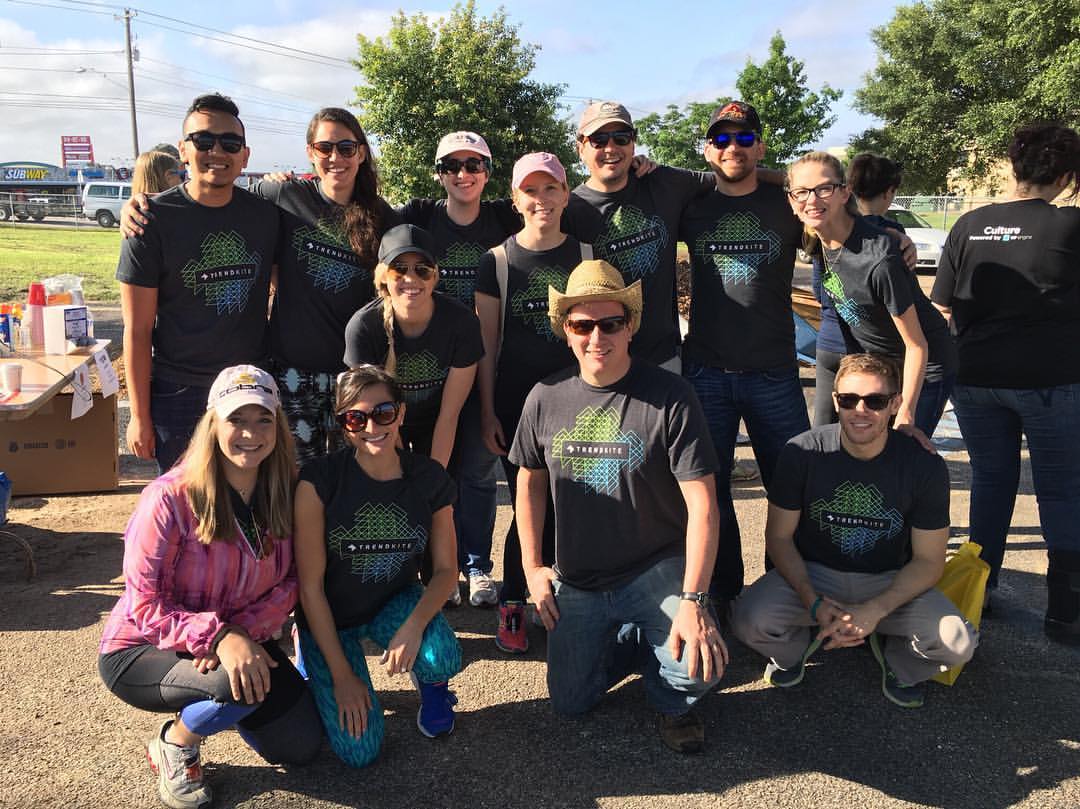 Before creating his own company, TrendKite co-founder AJ Bruno had only worked for one other sales organization. However, that didn't stop him from growing his sales team from three members in May 2014 to 54 members today, developing their own procedures from the ground up.

"TrendKite built its own sales model which means that we've had the fortune of being ignorant to some sales 'best practices' in other organizations that are actually bad practices," said Bruno. "We don't look over your shoulder micromanaging to talk times for example, rather we focus on quality of conversations."

Embodying a traditional startup attitude, Bruno proved that experience doesn’t necessarily equate to success. Instead, Bruno focused on finding the right people for his venture — which is the reason he gives for 21 people out of his 25-person TrendKite team hitting their yearly quota in 2015.

“We needed people who had an idea of what sales was. We didn’t want people to say ‘sales isn’t for me’ a few months in,” said Bruno, who looked to notable Austin tech leaders Brant Barton of Bazaarvoice, Jon Driscoll of YouEarnedIt, and Greg Brown at Duetto for guidance.

While some sales leaders focus on daily outbound activities as the most important metric, Bruno focuses on timeliness in his candidates.

“It shows ownership, that people care about what they do, and that they are inspired to have a great business conversation that day,” said Bruno.

Maintaining a sales team culture while increasing the team by 108 percent can be a bit tricky, but Bruno had a few tricks up his sleeve to keep culture front of mind. In addition to employee referrals, acknowledging top sellers’ best practices and securing active face time with all of the reps, Bruno also enjoyed popping champagne bottles and stacking corks in celebration of 'first sales' with his team. He even got a tattoo after his team reached a milestone in monthly quota.

The tattoo — his first —was an outline of an airplane along the right side of his ribs, which he received in July of this year to celebrate the his team's success. He said he plans to add the TrendKite logo and symbols representing his family in an upcoming session.

Like any sales teams, however, they’ve had their misses — three months out of 25, specifically. So Bruno and his team setup daily, weekly and monthly meetings, along with workshops, pitch offs and brunches, to support the team and continuously work toward improvement.

And celebration plays just as much as a role as the learning sessions, he said. For instance, a rep on manager Justin Papermaster’s team once closed a deal at 10:30 p.m. on the last day of the quarter, setting the company on track for quarterly goals earlier this year. The whole team waited patiently at the Brazos Street office until the order was finalized before taking over West 6th’s Parlour and Yard to celebrate together.

Papermaster joined TrendKite in 2014 when only 10 people made up the entire company. He recollected one of his early celebrations, also spurred by a deal that pushed the company over quota on the last day of the quarter.

“Now we are almost 150 people, but we have the exact same energy and team spirit,” said Papermaster.

As the company grows, Bruno is working to ensure the excitement of the culture doesn't fade.

“We always felt it was radically important that the energy and the buzz exuded from the team,” said Bruno. “Anyone visiting, that’s the thing people see right away, people talking and walking around, and closing deals.”

Got an update about an Austin tech company? Drop us a line here or tweet @BuiltInAustin