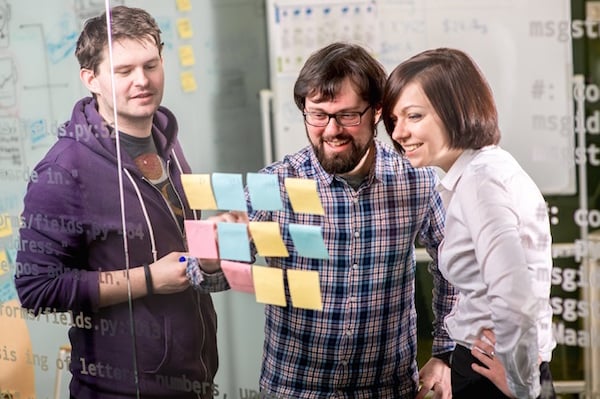 In 1999, when visiting family and friends back home over his first college winter break, Matt McBride got into a car accident. His car flipped, ejecting him from his vehicle, breaking his neck and forcing him to be in a wheelchair for the rest of his life.

After three months of physical rehabilitation, McBride had to identify new ways of operating in a world designed for people who can walk. Simple tasks that come second nature to us, like eating and getting dressed, he had to reteach himself under his new physical constraints.

McBride said this was his first step on a path of personal and professional problem-solving leading him to where he is today, vice president of global experience design at Austin-based SoftServe. 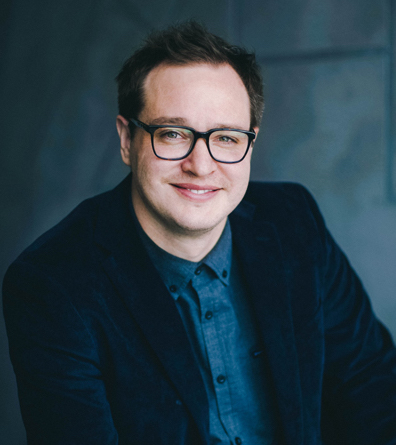 “Solving problems is the real core functionality of a designer,” said McBride. “It’s about solving problems within a set of constraints, and great designers find creative ways to do that.”

A typical day at the Austin office for McBride includes Skype sessions with SoftServe design leads from around the world to strategize how to overcome client issues or roadblocks, followed by meetings with the sales team or clients to better understand their problems so he can propose potential solutions.

McBride oversees a global team of 60 across 12 locations at SoftServe, where he is tasked with coming up with new ways for users to experience brands digitally.

He does this by hosting collaborative design thinking workshops, bringing together designers, technology and vertical experts, and organizational leaders to plan solutions based on user research and user empathy.

Once the blueprint is intact, the SoftServe team then prototypes the solutions, tests them with real users and adjusts them according to user feedback for their clients, which include independent software vendors and enterprises interested in becoming more digital.

Since SoftServe’s 1993 launch, they’ve partnered with companies like Pearson, Panasonic, Shell and Kony, and have supported verticals that include retail, banking, financial services and insurance, healthcare and life sciences, and media/telecommunications verticals.

McBride said he was particularly drawn to SoftServe because unlike most digital agencies that focus on how a product will look and how it might work, Soft Serve is involved in the actual building process.

"What’s unique about us is that we’re a unified global team delivering on the entire end-to-end process, from the research phase through prototyping, iterating and really delivering continued support through the entire lifecycle," said McBride.

His team is responsible for building all of the digital experiences offered across their solutions while he focuses on learning design and understanding the motivations behind the organizations that reach out to them.

“The main focus for me is empathy,” said McBride. “Some people think empathy can’t be learned. I think it can. It’s really about having a curiosity around the world, curiosity around humanity, understanding people’s problems and trying to identify with people.”