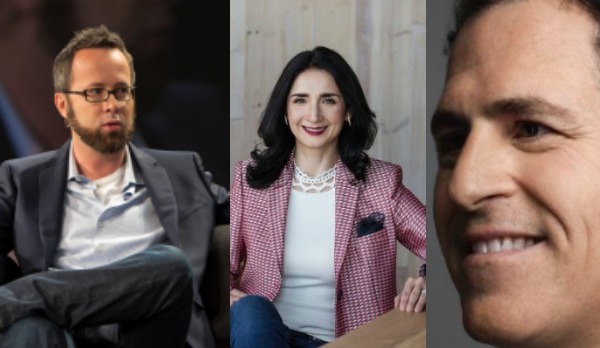 Thanks to the popularity of publicly broadcasted keynote speeches such as TED Talks, budding entrepreneurs throughout the country have discovered a new source of inspiration and encouragement. Founders, CEOs and other public figures are taking the digital stage, opening up about their paths to professional success and personal happiness.

And if you are looking for an Austin founder to emulate, look no further. Here are seven speeches from local entrepreneurs to reinvigorate your mind:

“For top performers, they want to make sure they are making an impact on your business. They want to feel that level of recognition — they want to know that their ideas matter. At WP Engine, we’re a company of equals and any great idea can come from any level in the organization.” — Heather Brunner, CEO WP Engine

WP Engine provides managed WordPress hosting for businesses. They were founded in 2010 and have received over $40 million in funding since then. Brunner took over as CEO of the company in 2013, the same year she also became a partner at the Capital Factory.

“Entrepreneurship is one of those words that is hard to define. Some people say that it’s the thing crazy people do with their time, others say it’s the label chose to hide the fact that you’re unemployed, some define it as the self-made man or woman. It means nonstop, tireless work with only the hope of future employment. It’s the hardest thing I have ever done. And it is the best thing I have ever done.” — Dan Graham, Founder BuildASign.com

Dan Graham founded BuildASign.com in 2005 and, as mentioned in the video, he and his fellow co-founders briefly gave up on the business after launching. But a little luck and a lot of hard work proved beneficial to the company. BuildASign.com now has more than 350 employees in the Austin area and services clients around the world. Graham served as CEO until February 2017 but still remains involved as an Executive Chairman.

Get Alerted for Jobs from BuildASign.com

“One of the things I see often in new businesses is they’re often looking for perfection, and I think this is a really big mistake. I think you should be looking for experiments. It’s okay to have little failures. What you want to do is learn as much as you can very quickly and try things.” — Michael Dell, Founder of Dell Technologies

What more is there to say about Michael Dell. He is tech royalty within Austin and has helped develop the city into the burgeoning metropolis it is today. Before founding his technology company, Dell worked as a newspaper salesman in high school. He realized that couples who were newly married or who were moving into a new home were more likely to purchase the paper. He and his friends searched through court documents and mortgage applications to aggregate the best sales leads. Dell made $18,000 that summer, the equivalent to $57,000 in 2017 after inflation.

Get Alerted for Jobs from Dell Technologies

“Creating opportunity is key, and the lack of opportunity kills innovation yet again. The opportunity to be heard is the number one thing I’d suggest. Just to listen to the ideas of people who may not have any experience whatsoever in the field that they’re talking about… These are the people that will change the world.” — William “Whurley” Hurley, Founder and CEO of Honest Dollar

Whurley is one of the most recognizable faces — and names — within the Austin startup community. His most successful company, Honest Dollar, crafted affordable retirement plans for SMBs and was acquired by Goldman Sachs in 2016. The company continues to operate in Austin, and Whurley has since become an official member of the Forbes Technology Council.

Get Alerted for Jobs from Honest Dollar

In one of the most public resignations in recent memory, Whitney Wolfe left Tinder in the peak of its popularity. Staying within the dating app world, she came to Austin in 2014 and started Bumble, a similarly structured app that allows the woman to initiate the conversation. Bumble was a near-immediate success and has grown into one of Austin’s most noteworthy startups.

Get Alerted for Jobs from Bumble

“The first step toward being innovative is to realize that you can be. Invention and innovation are not genetic. They’re something that can be learned — it’s something you do on purpose. If I can invent ethernet, certainly you can. It’s just a question of being determined to do it and to keep working on it and become more and more innovative every day.” — Bob Metcalfe, co-inventor of Ethernet

After graduating from University of Texas, Metcalfe began his career as one of the most successful electric engineers of all time. He and David Bogs invented ethernet in 1973, a discovery that reshaped the modern world. Metcalfe went on to found a company called 3Com (which was acquired by Hewlett-Packard) and even established his own scientific law, suitably named Metcalfe’s Law.

“I don’t think every entrepreneurial community should try to copy Silicon Valley. I think we should stop calling ourselves Silicon Hills and Silicon Alley and Silicon Whatever. Why are we doing that? ... Why would anyone try to copy something like Silicon Valley? They see the money, the success and everything that has happened there, and I can appreciate that. But I think it’s more important for us as entrepreneur ecosystem leaders to look at what is working in our community, what companies we already have and build upon those strengths. Figure out what is unique about your town or your city and build upon that.” — Claire England, Startup America Austin Chair

Want to get in touch? Give us a shout on Twitter.