The path of least resistance can stretch long.

In early 2020, Arrive Logistics, an Austin-based logistics company, replaced a third-party transportation management system (TMS) with its own solution, impacting 800 employees who relied on the system daily.

But that wasn’t the case when Arrive introduced its new internal platform, Accelerate.

Within a week of Accelerate’s implementation, Tyler Hering, a principal product manager, said the majority of his coworkers were on board. For the remaining employees, who Hering said had expressed the most resistance, it took an additional three days.

So how did the logistics company flip an entire enterprise team accustomed to its previous TMS to a brand new system that would impact daily work? 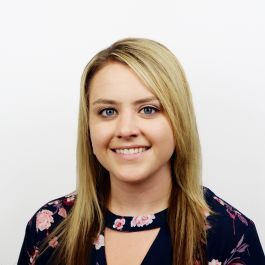 “The power of user feedback,” said Heather Blair, a product manager. “And getting it early.”

From ideation to adoption, Accelerate took three years to build and was considered by employees as its largest product undertaking since the company’s 2014 launch. User feedback may have played the biggest role in what Arrive called a successful implementation, but transparency and ongoing communication played a close second.

Hering, Blair and Greer detailed how Arrive’s product and engineering teams worked together to deliver an internal tool that aims to provide value to the business and those using it every day. 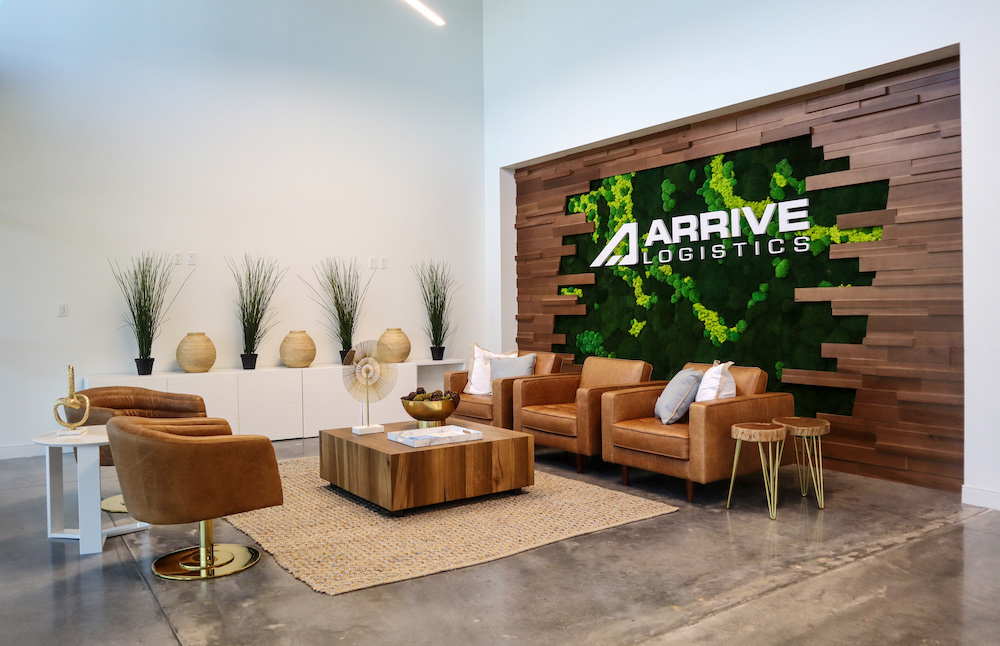 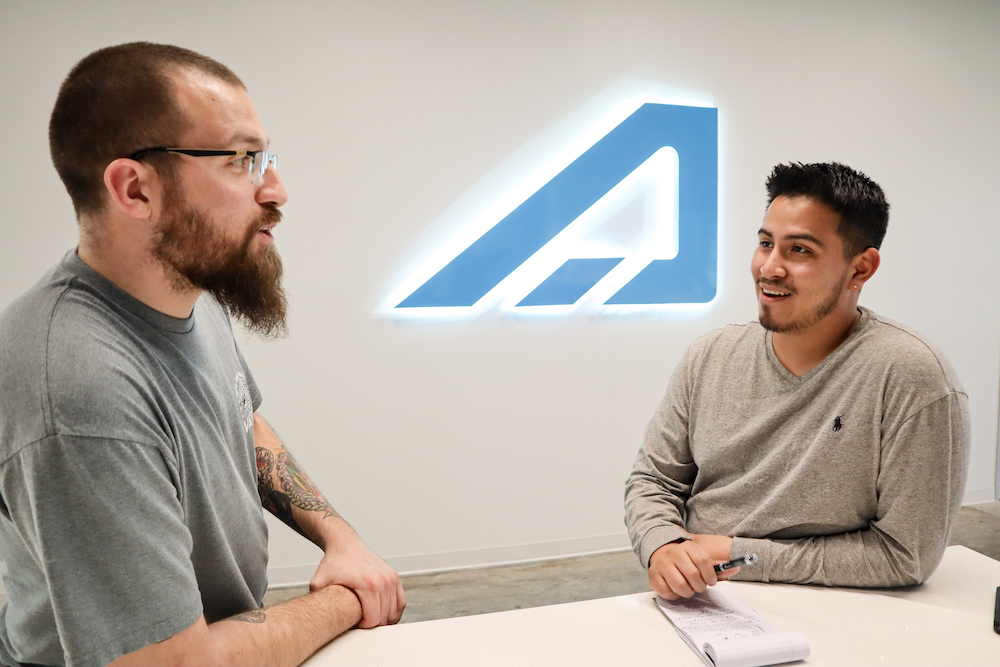 What were some of the shortcomings of the third-party TMS tool you previously used that inspired Arrive to build its own TMS? 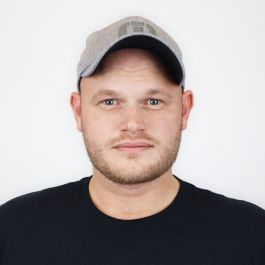 Hering: As Arrive grew, so did our hierarchy layers. There was no way in the third-party tool to restrict certain user access, which limited us, specifically with reports. If we wanted to provide a report to senior management that included information only they should be privy to, everyone would have access to it.

Greer: It also lacked visibility. In the third-party tool, the carriers and our customers didn’t have visibility into what loads were being picked up or moved. They couldn’t see if it’s been delivered or if they’ve been invoiced. To communicate those updates, we’d have to manually send emails. There was also no CRM, so we had no places to log or track activities with our clients.

Blair: We couldn’t add enhancements or functionality. We were only able to utilize what’s available, which was limiting.

Accelerate took three years to build, and assumingly, it was a huge undertaking. Where did you begin?

Blair: Product and engineering teamed up to build out what the framework and structure would be. When we weren’t sure of something, we spoke with different reps from the customer and carrier sides to see how they managed their tasks within the third-party tool so that we could improve it. We wanted to make sure we were adding value and not just building our own version of the third-party tool while also making sure it was technically feasible.

Hering: We started by focusing on the functionalities that the third-party tool didn’t have, like truck entry and matching. We built a model so that the system would search the load table near a specific truck so the carrier could see the most convenient pickups along the truck’s route. We also created a user and carrier portfolio so that our team could manage their list of trucks because, in the third-party tool, there was no way to see who was managing what. 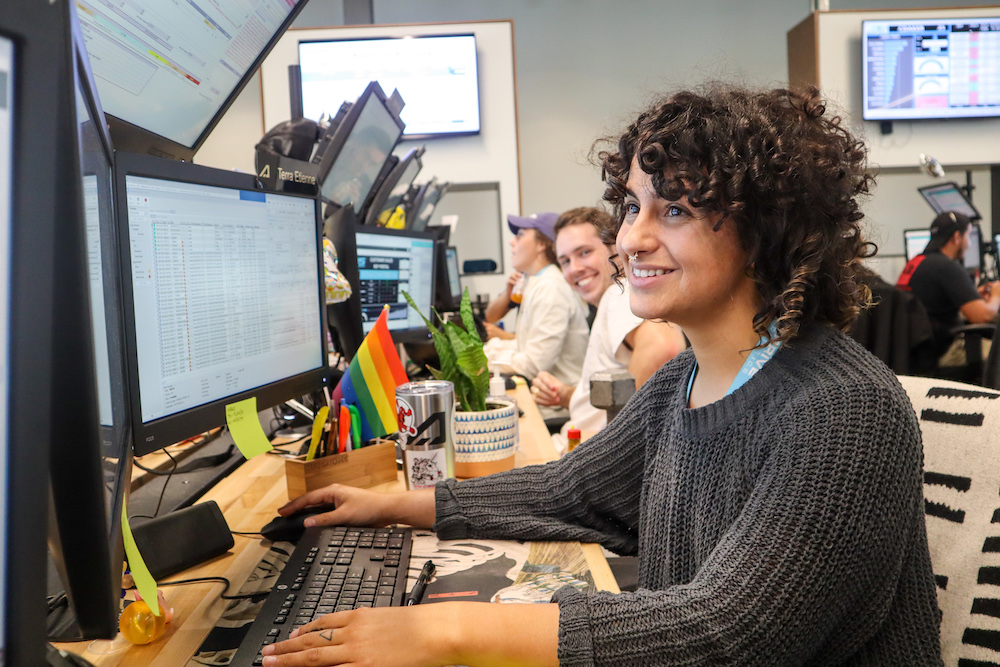 While you were building out Accelerate, were you met with any resistance? 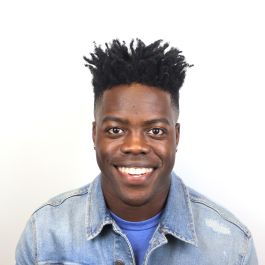 Greer: With any new thing that you bring to the table for the company, there’s always going to be some attitude towards the new process that might not be liked right away. We dealt with this by listening to our coworker’s feedback, letting them know we understand their concern for change, and articulating how this will add value to their role and to the business. For instance, we added mandatory fields they’d need to fill out. It may add 10 seconds to their usual task flow, but the impact this data collection will have will ultimately make later processes faster and more accurate.

How did you prepare the entire company for such a shift in their routine?

Greer: As soon as we had an idea of what processes or features were going to be added to Accelerate, we communicated it. I traveled to different offices, from Austin to Chicago and Chattanooga, and met with teams in person to walk them through the changes.

Blair: We also tried to get the product in front of all the users to get their feedback sooner than later, so that we could iterate and determine priorities on our end. We held a lot of user acceptance testing sessions and companywide testing sessions. Toward the end of our product development, we held weekly and biweekly testing sessions. 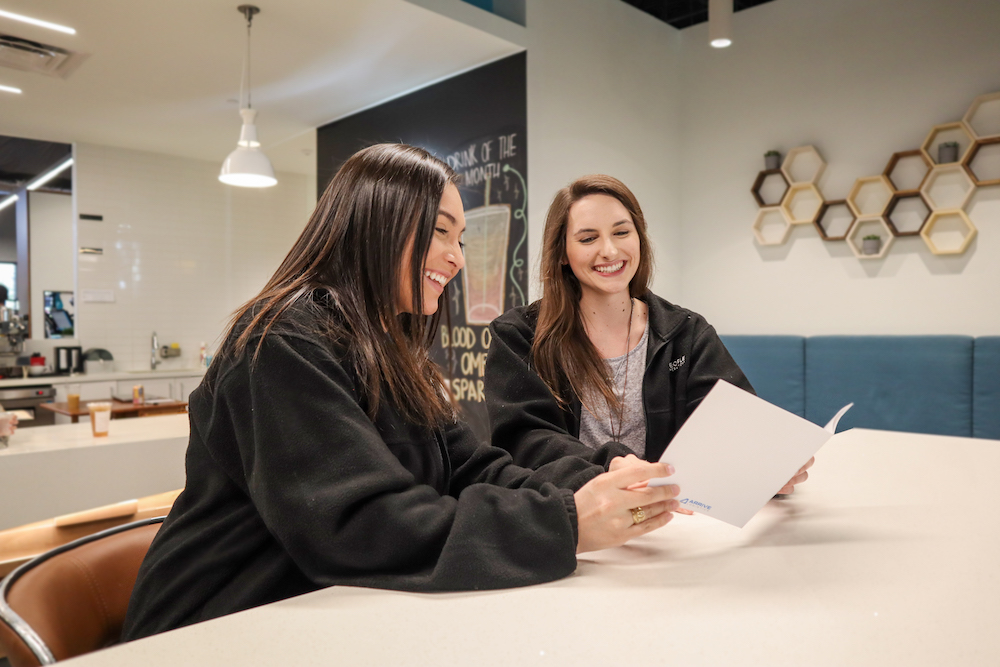 What value to the business and to the employees does Accelerate aim to provide?

Blair: Now we can use the latest technology stack and tools to add our own product enhancements and make customizations. We were limited with the third-party tool, and now we have total flexibility for things like reporting, KPIs and CRM tracking. By adding more requirements to fill out per load, like weight commodity and hazmat details, we can also better inform our carrier side.

Greer: For our customers, we’ve added deep visibility. Before, we’d have to send manual updates, and now they can see in real-time the location and status of their truck loads. We’ve eliminated that barrier of them having to wait to hear from us.

For many of you, this was the largest product rollout you’ve been a part of in your careers. What did you learn from it?

Hering: The power of mockups has really stood out to me. When we were able to demonstrate what we’re talking about and what we’re trying to accomplish through a mockup and screenshots of our process to our engineers and users, we were able to catch any tweaks that needed to be made. It was our most efficient way to identify and work through problems.

Greer: I came to product from the carrier rep side, so I didn’t fully understand what happens on the technology side when someone requests a feature or change to the system. These take a lot longer than people outside of the tech teams realize, which can be frustrating for those unfamiliar.

Blair: Leaning on feedback early on is something I will continue to utilize for any initiative we kick-off. A lot of times, we’d talk to one group of users and find out a completely different workflow that we were unaware of from another user group. Unless you’re implementing widespread feedback early, you typically don’t find things out like this until after a release.

Images provided by Arrive Logistics. Responses have been edited for clarity and length.