The Company Is Bringing Skilled Trades Hiring Into the Digital Age

How the engineering leaders at Workrise are closing the skilled labor gap.
Written by Madeline Hester

In the skilled trades industries, wind turbine service technicians, solar photovoltaic installers, and oil and gas roustabouts are among the 20 fastest-growing occupations in the country, according to the Bureau of Labor Statistics. But the larger industries in which these occupations exist are ones that largely rely on antiquated systems — like pen-and-paper or desktop-only applications  — that limit hiring in droves.

“These folks who are part of these industries are oftentimes in the middle of West Texas with a 3G connection if they’re lucky,” Praveen Kalamegham, the VP of engineering at Workrise, a workforce management solution, said. “A heavyweight desktop application is not really meeting them where they are.”

So, how can companies reach skilled workers regardless of location or accessibility?

It’s a question Kalamegham and his engineering team at Workrise are trying to solve. After raising $300 million in a Series D round of funding in October 2019 at a valuation of $1.9 billion, Workrise is planning to expand its engineering team to build out a solution that reaches more workers with transferable skills, a labor pool the company believes will continue to grow.

“We see a future where skilled workers are able to work across industries, no matter what changes the world goes through,” Paul Rogers, the company’s head of engineering, said.

In a conversation with Rogers and Kalamegham, Built In Austin dove into the inspiration behind Workrise, how the engineering team operates to keep the worker top of mind and the strategy behind the company’s expansion.

Founded in 2014 as Rigup, Workrise first serviced the oil and gas industries. But as other renewable energy industries like solar and wind grew (and industries with a similarly required skill set, like defense and construction, continued to grow), the company saw an opportunity to expand. In 2021, Rigup became Workrise, which is aiming to put 1 million skilled workers to work by 2030.

Tell us about the company. What was the impetus for creating Workrise?

VP of Engineering Praveen Kalamegham: Our founders, Xuan Yong and Mike Witte, have a background in energy. They knew the upstream oil and gas industry and how entrenched it was in its existing workflows and behaviors. And surprisingly, these industries were one of the few that were “undisrupted” from technology. 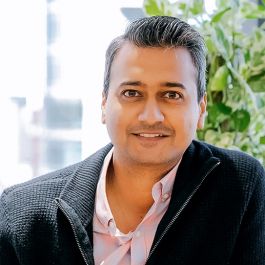 They started trying to make things simpler from a client’s perspective. Clients don’t want to deal with 10 different staffing agencies or subcontractors if they don't have to. They wanted Workrise to be a one-stop shop.

While initially trying to meet the needs of the client, the company quickly realized that the people who do the hard work are the ones worth focusing on. Company strategy then pivoted toward what value we could provide for the worker.

In the energy industry, the worker was treated as the bottom of the totem pole. Big parts of workers’ paychecks were taken by the staffing firms or employment firms. Oftentimes, there were delays in payments based on whichever place they worked for. Lack of continuity of employment was a problem as well.

We see a world where our platform can give a worker their first job and their last job, no matter what’s happening in a specific industry.”

The shift from RigUp to Workrise was predicated on, among other things, the fact that workers have transferable skills. Why do you believe this to be so important for these industries?

Rogers: We see a world where our platform can give a worker their first job and their last job, no matter what’s happening in a specific industry. Part of the reason we diversified into new industries back in 2019 was the fact that skilled labor trade industries can be volatile. We knew we would not deliver on a worker’s highest priority of having a job and earning a paycheck if we only served one industry. We believe our technology and our ability to train and retrain people across industries will be key to solving the supply and demand problem both clients and workers face in skilled trades today.

The Evolution of a Mission

“Our mission started with ‘empowering people who power the world’ because our history and where we’ve been playing mostly has been in the oil and gas energy space, then expanding to solar and wind,” Kalamegham said. “But now we've expanded even beyond energy. As a result, the mission statement has changed slightly to ‘empowering the people who get hard work done.’ We are talking about creating economic opportunity and job continuity to all skilled workers. That's our purpose and what drives us.”

What other obstacles in skilled labor industries is Workrise prioritizing?

Rogers: On the worker side, there just aren’t enough jobs when there are market downturns. And today’s workers typically only know one industry. On the client side, there are jobs that desperately require workers but can’t be filled because there aren’t enough people with the right skills. When you look at the bigger picture, this problem will only accelerate as baby boomers, who make up a majority of America’s blue-collar workforce, continue to retire. We believe our diversified market presence, along with our training and retraining programs, can begin to help solve this problem. 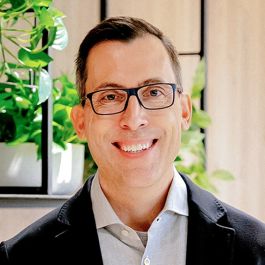 Longer-term, there is a real need to incentivize younger generations to step into these roles. We’re about to enter one of the largest skilled labor gaps in our country’s history, just as we’re poised to begin heavily investing in infrastructure such as new power plants, new bridges, new roads and more. That means there will be many new jobs on the horizon — without enough people ready to do them. In fact, if the United States does not address this problem head on, now, there will be 10 million jobs that will be left unfilled in the next 10 years.

Workrise’s sights are set high for the next decade or so and central to that growth is your engineering team. What’s so unique about your team?

We believe in creating empowered and accountable teams with the space to own the mission. We try to limit the blast radius of most decisions so that they can be localized. Doing so gives our teams a lot of autonomy as we’re growing into a larger organization.

This year, we evolved into a service-oriented architecture, we migrated cloud providers and we released an entirely new platform. We are so happy with the massive amount of accomplishment by this team.

Rogers: Within engineering, we foster a culture of continuous improvement in ourselves, our teams, and our products. We encourage engineers from all levels and disciplines to speak up with their questions, ideas and objections. We rarely get things exactly right the first time out, so we rely on that trust with our engineers to own the mission and be good custodians of our technology. We partner closely with product and design to ensure we deliver the highest value in the most impactful way for our workers and clients alike.

Responses have been edited for length and clarity. Images via Workrise. Header image via Shutterstock.