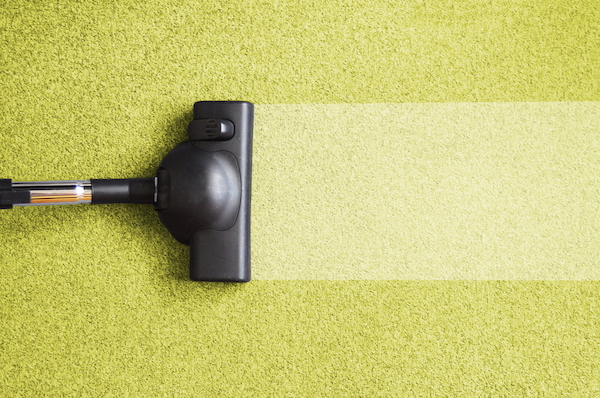 Like in any business, hosting guests on sites like Airbnb and Homeaway can make you a victim of your own success. A hot property can mean fast turnover, which means a lot of cleaning in a short amount of time. If you’re balancing rental properties with a full-time job, things can escalate quickly.
But a new Austin company called AirCleanNSheen.com (soon to be rebranded as GuestPrep) is offering hosts a web platform for automatically scheduling a cleaning crew with each new booking.
It was an invention born of necessity. Not long ago, David McDermott was what you’d call an extreme case. He’d been working in hotel management for years when he began supporting himself with Airbnb rentals. Eventually, he was spending 25 hours per week in a laundromat cleaning linens for his properties. Then the laundromat burned down.
He found another service, but he still had to clean his apartments. It was taking time away from serving his guests, and he realized there must be other hosts in the same spot.
That’s what inspired him to launch AirCleanNSheen.com with Adam Falla, an Airbnb host with six active properties in two cities. The company offers total turndown service in residential rentals, timed to coincide with your check-outs and check-ins. That means they wash your linens or provide their own, clean your bathroom, and restock essentials like shampoo. And they do it using their own cleaning teams in Austin and Washington, DC.
That last part is important. Over the past couple years, companies like Uber, TaskRabbit, Homejoy and others have faced mounting complaints and criticism from their drivers, doers, and cleaners, whom those companies classify as independent contractors, not employees. It’s a bit of legal limbo that means less liability for the companies, and fewer benefits and rights for the people doing the work offered by each service.
It can also cause issues for quality control, which Falla said has been the biggest challenge so far.
“With traditional residential cleaning, if you leave a hair in the bathtub, it’s probably not the end of the world,” Falla said. “But if you do that in an Airbnb, where the guest is expecting a hotel-quality experience, there’s hell to pay.”
That’s why Falla said cleaning a house is harder than following Google Maps in a car.
“Unless you turn around and abuse your customers, it’s hard to screw up [driving for Uber],” he said. “But cleaning a house is hard work, and it’s really hard to create that through just a technology platform.”
So Falla and McDermott are building a full workforce of cleaning personnel with W-2s on file in every city where they’re planning to expand.
“Airbnb is a retention business,” Falla said. “You make more money on repeat customers, and we want to, too. The churn would be unbelievably high if we just built a tech platform.”
The company has been accepting bookings for about a year at AirCleanNSheen.com and is about to close a half million dollar round of seed funding, which will allow it to expand to new, major tourist cities. After mining Airbnb listings in the U.S., Falla and McDermott found more than 100,000 in the top 13 American tourist cities, where they estimate there’s $80 million to be made annually.
This funding round will also enable the company to build its online scheduling platform, which will integrate reservation calendars from sites like Airbnb and Homeaway.
Falla says he and McDermott plan to be live at GuestPrep.com in time for reservations during Austin City Limits.
Have a tip for us or know of a company that deserves coverage? Email us via [email protected]