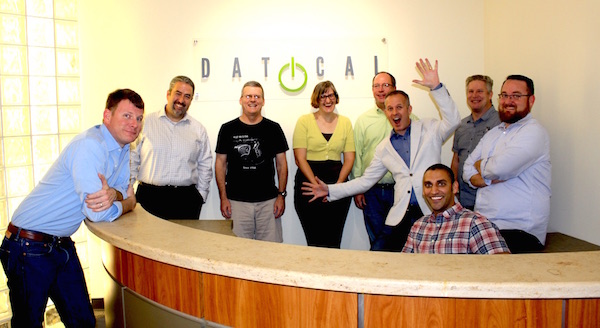 Liquibase
View Profile
We are hiring
Headquartered in Austin, Texas, but currently embracing the fully remote life!
CEO Derek Hutson told me about the $8 million series B his company announced this morning was they didn't need it.
"I know there’s a lot of discussion in Austin about whether you can get growth funding in Austin, or if you have to be on East or West coast," Hutson said. "Well, this is a significant amount of money. It proves when you have a good company and a good team, the money is here in Austin."
In November, CTO Robert Reeves told me Datical was putting "rocket boosters" on its business. Evidently he wasn't kidding. The company tripled its revenue last year.
According to Hutson, the investment will afford hiring 25 new employees. Roughly half of those will be engineers and support and the other half in sales to drum up demand.
Not that bringing in business has ever been much of a hurdle for Datical. Since its founding in 2012, the company has garnered nearly $7 million in financing from investors (make that $15 million now) and a devoted customer base.
The company's golden goose is Datical DB, an enterprise-scale version of Liquibase, which is an open source tool created in 2006 by Nathan Voxland for managing database changes required by application updates.
But, to put it in layman's terms, managing changes to a database can be really, really hard.
Before Liquibase, the tedious and often manual process of database revisions languished for about 15 years while new tools and methods for software programming accelerated the rest of the development cycle.
The result was an industry full of frustrated and overworked database administrators sprinting just to keep up with their peers on large scale DevOps teams.
To the teams and companies suffering that problem, Datical's solution is very valuable indeed. Plus, it integrates with a long list of enterprise development tools like IBM UrbanCode, Puppet and Chef, and has a customizable rules engine for enforcing corporate standards and reducing deployment risk.
So why take the money if they were already on a roll?
"We saw a tremendous amount of validation and maturity in the market," Hutson said. "People have invested in Agile and DevOps, and now they say the database is holding them back from delivering new applications into the enterprise faster."
And that's where Reeve's aforementioned rocket boosters come in.
The round was led by S3 Ventures with participation from existing investors Mercury Fund and Austin Ventures. S3 targets early stage startups whose IT solutions solve major business problems, then partners with the companies it invests in to advise them on strategy.
Other notable Austin firms in its portfolio include Gravitant and Pivot3.
Have a tip for us or know of a company that deserves coverage? Email us via [email protected].