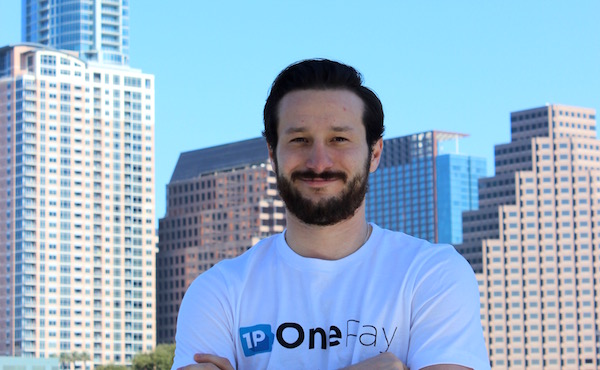 Almost every time I pay a utility bill, I wonder the same thing: Why is this so hard? Who still mails checks? And why does the electric company require a military grade password?
Even the web portals of cable companies and mobile carriers leave a lot to be desired.
Like many mundane problems, this issue has inspired a slew of startups to launch web services to streamline the process. Whether it’s Intuit’s Mint app or Prism Money reminding you of upcoming deadlines, or Austin-based Unbill helping you split costs with roommates, there are a lot of better ways to pay out there.
But here in Austin, one startup’s progress is pulling away from the pack.
Billsley is a subscription service that rolls all your bills into one so there’s only one login and due date to remember. Just connect the app with your service provider accounts one time, and it will pay your bills on time, automatically.
That alone isn’t exactly groundbreaking. But OnePay’s secret weapon is what they can do once they’re logged into those accounts.
Using software licensed from an unnamed partner in Silicon Valley, the team behind OnePay developed a way to algorithmically parse the data in your accounts to compare your bill to your actual usage — and the other deals in the market.
In other words, OnePay automatically shops around on your behalf, cross-referencing the value you get from your existing service with other plans available in your zip code.
That’s a pretty crazy technical feat, when you think about it. Every service provider portal seems to work a little differently, gathering different data and stashing it in different places — and in different formats.
Building a program to scrape all that data and compare it in a compatible format would require a fair amount of manual labor at the keyboard. But thanks to that secret software, CEO Jesus Lopez (pictured above) tells me OnePay already supports upwards of 100 service providers and can scrape many of them.
Still, Lopez said the process of getting all of OnePay’s components to work together was “a journey.” He and co-founder David Dewey made a point of getting out in Austin’s community to leverage the supportive network for advice.
“The magic of the ecosystem comes into play here,” Lopez said. “We’ve met CTOs who have 15 to 20 years of experience in the field and already know how these things work.”
That’s how they met a certain spaniard, who wished not to be named, with a homemade algorithm for quickly scraping and parsing data in varying formats, although that particular interaction happened in San Francisco.
If OnePay takes off, it could improve bill paying by an order of magnitude. It might even force utilities who can’t win on price to compete on customer service.
But it’s still early. The company has six employees now, and Lopez expects to have between eight and 10 by the end of the year if everything goes as planned.
“But it rarely does,” he said.