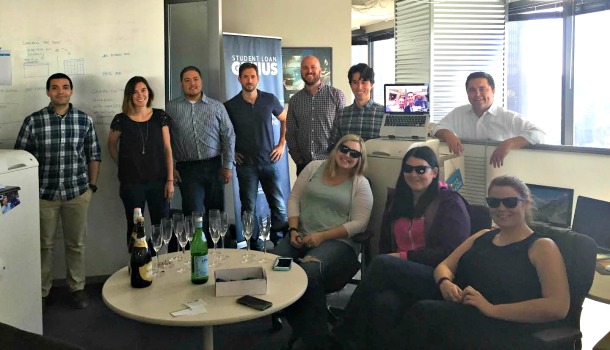 Co-founder and CEO Tony Aguilar started as a Capital Factory coworking member, and the idea went through several iterations before his company entered the Capital Factory Accelerator. One of Built In Austin's 50 startups to watch in 2016, the company’s services are currently used by 45 employers including Intel, Boeing, Teach for America and Kellogg's.

According to Aguilar, the tipping point in raising the new round was a new feature the company will be releasing sometime in the next few weeks.

"We can’t talk specifics, but this is what got two Fortune 100 competitors, Prudential and John Hancock to get involved," he said.

Asked what sets Student Loan Genius apart from competitors in the space, Aguilar emphasized his team's intimate familiarity with the problem it's solving.

"I think what sets us apart from the others is our awesome team that understands the problem because it’s OUR problem," he said. "That’s what shows up in our products and really resonates with the partners, investors and customers that are ultimately our muscle going forward."

The round was led by Prudential affiliate Gibraltar Ventures along with an affiliate of John Hancock/Manulife. It was joined by Kapor Capital, Capital Factory and Village Capital.

The round was Capital Factory's largest follow-on seed investment to date.

Know of a company that deserves coverage? Email us a tip.