The three-year-old Austin startup produces open-source software and hardware to standardize the protocols connecting the category of home and lifestyle consumer electronic devices known as the Internet of Things.

This year, WigWag was featured on Built In Austin’s list of 50 startups to watch. Last year, it was the most successful Kickstarter campaign in Austin tech.

The company describes its vision as “A world where you can easily check on loved ones and protect what matters most to you, where environments respond individually to people’s behavior, and a less wasteful world that delivers optimal comfort while saving time, resources and money.”

If that sounds like a basic summary of IoT itself, it’s because WigWag’s goal is to build a standard that can actually deliver on the smart home dream, instead of allowing it to languish while hamstrung by competing protocols. 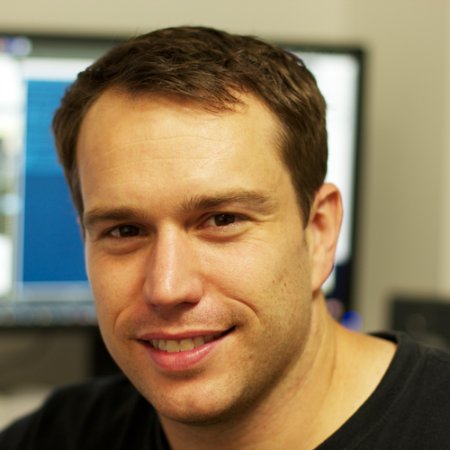 “There is a multi-trillion dollar opportunity for companies making IP networking and IoT work together by creating entirely new applications at the network edge,” he said in a briefing. “That massive change, which involves more intelligence being placed at the network edge, creates a tremendous challenge for traditional network equipment manufacturers and a tremendous opportunity for us.”

If anyone understands that opportunity, it’s Hemphill. He invented the open runtime WigWag is built on, called deviceJS. It leverages the simplicity, flexibility and power of javaScript to power web applications that select, control and listen to smart devices.

It makes it possible for developers to create applications that do things like adjust to an individual’s preferences of lighting, temperature or music automatically, without the complexity of server-side configuration or the compatibility issues that typically complicate interoperability between IoT devices.

Hemphill founded WigWag with Travis McCollum in 2013. Both men are graduates of the UT Austin McCombs School of Business and former colleagues at LifeSize Communications, a video conferencing product maker acquired by Logitech in 2009.

WigWag has 20 employees in Austin, San Francisco and China.