Pinpoint CEO and Co-Founder Jeff Haynie knows a thing or two about how engineering teams operate.

A seasoned software developer himself, Jeff dove headfirst into the entrepreneurial pool with ventures of his own, including Appcelerator, which raised nearly $90 million in funding before it was successfully acquired in 2016.

So when Jeff says that inevitable changes are coming for how software gets made, it’s worth a listen.

Instead of waiting for these changes, however, Jeff and his growing Pinpoint team are in the driver’s seat steering the industry toward these changes. Here’s how.

WHAT THEY DO: Engineers build solutions that help organizations operate better. But what about the engineers themselves? Pinpoint’s performance management platform helps those building the software build it better.

PIN IT: Employees can travel and explore different destinations during Pinpoint’s biannual, week-long company retreats, which are commemorated with collectible pins as a keepsake.

YOU PICK: Pinpoint operates in a tight-knit, collaborative office with a highly flexible work schedule.

ENTREPRENEURIAL EXCELLENCE: Those who thrive in environments where you map the territory as you discover it will excel at Pinpoint.

Get Alerted for Jobs from Pinpoint 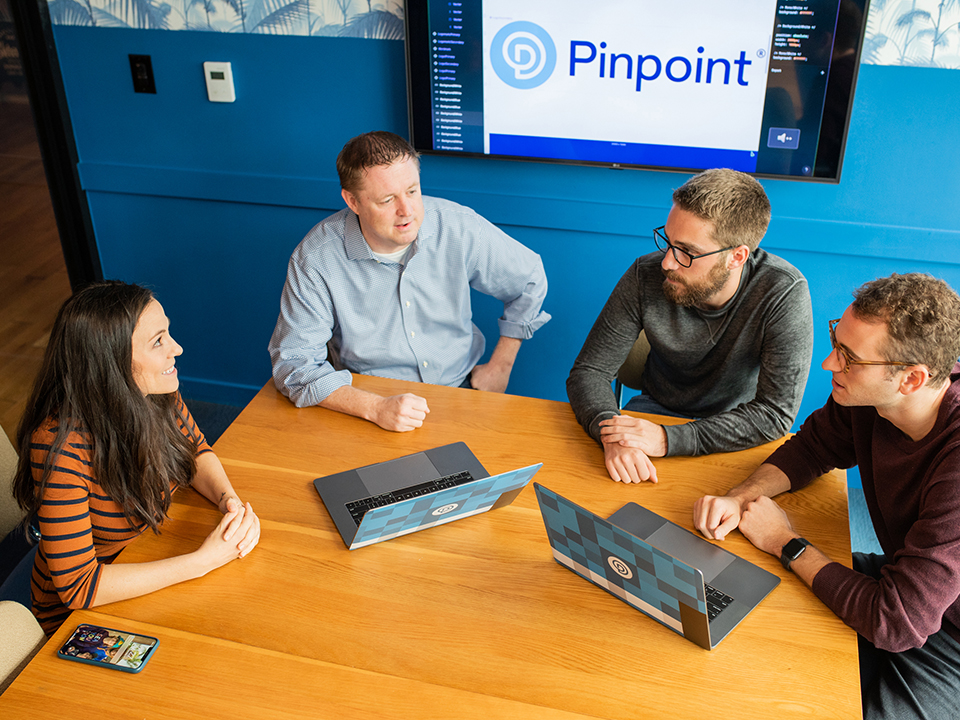 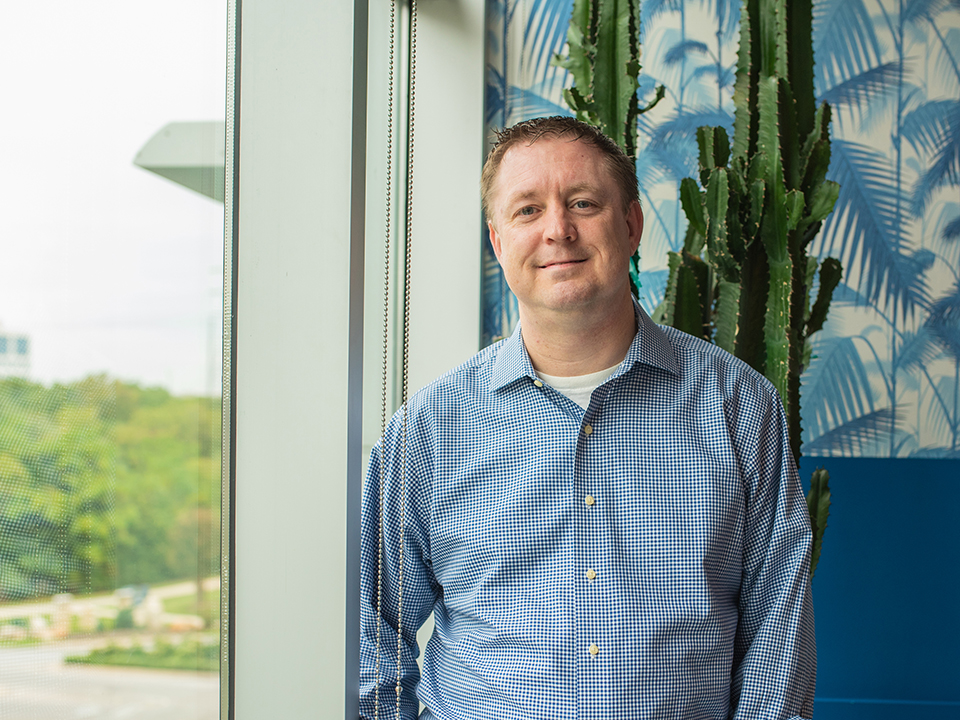 Following Appcelerator’s 2016 acquisition, Jeff teamed up again with Pinpoint Co-Founder and Chief Product Officer Nolan Wright to launch Pinpoint in 2017. Born from their own experiences as developers and as entrepreneurs in the industry, the two hope to bring clarity and data to the state of engineering.

What motivated the launch of Pinpoint?

It came from the pain I’ve experienced in building software companies and leading engineering teams. Historically, it’s just been really hard to understand the state of engineering — the usual approach involves meetings and spreadsheets and custom charts. My co-founder and I were convinced there had to be a better, data-driven way to capture engineering performance, especially in an age when AI is beginning to transform everything.

Engineering needs to be — will be — an equal partner in using data to show its performance and in language the business can understand.”

What industry changes are you starting to see within engineering, and how will Pinpoint drive these changes?

Now it’s engineering’s turn: What do we present? Burndown charts? That doesn’t mean anything to the business. Engineering needs to be — will be — an equal partner in using data to show its performance and in language the business can understand. Now, with Pinpoint, we feel we’ve cracked the code for how to do this, using system activity data and AI. But I’ll also say this — with or without us, this change is coming. 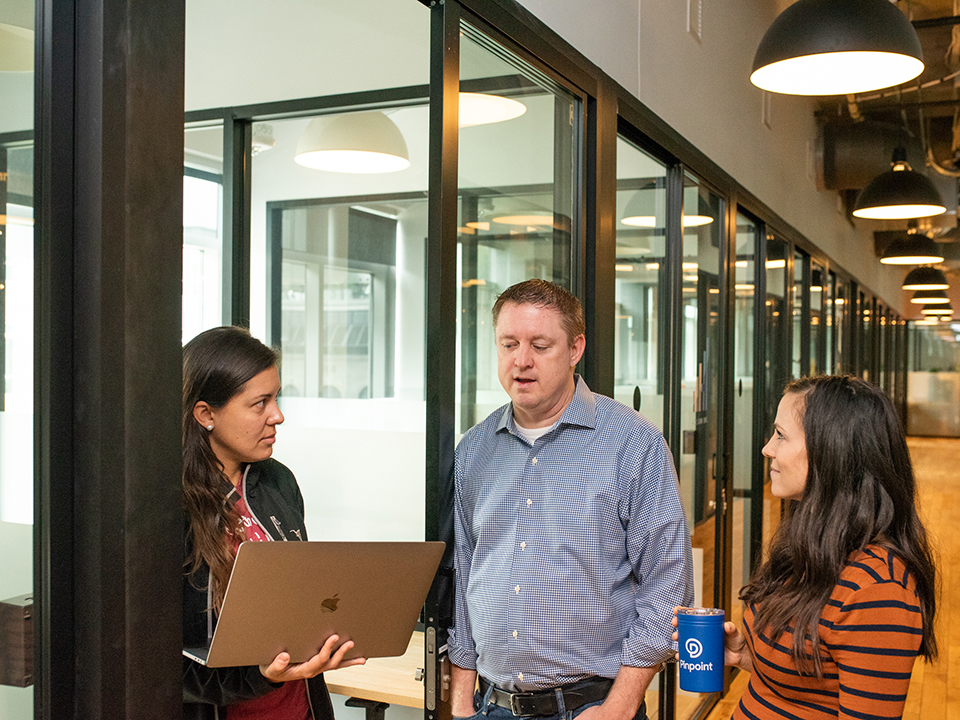 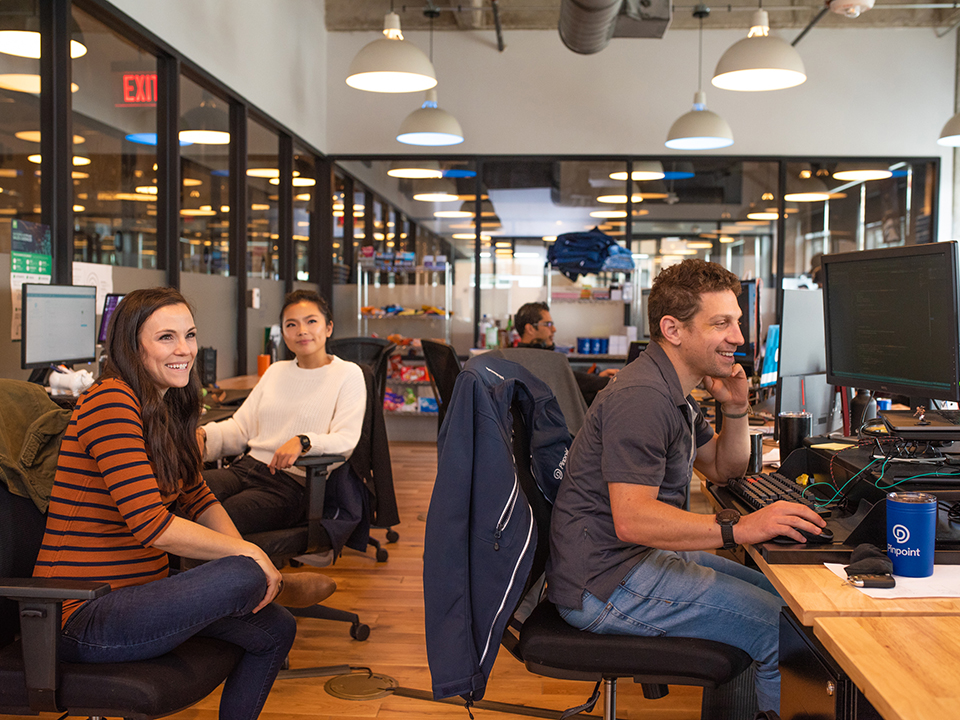 Get Alerted for Jobs from Pinpoint

What engineering issues do you think will be a main area of focus in the future that isn’t quite on people’s radars yet?

AI has probably achieved peak buzzword velocity, so it’s certainly on everyone’s radars. But what I think is still off the radar is all the myriad ways AI will change how engineering operates.

For example, every engineering organization has a backlog, which reflects every work request that’s been made of engineering. Typically, these backlogs build up almost in sedimentary layers. You can have years’ worth of requests and ideas, lots of which just stack up, waiting for time, investment, attention. One idea we had was to say, “What if we used machine learning to identify — to predict — which among these thousands, or even tens of thousands, of requests and ideas will actually require engineering resources?” So, we trained our machine learning models to do just that. It’s like an instant sifting of the haystack to find the needles, and this is just one example. The AI transformation is going to be immense.

I’ve yet to encounter a business problem that a smart team can’t fix.”

Of your self-authored “The Five Commandments of a Startup,” which of the five do you think is the most important?

It’s the one called “Build the Best Team (Really).” The right people, the right culture, can cover a multitude of other sins. I’ve yet to encounter a business problem that a smart team can’t fix. And the right people are also good about knowing their limitations and identifying the gaps that need to be filled by other smart people.

How have you interviewed and hired to (really) build the best team at Pinpoint?

As we say, good people beget good people. In slightly more modern terms, game recognizes game. A lot of hiring success comes from having built a culture that’s strong at recognizing the kind of people who will thrive here. The part that most people don’t talk about is what happens when you make a mistake. No company has a perfect batting record when it comes to hiring, and when you have a bad fit between a person and the broader culture, both suffer.

The companies that truly care about building the best team move fast on those mistakes. If you’ve reached 30 or more hires without having to let a single person go, what you’re saying is, “We’ve achieved perfect hiring.” Maybe. But it may also be a sign your build-best-team rigor is slipping.

Get Alerted for Jobs from Pinpoint
Responses have been edited for clarity and length.