How Yonder Got Companies to Stop Worrying and Love the Internet

What do a bunch of grandmothers have in common with the Russians who interfered in the 2016 presidential election? What about a group of passionate pop music fans and meme-hungry fast-food consumers?

On the surface, perhaps nothing. But once they start posting online en masse, they become internet factions that are capable of changing the public perception of a company, brand or public figure. Online conversations snowball quickly, and facts can fall to the wayside. To fully understand these dialogues and trends, it’s no longer enough to notice that a topic is trending and to take it at face value — the reason why something is trending has become the more relevant question.

Yonder is determined to find those answers. 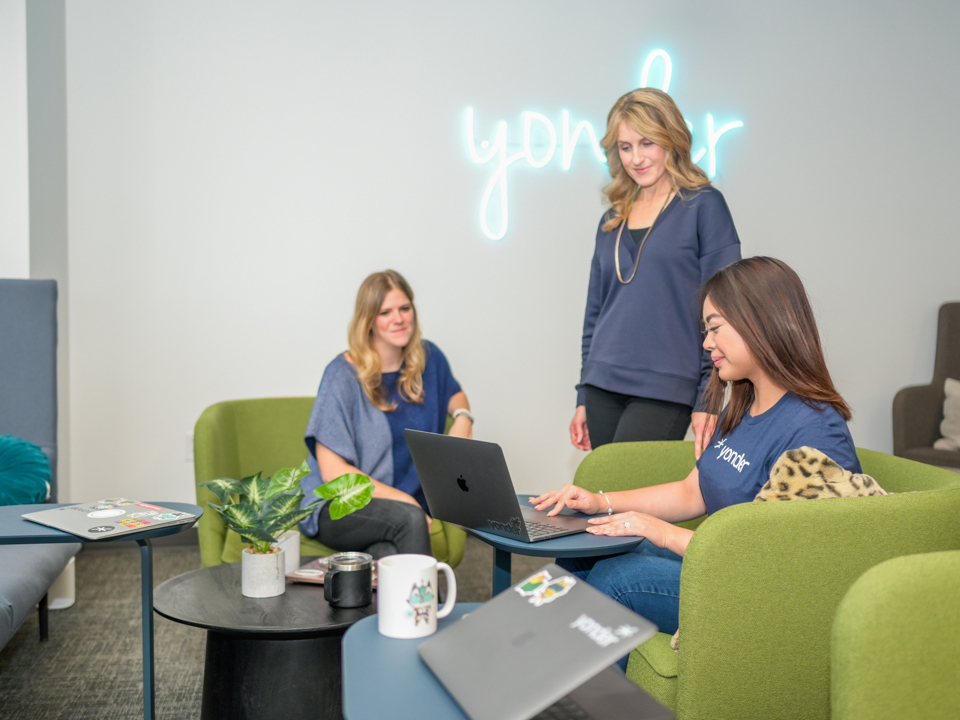 From Russia, with memes

Yonder is most widely known for writing a detailed analysis on Russian interference in the 2016 presidential election. Presented to the Senate Select Committee on Intelligence, the report identifies key ways in which Russian operatives meddled in United States politics by aggravating existing political tensions through the spread of disinformation and, unfortunately, mediocre jokes.

It’s not as black and white as it may seem: You can’t take the internet that literally.”

“The methods that worked out for the Russian Internet Research Agency were just memes, themes and narratives that got really sticky and evolved,” said Emily Brodman, head of product at Yonder. “Being able to understand where something came from and to see the context behind it is important. It’s not as black and white as it may seem: You can’t take the internet that literally.”

Nefarious foreign powers aside, one thing became clear: The internet was full of these types of forces, working overtime to change peoples’ minds online.

“It’s not just Russia and ISIS creating narratives — there are lots of groups online coordinating in the same way, like fans of Pitbull or Lady Gaga. While these factions aren’t threat actors, they use the same tactics to push their narrative,” said Annie Klomhaus, COO. “That is just how the internet works.” 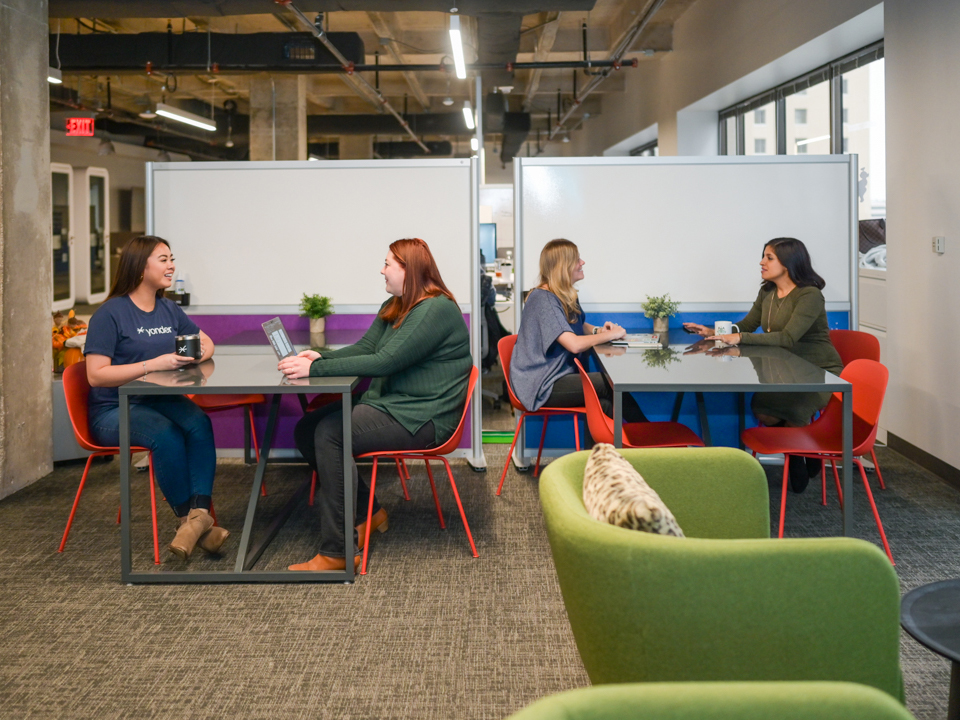 Since publishing the report, Yonder has widened the scope of its client base. It has identified that there’s an enormous opportunity to be had in dissecting the viral sensations that whip through social media and in identifying the causes and motivations behind them. It’s not solely government agencies who need help parsing what’s important and what’s not — it’s also companies trying to grasp what the hell is going on online.

“If you don’t understand the context of the internet, it’s really hard to make business decisions,” Klomhaus said. “Simply counting tweets doesn’t give you an understanding of the mechanisms, landscapes and cultural affinities that really drive the modern internet. We help our clients understand those dynamics and tease out what matters, what doesn’t, what they can ignore and what they shouldn’t.”

Get Alerted for Jobs from Yonder

In essence, Yonder is launching a new industry, rooted exclusively in bringing order to the nebulous, fickle world of virtual phenomena.

“We’re putting a frame around something that people know is there, but they just don’t have a way to articulate it. We’re not just crafting a narrative — we’re creating a language for people to be able to have a conversation in,” said Lisa Roberts, senior vice president of marketing. “There’s a sense of release when you have words for something. If you can name something, then you can start to solve challenges or find opportunities to capitalize on it.”

We’re not just crafting a narrative, we’re creating a language for people to be able to have a conversation in.”

That group of angry grandmothers can illustrate exactly how Yonder solves those issues. One of Yonder’s clients, a large media company, recently got caught in a huge social media backlash. Yonder discovered that this negative faction review-bombing the company was a group of concerned elderly women who were upset over the departure of their favorite employee. The social media outrage looked bad to the layperson, and without the whole context of the conversation, it would have been easy to misdiagnose the issue.

But Yonder saw it differently. “In reality, these women were upset about something wonderful: They were sad that this employee they loved was no longer there,” Roberts said. “It’s an amazing piece of guidance for businesses these days, to have this massively authentic piece of intelligence to help brands understand when there’s something they need to address.” 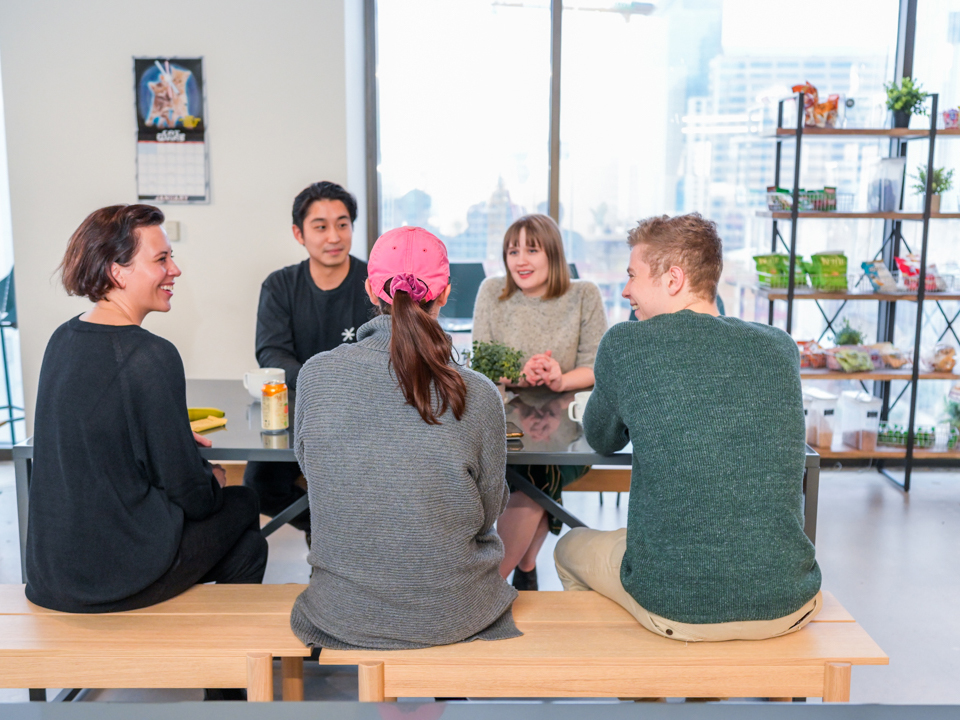 To help contextualize internet conversations, Yonder relies on the power of data — so much so that there are 16 team members on its data science team, a hefty sum for a company that tops out at around 60 total employees.

Together, they’ve built a model that prowls through a staggering amount of information — say, hundreds of millions of social media posts — and coverts that chaos into information that people can actually use.

“We’re building models that can say, ‘This group of accounts can be characterized in these ways,’ and translate that into information that is intelligible to a human, actionable to our users and scales. It means that we can leverage and get insights on far more data than any one person — or any one client — could possibly ever gain,” Brodman said.

Relaying that information to clients — and allowing clients to make informed decisions about changing up their messaging or waiting for the clamor to die down— will continue to get easier, thanks to the recent launch of a dashboard feature. Clients can see firsthand how they are being talked about online, how the conversation around their brand is evolving and ultimately, why they became a topic of conversation in the first place. 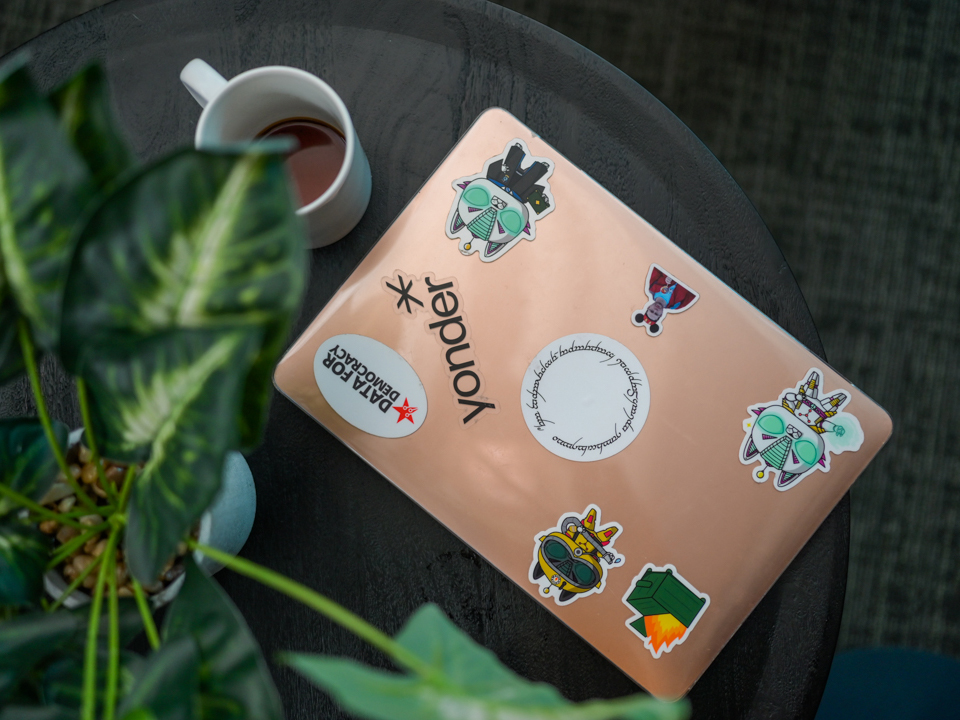 “If our clients are wondering what's going on in Hong Kong with their brand, for example, they can log into the dashboard, see the themes and track if there are any factions driving narratives around their brand, and if so, what the impact is,” Klomhaus said.

Yonder has widened its reach considerably in the past three years, but there’s no shortage of directions in which the company can grow. “We’ll soon be expanding our focus to a different user set to discover how we can help people who are responsible for developing marketing personas,” Brodman said. “How can we empower them with more information about their customers, or potential customers in an authentic way?”

Yonder has brought on a new CTO, Chelsea Valentine, to help further grow the tech team. “Yonder is in a unique position right now, in that they’re looking to formalize and scale its technology organization,” Valentine said. “It’s that same arc that you see any startup go through and I’m excited to help them do that — just enough to make sure that the team has everything they need to be successful.”

As their clientele shifts and grows, Yonder’s goal of creating a more authentic internet remains unchanged. And as humans living in the 21st century, it’s not just Yonder’s customers who benefit from increased transparency.

“This field matters for brands and for government entities that we’ve been working with, but the thing that’s most exciting is thinking about how this extends beyond those markets,” Roberts said. “As I’m engaging with content online — news, ads, message boards, reviews — I honestly don't have a ton of context behind who’s perpetuating that piece of content that I’m reading and likely trusting. This is the stuff that matters to you and me.”

Responses have been edited for length and clarity. Photography by Hannah Koehler.