Austin’s newest edtech team makes it easy to be a music nerd | Built In Austin Skip to main content
Loading... 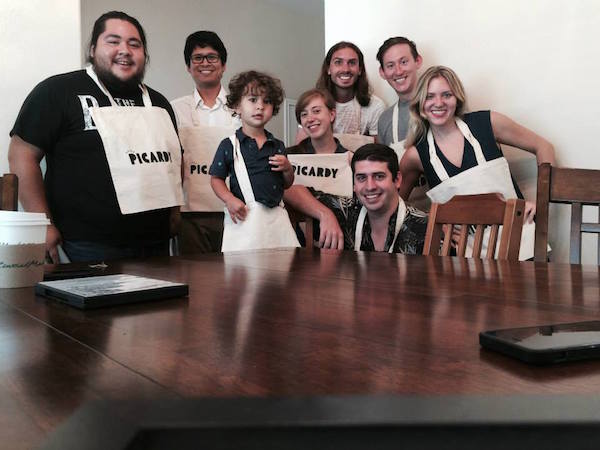 In some ways, learning an instrument is a lot easier than it used to be. Instead of enduring years of lessons and wading through exercise books, modern musicians can learn a lot online on their own. But the Internet is so crowded with amateur guitar tabs and YouTube lessons that sometimes the hardest part of learning a song is finding a tutorial that’s accurate.
A new Austin startup called

Picardy
View Profile
Follow
is taking a more disciplined approach. The team behind it is mostly composed of music teachers focused on the principles that go beyond learning to play the notes.
“We all have an idea about what it’s like to learn an instrument – learning what each key does on a piano, how to properly push air through a trumpet, how to draw the bow across the string on a violin,” co­-founder Cassie Shankman said. “But musicianship itself is the art of perceiving rhythms, melodies, harmonies, phrasing, modifications in tempo, dynamics, etc. — which is a very difficult skill to learn when you meet for only two and a half hours per week.”
As we’ve reported, edtech is a rapidly growing space. But the subcategory of music theory is a decidedly less crowded niche. The Picardy team watched that particular vertical closely for years as music students and teachers before jumping into the game as entrepreneurs and inventing the tool they wanted to use.
That labor of love began at The Butler School of Music at The University of Texas at Austin, where the Picardy team met and identified a demand for better practice tools. When their colleagues nationwide agreed the other solutions on the market were lacking, Picardy was formed to produce a series of interactive, browser-based quizzes to fill the gaps between lessons.
The site and its modules are designed responsively, so students can complete exercises on a phone or tablet if there isn’t a computer handy.
“We prioritize the user experience, so teachers can immediately get to the business of teaching, students can get right to learning, and no one is left frustrated with unnecessary obstacles along the way,” Shankman said.
As a company, Picardy is a lesson in working lean. The company is mostly bootstrapped, with the exception of a Kickstarter campaign that raised a little less than $7,000 from nearly 100 backers this summer. Eleven employees work remotely, relying on Slack, Trello, JIRA and the Google Apps suite for collaboration. They meet in Google Hangouts every other week, and gather at coffee shops in Austin once per month for a little face time over pastries.
The program is marketed to schools on a subscription basis.
“Bootstrapping has limitations, but it affords us the opportunity to be incredibly product ­focused, without worrying too much about meeting a specific sales number,” Shankman said. “We’re dead set on building, ­testing and ­iterating based on user feedback, from both the teachers and students.”
Looking ahead, Picardy is keeping that commitment to content. In October, the company set a goal to double its offerings in transcription and dictation exercises alone.
Team photo courtesy of Picardy.