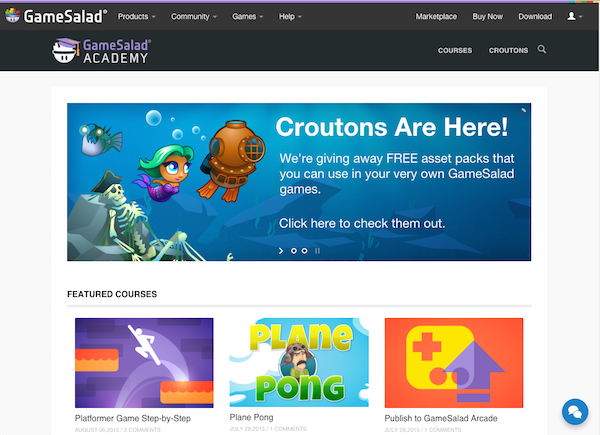 If you really love rock and roll, it doesn’t take long to learn a few chords on the guitar. But in the video game industry, the gap between the fans and creators is wider.
Austin-based 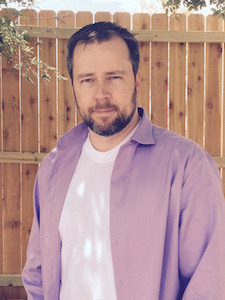 CEO Stephen Nichols (pictured right) said the site will open the door to game development for total novices.
“Our main differentiator is drag-and-drop functionality,” he said. “A lot of people out there have the ability to come up with a good design, and could actually implement their vision if there weren’t the impediment of learning some arcane language to describe that intent to the machine.”
The academy’s intuitive interface allows beginners to get started in less than an hour and share the finished product with friends. 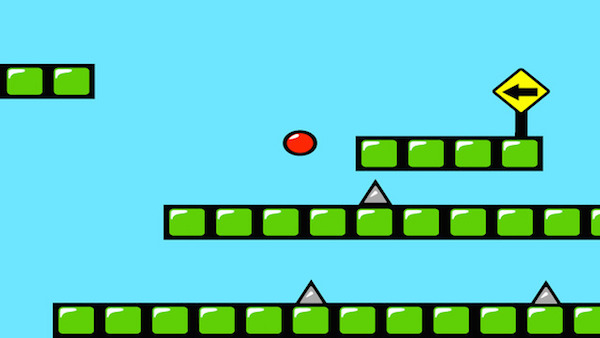 Even GameSalad’s paid service allows game developers to design, publish and distribute games without coding. The games can be run on iOS, Android, HTML5, Kindle, Windows and even Tizen.
750,000 users have used the software to create more than 200,000 games. More than 75 of those, like ePig Dash, have cracked the Top 100 Games in Apple’s U.S. App Store. One user’s game, Red Bouncing Ball Spikes, even ranked #1 in the U.S. store.
Among Nichols’ favorites is Federico Fanelli’s Mazes of Karradash, which TouchArcade.com called “a great lightweight retro-ish dungeon crawler."
Nichols transitioned from CTO to CEO of GameSalad in June and pivoted the company to an all-paid subscription model. The basic version of the software costs $19 per month or $199 per year. The pro version allows game developers to monetize the games they publish through the service, and costs $29 per month or $299 per year.
Previously, GameSalad’s strategy was to offer its development tools for free and only charge members to host their games once they’re published.
The previous CEO, Steve Felter, had been pushing for moving toward a paid model for the development tools while maintaining some free content. But Nichols examined site data and saw many users logging in frequently to use the free development tools without ever publishing a game.
“It’s always scary to make that shift,” he said. “Giving stuff away for free to try to get adoption has an interesting side effect: It changes how people perceive your product. So when you decide to make it paid, at first there’s some fear. But that’s subsided. People are really cool with this idea and our revenue is growing.”
Additionally, Nichols said paying customers give GameSalad more incentive to improve their product.
“You don’t have a lot of pressure to improve a product for free users,” he said. “That’s been our challenge—getting out from under some of the tech debt that we let accumulate over the years because of our focus shift.”
GameSalad launched in 2007 as Gendai Games. Since then, the company has raised more than $7 million and grown to 10 employees.
Looking ahead, Nichols said users can look forward to a browser-based version of the GameSalad app in 2016. The GameSalad development suite has existed exclusively as a desktop app so far, but now Nichols isn’t even ruling out developing games in a tablet’s mobile browser.
Have a tip for us or know of a company that deserves coverage? Email us via [email protected].