This startup wants to turn Austin's hottest restaurants and bars into coworking spaces during the day | Built In Austin Skip to main content
Loading... 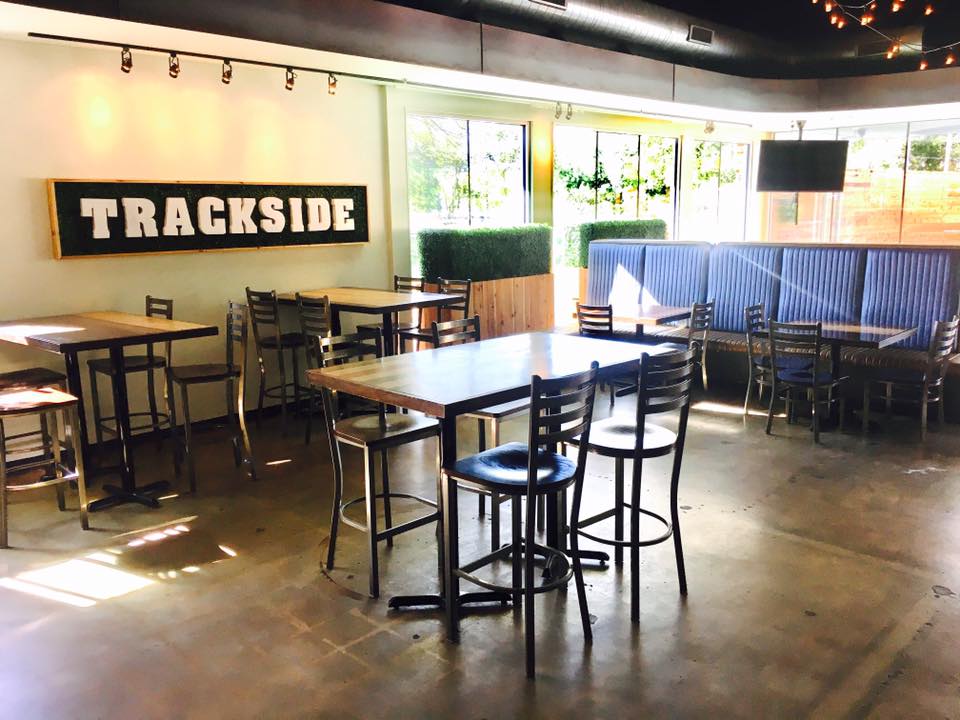 In October, a new kind of coworking space launched in Austin — one that you can roll into at 9 a.m. and stick around for drinks following a hard day’s work.
Meet Switch Cowork, the new company turning restaurants and bars into coworking spaces for freelancers, startup and remote employees. The brainchild of founders Christa Freeland and Jacob Morin, the idea is to turn a restaurant's vacant tables and bartops while it's closed during the day into space that's ready-made for getting some work done — without the noisy waves of patrons.
Morin originally suggested modeling a new type of coworking space after that of a coffee shop, calling it "Coffee Shop 2.0." But Freeland countered with an idea of her own.
"When he told me about this idea, I thought that that isn’t the point, " said Freeland. "The point is that the shared work space is the way people will work in the future. Coffee Shops 2.0 is a risk. It’s more expensive. So I suggested getting bar owners to open during the day to do a share program, and we'll bring people to the space."
And so they did. The service most recently partnered with restauranteur Bridget Dunlap at her E. 6th Street eatery, Trackside.
For $85 a month or $7 a day, members can set up shop at the sports bar and restaurant outside its normal business hours. They can work inside or outside on the restaraunt's shaded patio and take advantage of a 15 percent discount off any menu item when it opens in the evening. Freeland added that most members stick around for dinner and cocktails to avoid Austin's traffic before heading home.

According to Freeland, they chose this location carefully due to the space’s ample table space, quantity of outlets, secured Wi-Fi connection and plenty of parking.
"A handful of restaurants have reached out, but we’re picky in who we work with as a location because the number one thing is that we are looking to create a certain type of environment for our members,” Freeland said.
Freeland said they plan to continue adding more vetted locations and ultimately make all establishments accessible to members looking to rotate spots throughout the month.
Freeland and Morin priced out Switch’s membership fees by analyzing how much a person would spend if they visited a coffee shop to work in daily. Estimating that each trip costs between $7 and $14 for coffee and a snack or meal, Freeland said most people would end up paying north of $100 per month.
“We’re very competitive with the coffee shops, and you get a good community network, “ said Freeland. “The table space is bigger. It’s a more controlled environment to be productive in. It has portable adapters, outlets everywhere, strong Wi-Fi that’s secure and fast. It’s the small little details that can really affect your experience. And the experience we want to provide is the most productive way to cowork.”
Interested members can try the membership with a free week trial before committing to a monthly agreement. Freeland said people can stop in at Trackside between 9 a.m and 5 p.m. or sign up via the website to check things out.
Images via Switch Cowork.
Want to get in touch? Say "Hi" with a tip or on Twitter @BuiltInAustin