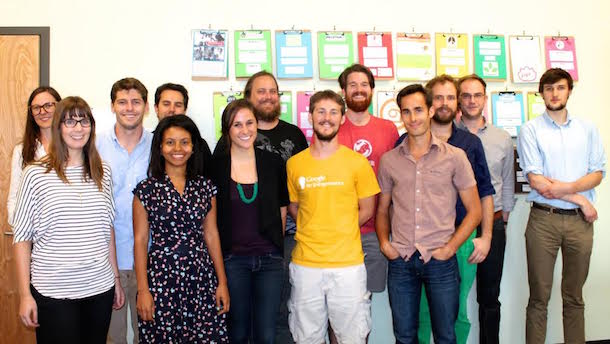 Some of Austin's brightest social entrepreneurs at UnLtd USA.

Zoe Schlag had her choice of cities to launch UnLtd USA, the country’s first iteration of the social entrepreneurship-focused accelerator group. In 2013, she and three others visited and evaluated Oakland, CA, Boulder, CO, Boston, New Orleans, New York, D.C. and Philadelphia.

And fit it does. Its first cohort of five Austin-based social entrepreneurs began the year-long program last August. Schlag said UnLtd received 80 applications for the first cohort. The second cohort starts in April.

In talking with Schlag and Philip Berber, founder of Austin-based Enable Impact, the same facilitators in Austin’s social entrepreneurship scene came up in conversation. Both mentioned Center 61, the coworking space for social businesses and entrepreneurs that UnLtd USA works from. They also named Verb, which accelerates social enterprises from around the world, and Capital Factory.

The tech infrastructure is strong, as indicated by the nearly $1 billion Austin digital tech startups raised in 2014. Undoubtedly, Austin is shaping up to be a great place for social entrepreneurs (just check out this awesome map from UnLtd USA and mapping wizards Kumu!)

Here are 7 amazing Austin companies that impact investors surely have their eyes on! 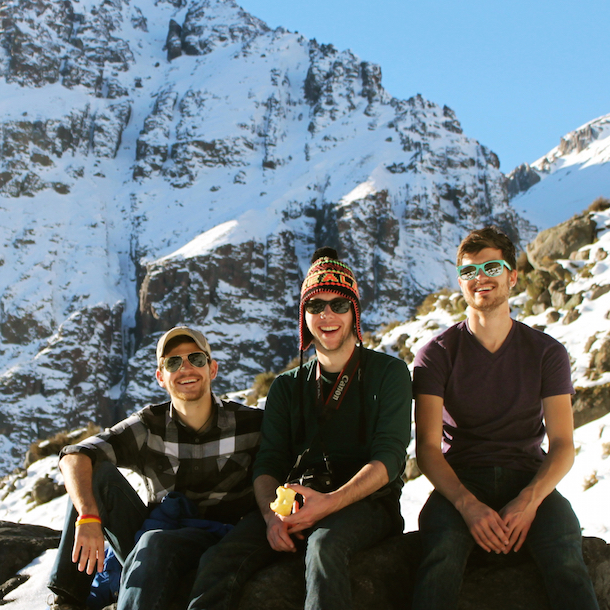 Bractlet
View Profile
Follow
Founded in 2011, Bractlet set out to achieve the following: a world where buildings use only the energy they need. The platform analyzes data on a micro level — light bulb to light bulb, for example — and also on a macro level, tracking the entire building’s energy use. Real-time analysis is coupled with real-time solutions, so that people save energy easily. 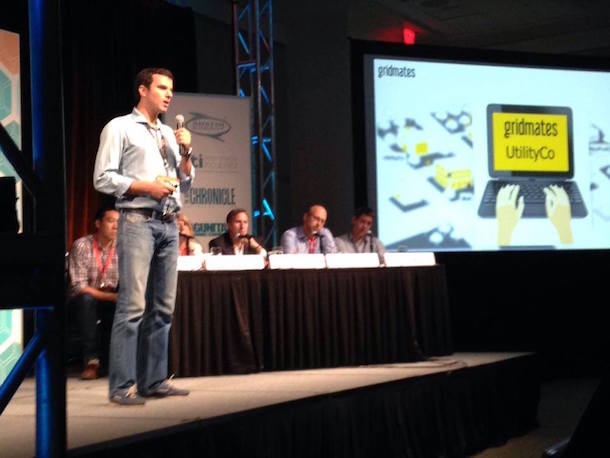 Gridmates
View Profile
Follow
Through Gridmates, anyone can donate energy from their laptop, tablet or smartphone. Users select a dollar amount or energy amount, see how many days of electricity it provides to a given home, and donate!

“In the U.S., there are 40 million people that are at risk of experiencing energy poverty,” said George Koutitas, CEO and co-founder of Gridmates, a portfolio member of Austin-based International Accelerator. “We can help them by sending some energy units.”

Founded in March 2014, Gridmates recently launched a pilot program with the Community First! Village, a 27-acre community in Austin that provides homes for more than 200 homeless persons. Koutitas hopes the village will be the first community powered by crowdsourced energy. 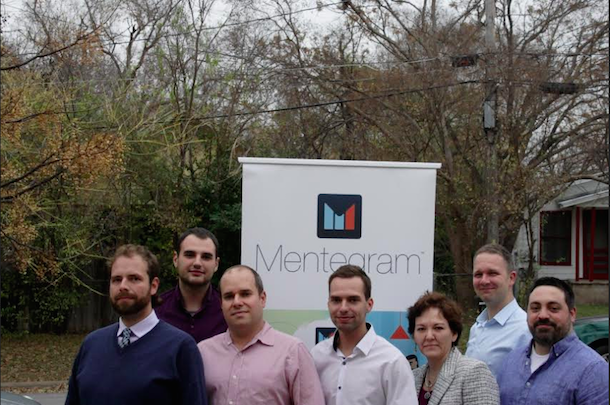 Mentegram Inc.
View Profile
Follow
In a peer-reviewed report most recently updated in Dec. 2014, doctors claim that nearly 20 percent of Medicare patients are readmitted to the hospital within 30 days after discharge. Unplanned readmissions cost $17.4 billion in 2004. One catalyst for readmission is a discharge to an environment where the necessary diagnostic or therapeutic intervention or careful monitoring is absent. That’s where Mentegram comes in.

Founded in April 2013, the Mentegram app enables clinicians to easily monitor patients’ emotional and mental status outside of therapy sessions, allowing for better diagnosis and the ability to identify and rectify warning signs. Mentegram is part of UnLtd USA’s first cohort and will host an exhibition March 16 and 17 at SXSW Interactive’s new SX Health and MedTech Expo.

Patient IO
View Profile
Follow
Innovative health care companies are all the rave right now. Austin-based health care tech companies received $54 million in funding in 2014, and Filament Labs accounted for just more than $1 million of that. The company’s signature product, Patient IO, is a platform that enables health care professionals to easily equip patients with care plans. Practitioners can analyze data and determine individualized treatment. Furthermore, patients who have special needs can choose to share their data and care plans with caregivers, family and friends. 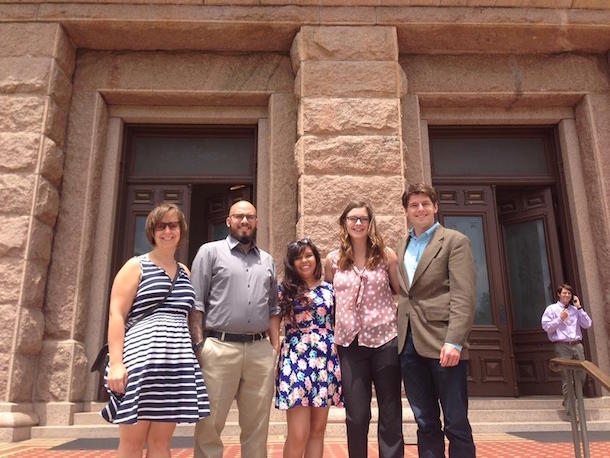 PelotonU
View Profile
Follow
PelotonU, which is also part of UnLtd USA’s first cohort, is moved by these stats from the E3 Alliance: 37 percent of students at community college drop out prior to their second year. Six years after starting school, 52 percent of college students haven’t graduated. Seventy-two percent of low-income students start college and don’t graduate after six years.

“The ones who drop out are usually working, and they’re usually the ones who would benefit most from a college education,” said Hudson Baird, executive director at PelotonU. “We want to provide a pathway to earn their degree.”

Founded in Oct. 2012, PelotonU’s debt-free blend of online education and in-person mentorship has served 30 students. This year, the startup plans to welcome 60 more. Baird said by 2020, PelotonU wants to have served 1,000 students and instructed 10 other organizations on how to offer a similar program in their communities. PelotonU teams up with regionally-accredited online universities, allowing students to take a class when convenient. 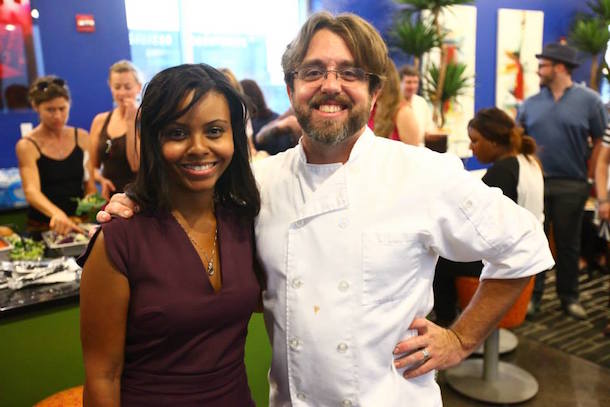 When Lauren Foster’s estranged brother asked to come live with her when she was in college, she welcomed him with open arms. However, as a college student, Foster couldn't afford to feed him. On his first trip to the grocery store, he used his entire food stamp budget on potato chips and ground beef. In Foster’s eyes, her brother’s shopping spoke to a challenge millions of Americans face: eating healthy on a tight budget. So, she founded Stretch Recipes, which helps people easily eat nutritiously and save money.

"We’re on a mission to help everyone eat better and save more," Foster said.

Stretch Recipes accomplishes that through Stretch, a mobile app where users enter budgets, choose a recipe and receive a shopping list and available coupons. The app is currently being tested.

The 2014 midterm elections saw the lowest voter turnout in more than 70 years. In San Antonio’s 2013 general elections, just more than 7 percent of registered voters turned out. ThinkVoting, launched in Jan. 2014, seeks to reverse that trend countrywide.

The Voting App separates valuable information from noise. Side-by-side candidate comparisons and pros and cons of legislation makes getting the important information easy. ThinkVoting successfully tested the app during Austin’s most recent midterm elections last November and hopes to be nationwide for the 2016 Presidential Election.

“Elections are only the tip of the iceberg of what we are going to accomplish between now and 2016,” said Jeff Cardenas, co-founder of ThinkVoting, which was recently accepted into Capital Factory’s accelerator program. “We are going to use these devices that we all carry around in our pockets to make everyday citizens more powerful than ever before.”