Austin has the fastest growing tech scene in the U.S. 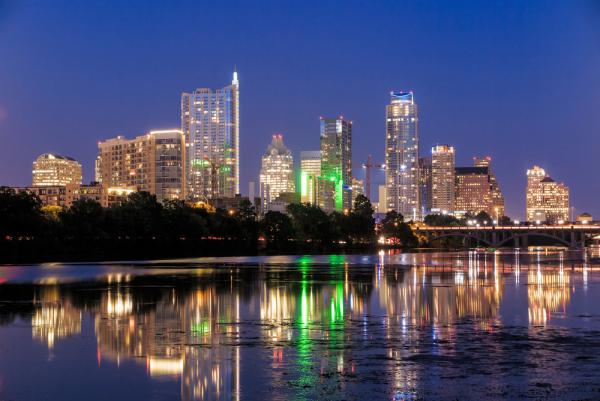 There is no doubt about it, Austin is hot right now. No I'm not talking about the weather — it’s actually pretty nice outside — I'm talking about Austin's tech scene. A report from Forbes has named Austin the number one city for tech growth, narrowly beating out Raleigh, North Carolina.

According to the study, Austin’s tech scene has grown by an incredible 73.9 percent — more than any other major city in the United States. What’s more, there has been a 36.4 percent increase in STEM jobs in the city, and there are now just over 86,000 Austonians employed in STEM jobs. Clearly it’s a good time to be a geek in Austin.

Just last year Austin tech startups saw almost a billion dollars in funding, and over $400 million from exits. According to a comparison betwen Built in Austin's data and historical data from Thomson Reuters, in 2014 Austin startups received 123 percent more funding than the year before.

A number of other cities not traditionally associated with high-tech jobs also scored very high on the list. Amazingly, or at least surprisingly, Houston took the number four spot. Houston has seen its tech industry grow by 42.3 percent over the last 10 years.

While conventional wisdom tells you that everything is bigger in Texas, the numbers don't exactly support that view. Even though Austin's tech scene is growing the fastest, there are still almost 5 times more people working in STEM jobs in the San Francisco area.

At any rate, it is looking like a good time to be an Austin techie.