by Colin Morris
Editor's note 12/17/15: This story was updated to clarify Favor's delivery charges and earnings guarantee for Runners.
The gig economy may have its challenges, but it isn’t showing any signs of slowing down—especially as new solutions emerge to support it. For many of its independent workers, the gig economy isn’t even a full-time job, but more of a way to make extra money on the side.
Even if city council approves an ordinance today for more stringent safety requirements that sends Uber and Lyft packing, there are plenty of other ways to cash in on the trend, just in time for last-minute holiday shopping (and the austere months that follow).
Here are seven of them.

This week, Amazon rolled out food delivery in Austin from more than 60 restaurants (count ‘em) for Prime members. Combine that offering with the same-day shipping on a massive selection of other items through Amazon Now, and you need a pretty big workforce to deliver on the promise.
Amazon is expanding that delivery force with part-time drivers it’s hiring through something called Flex. It works like a lot of other on-demand delivery services, some of which are included in this list. But it’s only open to drivers at the moment, not cyclists or walkers.
Also, Amazon Now items include alcohol delivery, so you’ll have to be at least 21 years old.
Amazon estimates you’ll make $18-$25 per hour and have consistent work seven days a week.
You can apply for Amazon Flex here.

Founded in Dallas and launched in Austin this week, the ride sharing and on-demand delivery service Get Me says it has no problem with the fingerprint-based background checks Uber and Lyft are trying to avoid.
Drivers called Go-Getters are available to deliver goods or people. The app’s focus is to blend the transportation and delivery offerings from the start rather than transitioning and integrating them over time as competitors have done.
You can apply to be a Go-Getter here.

The newest addition to Austin’s sharing economy might also be the easiest way to make money.

ParXit
View Profile
Follow
went live in the iOS App Store on Monday and lets you earn money by renting your driveway to drivers looking for parking in South Austin’s 78704 zip code.
Rates in the app range from $2 per hour for listings like “MULTIPLE DRIVEWAY SPOTS AVAILABLE” to $6 for fancy ones like “PLEASE DO NOT BLOCK MY TRASH CANS. ENJOY!”
Click here for our full story on ParXit, and download the iOS app to sign up. 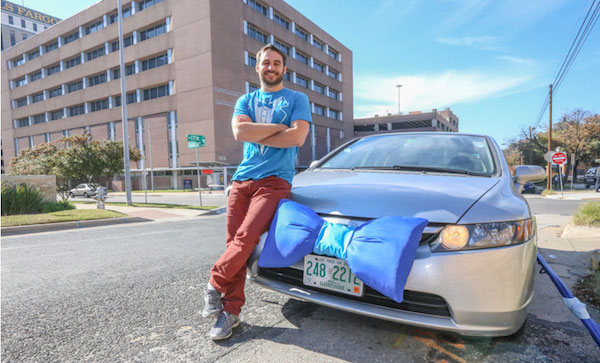 One of Austin’s most high-profile gig economy startups is

Favor
View Profile
We are hiring
Our HQ, the Eastside Tech Hub, is located in the heart of East Austin with close proximity to downtown and easy access to I-35.
, if you can even still call them a startup. The company passed the milestone of one million deliveries in November, and launched in three more Texas cities earlier this month, bringing its market count to 18.
Favor says its Runners make an average of  $10 to $15 an hour per hour as independent contractors, with a guaranteed minimum of about $9 per hour (varies by city). Favor charges customers $5-$6 per delivery (also varies by city), plus five percent of the total cost of the item purchased. In addition to your slice of that pie as a Runner, you keep 100 percent of your tips.
Naturally, the runners choose the hours, although demand generally spikes around mealtimes.
You can apply here.

Roostio
View Profile
Follow
will pay you without you having to do any extra work. The company pairs advertisers with drivers willing to turn their cars into billboards with a branded vehicle wrap, then go about their day. The advertiser gets exposure along your route, and you get paid for being the literal vehicle for their message. The service is launching soon, and you can sign up for early access here.
No official word yet on the rates Roostio pays drivers, but the wrap is professionally installed and removed free of charge, after which the payment is deposited to your PayPal or bank account in one lump sum. 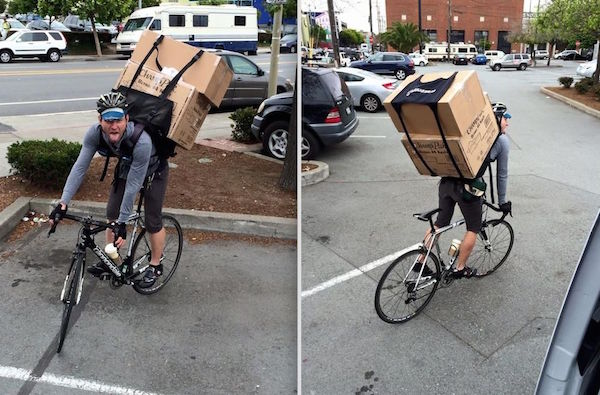 San Francisco-based Postmates offers a similar model to Favor, but it’s a bit more expensive. Deliveries start at $5, depending on the capacity of the network, plus a nine percent service fee and the optional tip.
Testimonials from former Postmates call into question the “up to $25 per hour” wage the company advertises. One blogger, who used to be an engineer before turning to ridesharing full time, calculated earlier this year that Postmates in the LA area could earn between $10 and $18 per hour before expenses.
Apply here and see for yourself.

This is actually an old fashioned idea, updated with 21st century tech branding: Make extra money in college by working for a moving company. Emphasis on the college part. Bellhops are required to enter their school’s information on their applications, including the year you expect to graduate.
Like so many other gig economy platforms, Bellhops lets you set your own schedule. But, they book moves 48 hours in advance and send your personal information to customers, so it’s not for spontaneous types.
Bellhops shoulder other responsibilities, too, like calling customers before the move to confirm the schedule and make sure they’ve reserved the elevators in their building.
Here's where you can apply.
Have a tip for us or know of a company that deserves coverage? Email us via [email protected].
Jobs from companies in this blog32 open jobs
All Jobs
Finance
Data + Analytics
Design + UX
Dev + Engineer
HR + Recruiting
Marketing
Operations
Product
Content
Data + Analytics