How to solve Austin’s parking problem: Rent the driveway

by Colin Morris
Editor's note: This article was updated 12/14/15 with a link to the app when it went live in the iOS App Store. 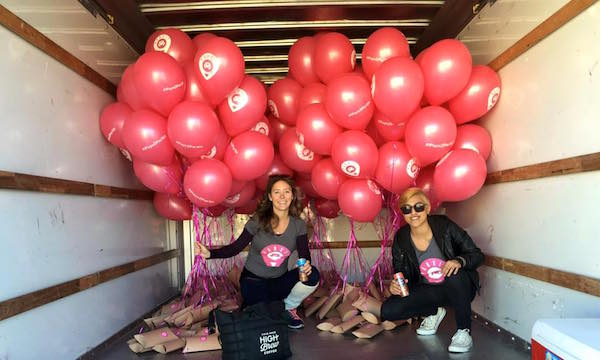 ParXit’s first publicity stunt didn’t quite go as planned.
All 1,200 balloons arrived on time, but the team who was going to spend the day planting them in 1,200 South Congress driveways from the back of a U-Haul truck hadn’t anticipated their strings all being twisted together.
The team eventually separated and distributed them in South Austin for ParXit’s initial test market of the 78704 zip code. Notes attached to the balloons asked residents what they would do with the money if their driveways were earning them extra income.
Since then, the balloons have been the only tangle.

ParXit
View Profile
Follow
(pronounced “Parks it”) officially launched in September to answer one question: Whether Austin’s parking problem could be eased or even solved—and monetized—with a driveway sharing economy of the Airbnb variety.
The iOS app is under review by Apple and the company expects it to be live by next week. Update 12/14/15: The app is live.
That agility is due in part to the humility of ParXit’s creator, a UT Austin student named Mason Hunt, who handed over the reins of his brainchild to a group of product development veterans the company proudly describes as “a SWAT team.”
Jonathan Kanarek is a top adviser for the startup and its chief strategist. He’s been a founder and adviser at Texas startups for a little under a decade, and said ParXit’s tight team of type A personalities includes a strong marketing voice that commands attention.
“We want to go past bold, but less than obnoxious,” he said. “It’s worked.”
After the balloon stunt, ParXit got a few emails saying the idea is terrible and will ruin neighborhoods, but Kanarek said the majority of responses were positive.
Kanarek said that was the whole point.
“The goal was to get the driveways,” he said. “The first step to bringing a consumer-based service like this to market is I have to provide value. So if I’m going to bring on parkers, well, I better have spots to park in.”
It’s looking like Kanarek and company will. Roughly 30 percent of the balloon campaign’s target audience signed up to be eligible to rent out their driveways to strangers when the service launches.
Which means the next test for the ParXit concept is in a matter of days. If the app succeeds, expect to see the company raising money early next year—and a lot more balloons.