8 Austin companies going all out to give back

by Colin Morris
There’s no shortage of altruism among Austin’s tech companies. Many raise funds for local charities through parties and competitions, while others devote their entire product and purpose to social good.
So it’s no surprise that Austin tech is generous during the holiday giving season, even as deadlines loom at the end of the year. If your startup is looking for a way to give back, here are eight stories from local companies to inspire you. 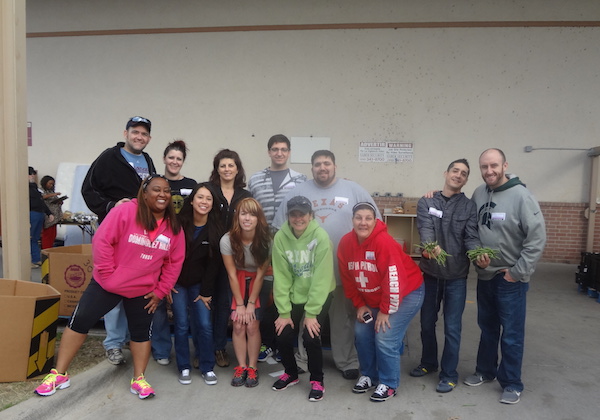 LegalZoom
View Profile
We are hiring
Zoomers, as employees are called, are given two days of paid time off to volunteer at a charity of their choice every year. The company also matches their group fundraising efforts.
Zoomers regularly organize fundraisers to support breast cancer awareness and ovarian and prostate cancer research. They also support various local charities such as Round Rock Food Bank, Capital City Food Bank, SafePlace, Don’t Bully Me, and Pets Alive.
During the holidays, Zoomers go the extra step and sponsor families at SafePlace, fulfilling the holiday wish lists of families recovering from abuse.
Not only do they provide all the gifts on their lists—which range from baby items to basic household essentials—they also raise additional money to provide extra gift cards.
"We promote awareness of charity and social responsibility, and our positive company culture strongly supports giving back to the community,” said Jennifer Kettler, manager of talent management. “Our LegalZoom Service Committee's focus is encouraging employees to engage in their community and make positive change locally, nationally and throughout the world."
They're Hiring | View 15 JobsLegalZoom is Hiring | View 15 Jobs 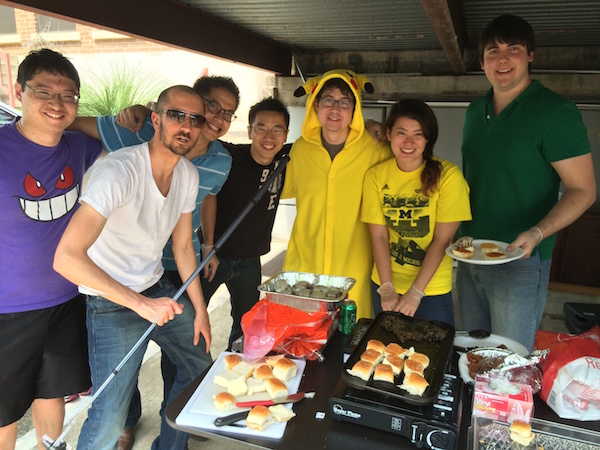 Civitas Learning
View Profile
Follow
For the past three years, Civitas Learning has participated in "The Austin Cup" bowling tournament, benefiting the Center for Child Protection. They gather up a team of bowlers and compete against other Austin companies for trophies in categories like highest score and team spirit.
Civitas raises money before the event with cook-off competitions in the parking lot of their former West 5th Street office. Employees vote for their favorite foods with cash donations in a box at each station.
The money benefits the Center for Child Protection and The Austin Cup bowling tournament takes that preliminary fundraising into account for different awards.
The company is planning a new tradition of a chili cook-off in January 2016 in the kitchen of their new space at 100 Congress.
“Our employees have so much fun working together in teams of people they may or may not work with on a daily basis all while using their powers for the greater good,” said Emily Washburn, an employee experience specialist. “We love to partner with organizations that align with our values, so working with the Center for Child Protection is a natural choice.”
Civitas promotes the events to friends, family and partners on their Facebook page. Washburn said all the details will be posted as soon as the date is set.
Get Alerted for Jobs from Civitas Learning 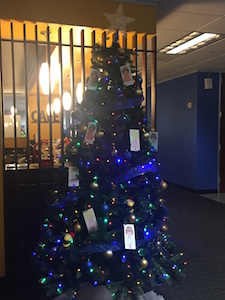 Buzz Points participated in a canned food drive for the Capital Area Food Bank of Texas this year, as well as the Salvation Army’s Angel Tree program. It was the company’s first year working with both charities.

“In a matter of minutes of posting these items in our office, our team started filling boxes with food and the Angels were picked off of the tree,” Client Services SVP Will Andrews said. “The stress of Christmas or just not knowing where the next meal will come from can be a scary feeling, so we encourage everyone to donate or volunteer to help put a smile on someone’s face.”

Get Alerted for Jobs from Buzz Points, Inc. 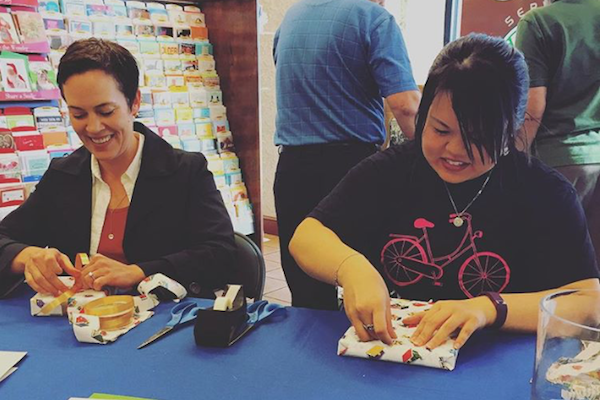 Predictive Science
View Profile
Follow
This year, Predictive Science employees volunteered to wrap gifts at Barnes & Noble in exchange for donations to Foster Angels of Central Texas, a nonprofit organization dedicated to improving the lives of children in foster care.
“We were looking to give back over the holiday season instead of just making donations,” said chief of staff Helen Chen. “This was the first year that we participated, and we plan to give back every year.”
Get Alerted for Jobs from Predictive Science 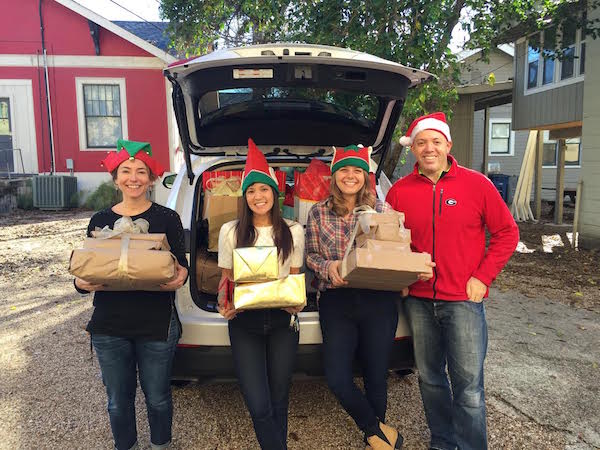 Square Root
View Profile
We are hiring
This year, Square Root gave each of its cross-functional teams a budget for a charitable initiative. Each team decided how to get involved this holiday season, then presented their chosen charity project to the company.
The company saw 100 percent participation from employees, who offered donations and service to Any Baby Can, Foundcom, Girlstart, Partnerships for Children and Together We Rise.
“One of our core values is thrive,” said Courtney Branson, who is Head of HR for Square Root. “We see it as part of everyone's role to create a work environment they find motivating and fulfilling. In that spirit, there's been a real movement here around making sure we give back to the Austin community. Our program allowed our employees to be the drivers of how they participate and decide what's important to them. We can't wait to do it again next year!”
They're Hiring | View 1 JobsSquare Root is Hiring | View 1 Jobs 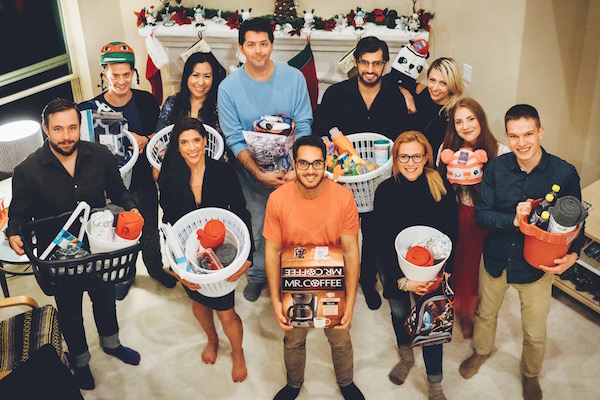 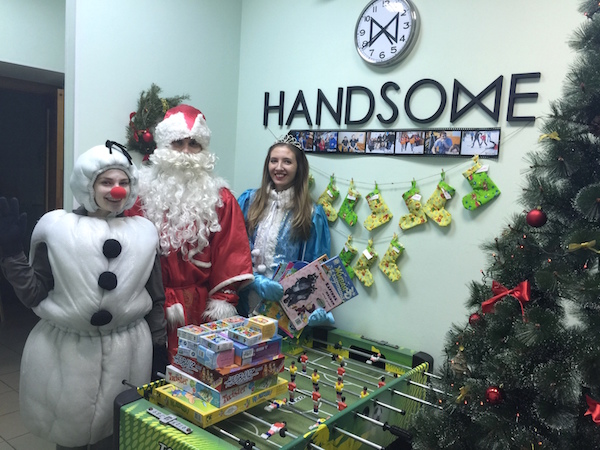 Handsome
View Profile
Follow
“This year, Handsome will be foregoing the lavish holiday party to focus on the true meaning of the holidays,” said chief strategy officer Val Vacante. “Togetherness and giving back to the Austin community.”
Handsome scaled back the budget by hosting a holiday potluck at a team member’s home with party games. It then chose Caritas of Austin’s "Home for the Holidays" initiative in the East Austin neighborhood where Handsome makes its home.
For the holidays, Caritas is collecting home and kitchen supplies, bicycle gear, and cold weather essentials. This gave the Handsome team flexibility in choosing their contributions, which they delivered Monday.
“Handsome encourages team members to volunteer and support the community the way that they feel is best for the community,” Vacante said. “One of our team members teaches semester-long math courses after work to at-risk children in East Austin. Another is about to travel to her hometown of Juarez to bring blankets and supplies to those in need. We also have a plethora of dog lovers who enjoy helping out at Austin Pets Alive.”
Efforts in Austin are not isolated; Handsome is global and the office in Omsk, Russia, is also organizing a drive. This year, they are collecting gifts for children receiving long-term treatment for endocrinological diseases. Two of Handsome’s team members will dress as the Ded Moroz, the Russian version of Santa Claus, and Snegurochka, his granddaughter who accompanies him. The costumed employees will put on a performance for the children when the group distributes gifts on December 22nd.
“Handsome is a tight-knit group, so having each other’s support goes a long way,” Vacante said. “We are also a very competitive bunch, so we are currently exploring the idea of creating teams and scoreboards to further motivate volunteering.”
Get Alerted for Jobs from Handsome 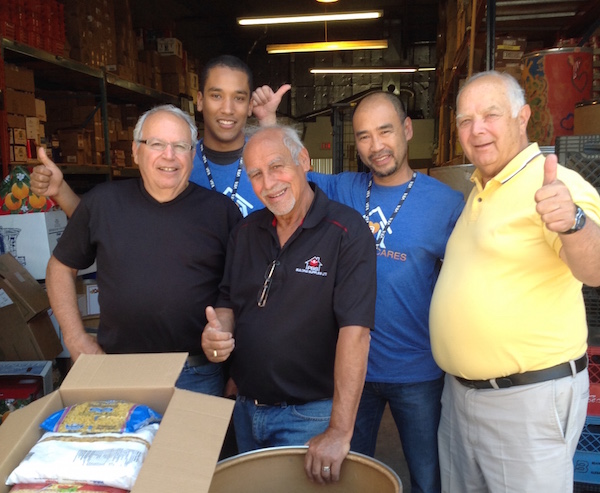 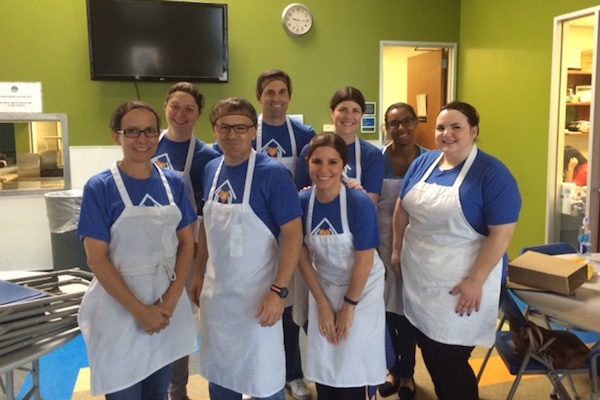 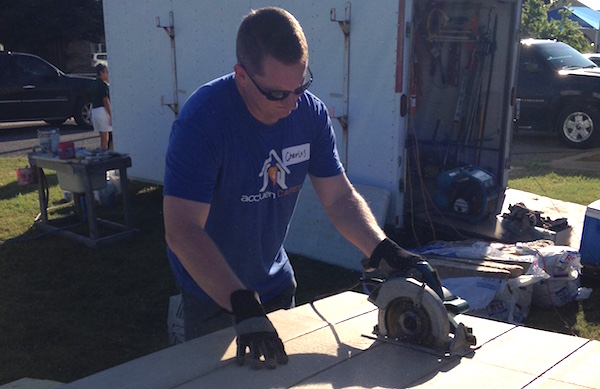 Accruent
View Profile
Follow
Accruent has offered paid volunteer time off (VTO) and made donations to charities at employees’ request for some time, but it wasn’t until this year that they created an organized, concerted effort toward charitable giving.
With the newly established AccruentCARES charity and volunteerism initiative, the company instituted a committee for planning quarterly events with a thematic focus and employee requests within an annual budget. This year, they made donations totaling almost $40,000 to 21 separate causes, including Make a Wish Foundation of Central and South Texas, Ronald McDonald House Charities, ShatterProof and Special Olympics.
Accruent employees also donated more than 2,000 volunteer hours this year.
The company just wrapped up their Movember Foundation drive. A dedicated team raised donations boosted by AccruentCARES, donating an extra $10 for every employee who sent in a photo of their mustache to the company-wide email list. Both real and fake mustaches counted for the pics, so those who couldn’t grow one could still contribute.
“We try to hold these events during business hours to maximize participation,” said recruiter Lindsey Bogard. “We enjoy complete buy-in from leadership at all levels for employees to take a break from work at their desks to work for the community.”
This month, employees will compete in teams to build the most creative “canstructure” out of food drive donations. Accruent also held volunteer week, made up of four-hour volunteer shifts that didn’t count against VTO time and culminated in a company picnic. 218 company volunteers restored a bridge with Keep Austin Beautiful, walked dogs with the Austin Animal Center, built a shed with Habitat for Humanity and dug a ditch with Community First.
“One of the great things about our charitable giving and volunteerism programs under AccruentCARES is that it is all entirely employee driven,” Bogard said. “The committee is made up of employees who decide how to spend the budget based on employee requests.”
Accruent has taken other measures to make charity part of company culture. One way is by using a peer-to-peer recognition program called YouEarnedIt, which allows employees to send their coworkers points for a job well done. Employees can then accumulate and redeem those points for prizes, which include charity donations and topical causes like the Bastrop fires.
“Each of these events offers excellent team building opportunities and our commitment to giving has driven a sense of pride in working at Accruent,” Bogard said. “Each of us is happy to work at a company that gives back and gives back to the things we care about, in addition to the cachet of working for a company known for its community involvement.”
Get Alerted for Jobs from Accruent 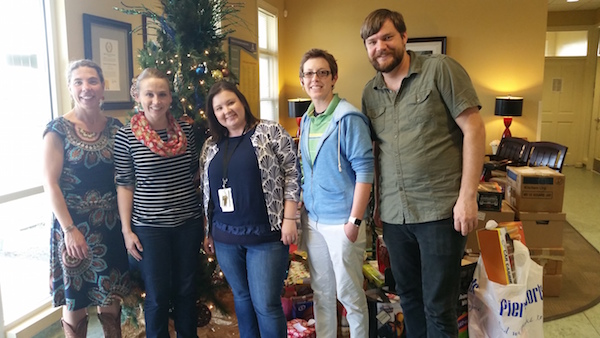 Eureka Product Innovation
View Profile
Follow
You can’t really call Eureka Software a startup. The custom app development shop has been in business for 29 years.
But it’s still lean. This holiday season, its team of fewer than 25 employees collected more than 100 toys and gifts for Project Santa with Austin Children’s Shelter. The Austin Children’s Shelter is part of SafePlace Austin, and provides hands-on, community-driven assistance to children, young adults and families affected by abuse.
“There are many families in our community that have been affected by domestic abuse and violence, and are unable to provide their children and families with gifts this season,” said senior digital marketing manager Candice Talley. “We wanted to make sure that the youth and children of these families were able to open gifts this holiday season and have warm memories that will help them heal.”
Eureka also provides educational opportunities to outstanding students with an annual college scholarship to encourage young developer-entrepreneurs.
Jobs from companies in this blog16 open jobs
All Jobs
Data + Analytics
Design + UX
Dev + Engineer
HR
Operations
Product
Sales
Content
Developer