'What I learned designing Tinder' — Lessons from Bumble's product team

When Sarah Mick and Chris Gulczynski move to Austin this month, they’re bringing some past relationship baggage.

The couple is best known for working at Tinder in Los Angeles, even though they’ve been collaborating on projects since they met at the University of Wisconsin. After Tinder, they launched two tech companies: Next, a social discovery service connecting musicians with fans, and Bumble, an Austin-based dating app where women have to initiate messaging with their match.

This month, they handed the reigns of Next to Mick’s brother so they could focus full time on 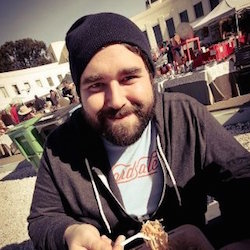 Their stints at Tinder began in 2012, when co-founder and CEO Sean Rad sent Mick an invitation through the design portfolio site Dribble. She already had an offer from Conan O’Brien, though, so she referred Rad to her boyfriend instead.

Gulczynski (pictured left) accepted, and went on to co-found Tinder with a team led by Rad that included CMO Justin Mateen and marketing VP Whitney Wolfe.

When Gulczynski needed to expand the design team in May 2013, Mick joined the company as VP of design and social marketing strategist. 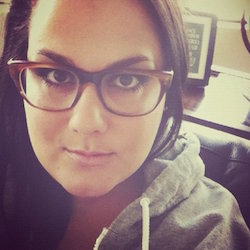 “You either end up working for or alongside people whose values you respect or who respect you and what your skills are, but we didn’t feel that was the case at Tinder,” Mick said (pictured right). "Sean’s style of running a company wasn’t in line with what Chris and I believe in. You expect constructive criticism from a CEO, but we were designing things that were thrown to the side, and features that were never implemented."

They weren’t alone. Six months after their departure, Wolfe resigned too. This time, it wasn’t quiet. She sued the company, alleging she was sexually harassed by Mateen and unfairly stripped of her co-founder title.

The ensuing scandal was covered extensively in other outlets, and wasn’t the only hit Tinder’s leadership has taken in the press.

Wolfe didn't waste any time. With help from a foreign investor, she quickly launched Bumble, whose central differentiating feature was empowering female users to decide which users to interact with. The company's brand essentially became equality, both for users and employees.

And when she needed product designers, she already knew where to go.

At Tinder, Gulczynski said the usual difficulties of design by committee were exacerbated by friction between the creative team and the other co-founders.

“At Bumble, I feel like we have more room to run,” Gulczynski said. “Whitney’s great. She shows a lot of trust in us, which is all too rare for CEOs with their product team. It doesn’t take us that long to go from concept to mockup to implementation.” 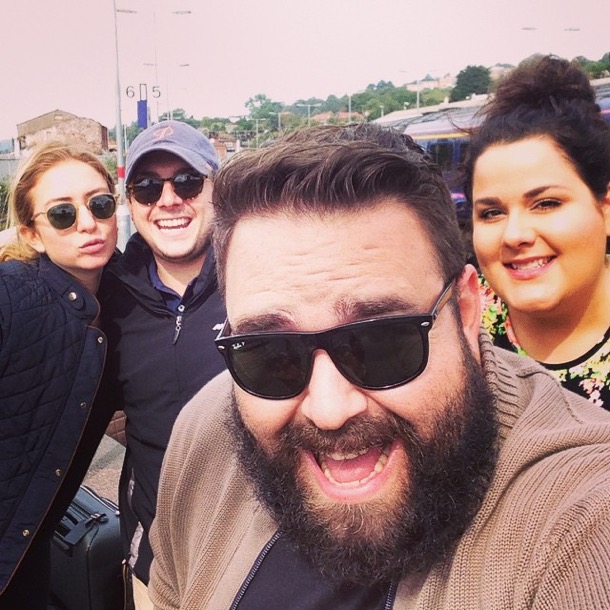 Gulczynski with Mick and Wolfe in England in 2014. Photo courtesy of Chris Gulczynski via Instagram.

Most of the Bumble's employees live in Austin, collaborating with a development team in London through a white label agreement with Andrey Andreev to introduce his European social network, Badoo, to American audiences as a new app.

That’s a tall order for foreign companies. Mick and Gulczynski explained that American users have high expectations for design, and the very feel of an app can determine whether a user will ever open it a second time.

“You still have to consider your MVP and get to market,” Gulczynski said. “But if you don’t have a great looking, great behavioral app, it doesn’t matter how much you market it. It’s not going to be that sticky product that you want it to be.”

Putting the past into practice

Bumble may still be a young company, but the team’s extensive experience serves as a roadmap for the right path to take on the ramp to success — and which pitfalls to avoid.

For Gulczynski, that means staying focused on the product.

"The secret sauce is to keep a balance. It’s fun, everyone knows your name, but ultimately you’re there to do a job. We’re not there to be famous. We want to make a good product with people who are really cool. To see those iterations go quickly and affect millions of people literally overnight helps you focus on how you’re going to make an impact and make this product the best it can be."

So how does a startup’s product get the gloss users want?

Both designers acknowledged it isn’t easy. Most early stage startups are cash strapped, and few designers can afford to work for sweat equity.

“Do as much yourself as possible,” Gulczynski said. “Then, as soon as you can, reach out to good designers and say, ‘We don’t have any money. Would you just look at this and give us some pointers?’ Maybe you can’t hire them right away, but start building that relationship. People in the design community are usually willing to help.”

For designers, isolation is healthy during the creative process — and often hard to come by.

“I would never go to an engineer and give my input, because I don’t know enough about it to be dangerous,” Gulczynski said. “But everyone has a pair of eyeballs and an opinion on visuals. So we almost had to isolate ourselves and go through our own internal design reviews before we’d let people see it.”

What’s next for Bumble

Right now, Bumble users primarily use it as a complement to Tinder to diversify their dating. But Mick hinted at ways the app could serve a wider purpose.

“When you’re creating an app and have the option to make it for something more than hooking up, you should do that. I think of myself as a feminist and I think about social issues. So when we started Bumble, we thought about making something that can do more,” she said. “Our number one goal was to make a safe space for women to date and approach men and start off on the right foot. That’ll always be the heart of bumble, but I don’t think that’ll be the end of it.”