Aceable nabs $4M Series A round 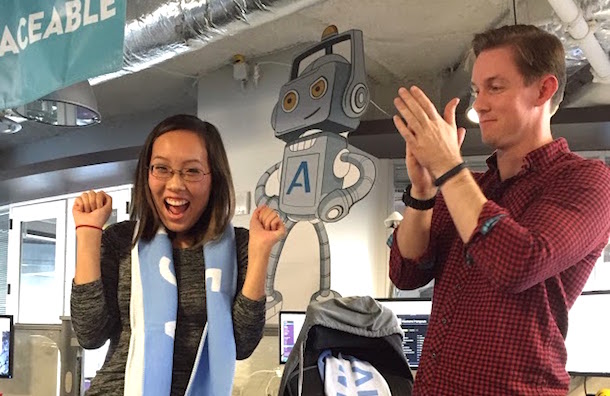 Austin startup Aceable, which develops a drivers education app, closed a $4 million Series A round of financing on Friday. The round was co-led by returning investors Silverton Partners and Floodgate Ventures.
Aceable's app — one of the highest grossing education apps in the App Store and Google Play — provides an alternative to in-person driver ed classes through an online platform built by former teachers, NASA engineers and other individuals dedicated to improving education.
“The rapid adoption our drivers ed app proves that demand exists for not only engaging, but cutting edge mobile learning experiences,” said founder and CEO Blake Garrett in a statement. “Astoundingly, one in three jobs in the United States require some form of professional certification; however, despite that opportunity, the number one complaint we hear from professionals in the fields we’re exploring is that course content is boring at best — and irrelevant at worst. We know we can fix both of these problems the same way we did with driving.”
Collectively, the app supports over 300,000 users in California, Texas, Florida, Ohio and Illinois. Founded in 2012, The company said it maintains a 98 percent pass rate for its driving course.
According to the statement, Aceable intends to use the funding to break into other industries that mandate professional certifications — like real estate, corporate HR, nursing and food safety — while adding states like Georgia, Pennsylvania, Nevada and Indiana to support students with its existing drivers ed app.
Image provided by Aceable.
Know a company we should cover? Send us a tip or tweet us@BuiltInAustin