What's it like to work on a dev team as a woman? 4 local women get candid 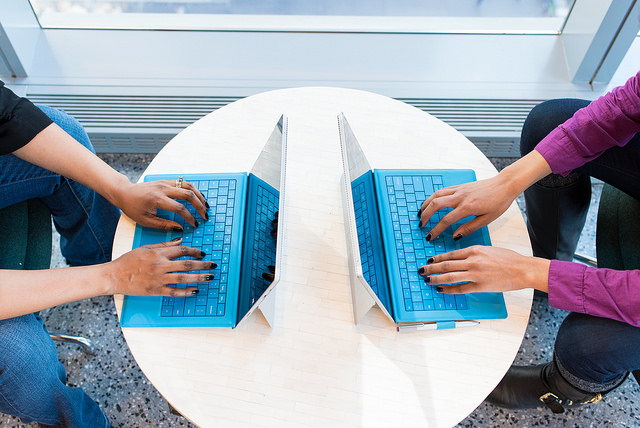 Girls are too emotional.

Men are better at tech.

These stereotypes still exist for women in engineering and development roles, even with growing efforts to engender diversity across the male dominated industry.

In 2015, women made up 26 percent of the tech roles in the U.S., according to SmartAsset’s analysis of Census Bureau data. The same report reflected Austin’s number of women in tech below the national average at 21 percent.

Is Austin doing enough? What’s it really like to work on a dev team as a woman amongst a group of guys? We talked with four women working in Austin’s tech community to learn about their experiences and insights on how Austin can grow as a tech community. 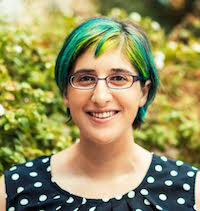 Schirf started learning programming at 12 years old when her dad, a research scientist, showed her the basics of HTML and CSS. Realizing the creative process of coding, Schirf was quickly hooked and taught herself deeper understandings in HTML and CSS. She eventually flipped the script, teaching her dad more on the coding languages.

From coding interest to coding career:

The way I grew up, it was my sister and I, and no one ever told us that girls do this and boys do that. My mom and dad always said you're smart, do whatever you want.

I went to an all women's school for computer science, Mount Holyoke College, which was a really interesting place to do coding — having an environment that's all women and all collaborative.

My first developer role had random casual sexism. One of my male coworkers had a tiff with his girlfriend and was complaining about her. We were at lunch, my manager was there, and this guy turns to me and said "I got her flowers because all girls like flowers, right Courtney?"

It was one of those things that was so casual, that it's like, "Really?"

At TrendKite, it's been such a collaborative environment, and we have four women developers on our team. The very first developer they hired was a woman, and it made me want to work there. The people involved in the hiring process and the co-founders are amazing people committed to diversity.

There's a general stereotype of male vs. female that males are better at tech things. They're more methodical and nuanced. Women, on the other hand, are intuitive-based and good communicators, and so their judgment isn't as solid as a male developer.

This idea that women can't be trusted because when they speak up it's based on a gut feeling and not metrics or data is what prevents women's ideas from being accepted and from being promoted.

On how Austin is doing to support women in tech:

There are a lot of awesome technical efforts like Girls Develop It, and networks that are helpful. I'd love to see the city do more for diversity in tech, like promoting the convention for LBGT and minorities, AlterConf, for more visibility, or seminars on diversity that take a clear look at the state of tech in Austin. 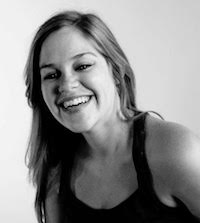 Lindsley has over nine years of experience developing for natural language processing and has worked on two teams: one that developed patented methods in providing conceptual flow, and another that defined an artificial brain.

A past coworker of mine got me in touch with Matt Sanchez, the CTO of CognitiveScale. He and two others comprised the entire engineering department at the time, and the "everybody sit on the ground and draw on the huge whiteboard" method of interviewing won me over, and them as well I think, because I walked out of there knowing that it was where I wanted to be.

Early on, I worked for supervisors who had pretty strict ideas about masculinity and femininity. I was coached on how to be more feminine — more deferent — in my communications. Things like starting sentences with "I think," and "Have you considered." There was one person who let me know that I was too masculine for other women to enjoy working me.
Since then, I've had the great privilege to work with women and men all over the map who have been themselves and let me be myself, as we all grow and change in our fields.
The subtle, unspoken sense that women only contribute by their looks, their sex appeal, or their deference is not usually this overt thing that can be called out. And if you can call it out, not every company has a safe space for that.

On Austin supporting women in tech:

The most hopeful trend in Austin and other tech hubs is that smaller companies and startups are hiring "unqualified" candidates — people like me, without traditional CS or engineering degrees, and sometimes without degrees at all — a topic I've written about in the past.

It's a powerful socio-economic leveler, and it's bringing change to the ways software has been conceived of and developed for the last few decades.

On what Austin could do to get more women in tech:

It's predominantly women who assume the role of primary care for children, and most women in our culture have or will have children at some point. If we want more women in the workplace, provide flexible hours, time off when it's needed, and acceptance of whole families. At this point in our social development, I believe this will have the single biggest impact on women.

Get Alerted for Jobs from CognitiveScale 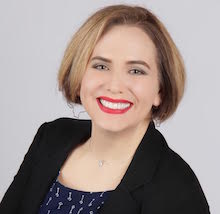 Front-End Developer at Curb, Co-Founder of the Austin Diversity Hackathon
Calderon made a career pivot to software development following nearly 10 years of newspaper reporting and digital media experience. In 2015, she attended a three-month coding program in LA, and then started work in a software consultant role before finally accepting her current position at Curb.

Why she got into tech:

When I was in a meeting at one of the digital media companies I worked for, I sat at a table and had said something. My bosses, all men, ignored my comment. Then I noticed when the male backend engineer would speak, everyone would just stop and listen.

I thought, that's what I want. I want people to take me seriously and respect my work. Let me get into software.

Now, I feel so much more valued as a professional in software, and I work for a company that values diversity — half of our engineering team is female.

How her experience has been:

It's really hard. It's not easy to go from what you're doing now to jam pack your life in three months and go find a job in a new field. In an industry that doesn't have many entry level jobs, the expectations placed on you can be overly heavy. But if you're willing to work hard and understand that your first job probably won't be your dream job then it gets easier. Based on my experience, other industries don't pay as well for your hard work.

I wrote a Medium piece about this. The biggest barrier to diversity that I've found in general is that people assume if we try to hire people who are different, and they come work here, then that solves the diversity problem.

But ultimately what diversity means in practice is that you as an entity, as a business organization, understand that you need to change your culture and process. You have to change.

The biggest thing is that there are not enough entry-level positions in this town. We have eight to nine coding schools churning out talent, but it's taking them a while to get jobs because no one wants to help them ramp up.

If you really want diversity in your organization, you have to change and create junior developer positions. Then when you train that person up, and when that individual is fully integrated into the organization, that person will be loyal — opposed to companies that hire the most experienced, and then that senior developer gets hired away.

The women in code are desperate. They want to prove themselves. They want to work hard and grow, and you can't buy that kind of enthusiasm.

Get Alerted for Jobs from CURB, Inc. 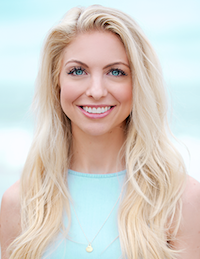 When Katz attended junior high school, her family lived in a non-pet friendly apartment complex. So to help her simulate what it's like to be a pet owner, her family bought her the 90s virtual game, Petz.

After she realized you could access the game files and modify it in a hex editor, her passion for software engineering ignited.

On her experience in the industry:

There were moments when I had to show them that you don't have to handle me with kids gloves. You can be comfortable having conversations with me around.

In joining Mutual Mobile, although I'm the only female on my team, we do have very diverse project teams, and that's really helped and made it a better experience.

There's a concern that women may make something more difficult than it is, or that they might not be logical enough and too emotional.

The truth is, as an engineer, regardless of gender, you're constantly learning. It does not stop you. I may use a new technology tomorrow, and it may require me to spend all night and weekend learning it so that I can actually use it.

I think these companies forget that one of the biggest things in a technical career is problem-solving skills. Yes, tech skills are part of it, but I always encourage people to become really good problem solvers.

On Austin supporting women in tech:

I think they are working at it, but we have still have a long way to go. You have companies working toward it, but without putting more formal programs in place, diversity is hard to achieve. I don't see a lot of companies putting a firm initiative around it.

We're a startup and entrepreneurial city, and the biggest thing I hear in Austin is that you want to hire women but women aren't skilled enough. They need people who are at a senior level, and that takes women out of the mix.

We're not going to stop being a startup community, and in order for us to bridge the gaps, employers are going to have to be able to see the benefit in having other skill sets even if someone is at a lesser technical level.

Where Austin can quickly do more:

We need to expose women, minorities and the under represented to the possibilities in what's available to them in the tech industry. There's an exposure problem where kids have never met women engineers or didn't know it was possible for them to work in these roles.

We have to put more focus on individuals at a younger level to build the interest at an early age.

Get Alerted for Jobs from Mutual Mobile

Responses have been edited for clarity and length. Photos from participants.