What it's like to work with MVF's CEO Bjorn Zellweger 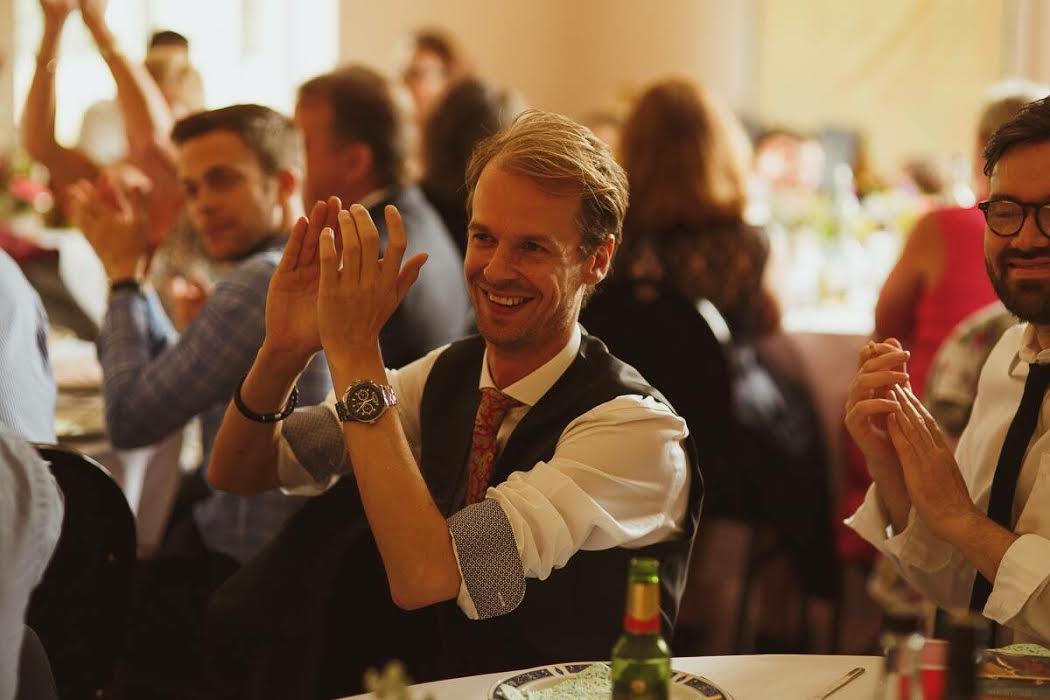 In the summer of 2015, MVF opened their first U.S. office here in Austin, as part of the company's plan to expand. The company chose Austin due to its similarities to its headquarters in Kentish Town, an area of northwest London.

As part of the expansion, Bjorn Zellweger, who worked in the London office as head of international lead generation, was named CEO of MVF's U.S. operations in September. We caught up with Zellweger to learn more about his approaches to work and leadership.

What's your morning routine when you get in the office?
I always start the working day by pouring a large cup of coffee and checking yesterday's numbers. Then, I have a stand-up meeting with the team so we all know what we are working on that day. Our HQ is in London, so next I usually catch up on any urgent emails they have sent over during the night. There is always a buzz in the office in the morning as this is the time to check in with London and make international calls.

What would you identify as some of the biggest challenges you've faced in your career?
I suppose one of the biggest things was a recent challenge: how to transfer your existing company culture to a new location and new office.
I started out as a director at MVF's UK office, and when setting up the U.S. team, I really wanted to bring our award-winning culture and dynamic working environment with me. In the end this was done by making sure the people launching the U.S. office were really strong MVF team members who really embodied what our culture is about.
What are some of your key focuses moving into the next year?
We are launching into some new sectors over the next few months, which is really exciting. We're also looking to do some mergers and acquisitions. We are planning ahead for big growth and also looking to recruit more of Austin's best talent to help us get there.
What have you learned from working in Austin?
The main lesson for any entrepreneur I think is to make sure you hire the right people. When you start out you have to be very careful to get the right people on the bus and choose colleagues with the right values to fit your culture.
We have carefully defined the key traits we see in our superstar team members and look for these in anyone we bring on board. Developing interview questions around our values has helped this process, as well as hiring an in-house recruiter.
Austin has a reputation for being a hotspot for talent. What are the top characteristics you look for in a potential hire?
MVF has a values-based culture, and we go the extra mile to establish if our applicants share our values. We have a number of tests and questions designed to find the best of the best for our growing Austin business. Overall though, we are looking for intelligent, energetic, passionate and driven individuals that strive to be world-class in what they do, and so far Austin has provided just that.
How would your team describe working with you?
I believe they would describe working with me and the senior team as fun, but at the same time know that we hold people to a very high standard. We can have goofy themed office days, but at the same time get some serious work done. It's all about striking the right balance.
Who inspires you?
Elon Musk inspires me with his grand visions of how to improve the world with technology, but so did Richard Branson with his efforts to make existing experiences better. It's all about innovation for me in this fast changing world and the thought-leaders that drive it.

Image provided by MVF Global. Some answers have been edited for clarity and length.

Want to nominate a CEO for this series? Tell us or tweet @BuiltInAustin.