How this Austin startup is steering the future of VR gaming | Built In Austin Skip to main content
Loading...

How this Austin startup is steering the future of VR gaming 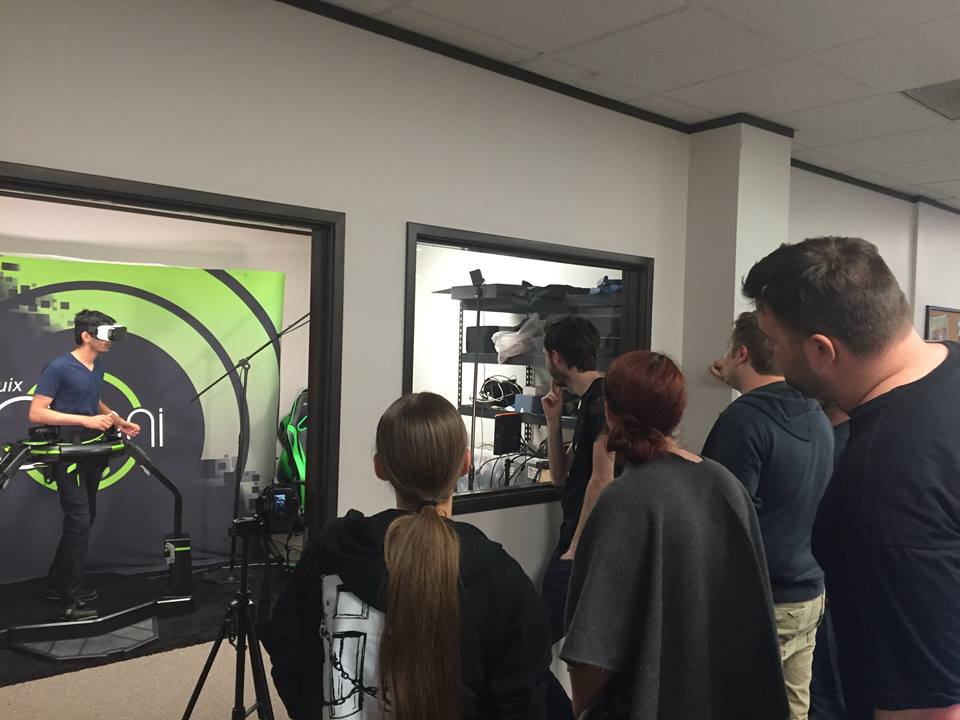 It's hard to watch TV right now without seeing a commercial advertising a virtual reality headset. But if you look closely, you'll notice that people using VR headsets are always sitting down.

That makes its fair share of sense. With VR, you don't want people moving around too much. That is, unless you're Austin-based Virtuix, a startup that's revolutionizing the industry with a first-of-its-kind, full mobility VR gaming device called the Omni.

Founder and CEO Jan Goetgeluk launched Virtuix in 2013 to design the most physically immersive field of VR gaming currently on the market. He and his team have developed an integrated movement platform and paired it with commonly used VR headsets, handsets and game content to provide a 360-degree gaming experience — setting into motion a new field of gaming technology: active VR.

In 2015, Virtuix sold its first Omni platform. Today, over 5,000 units have already been ordered.

While the Omni's popularity is certainly in part due to its pioneering work, it can also be credited to efforts in addressing motion sickness — one of the biggest challenges VR gaming developers face.

In standard VR gaming, your brain perceives that you're moving without your body actually doing so. Once the brain gets confused, motion sickness ensues. The Omni aims to overcome this hurdle.

"The Omni is the key solution to this problem because with the Omni you do move your body accordingly," said Goetgeluk. "You move in the game as you move in real life."

Virtuix's timing couldn't be more opportune, Goetgeluk said. Some of the largest tech companies around have recently released major VR initiatives and products, making technologies in what was once considered a foreign and expensive vertical increasingly more attainable.

This year alone, there have been several VR headlines that hint at the industry's momentum. HTC partnered with Valve, a VR gaming developer, to launch the HTC Vive headset. The Oculus team released Oculus Rift at the start of the year, which is now sold at major retailers like Walmart and Best Buy. And Sony launched its VR headset, PlaystationVR, in October.

"These are exciting times for our emerging VR industry, " said Goetgeluk. "There is so much happening within the VR space, and we’re excited to be leading the pack as one of the pioneers of this new wave of VR innovation."

The main market for VR continues to be gaming and entertainment. However, Goetgeluk predicts the Omni will be applied across a number of industries in the future, including training and simulation, virtual tourism, architectural walkthroughs, and exercise and fitness.

"VR is a new medium that will touch many assets of our daily lives," Goetgeluk said.

Know a company we should cover? Send us a tip or tweet us@BuiltInAustin