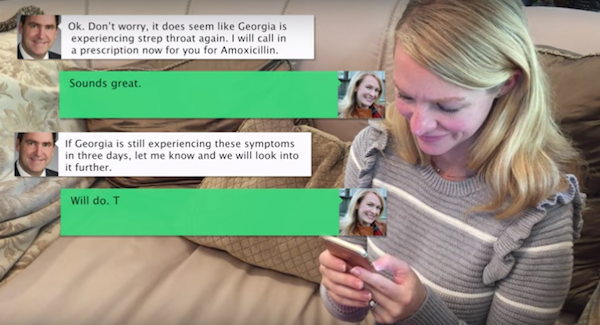 Medici, the app that lets you text your doctor when in need that came out of stealth mode last month, announced today a $24 million round of financing.

More than 10 undisclosed investors lead the round — and CEO and founder Clinton Phillips said more capital could be on the way.

"It is a big funding round, and we are just getting started," said Phillips. "Recreating healthcare is not a small undertaking. For us, it's less about telemedicine market (which is huge) and more about creating a platform that recreates the doctor-patient relationship which has been stuck for 100 years."

The funding will be used to help the Austin-based company expand across the southern half of the U.S. over the next few weeks, nationwide in the first quarter of 2017 (sans Arkansas due to state regulations on telemedicine), and globally to the U.K. and South Africa soon thereafter.

"We want to allow the ease that other platforms like WhatsApp, Airbnb, and Uber have brought to our lives to come to healthcare, making care safer, smarter and so much easier for the doctor and their patients," said Phillips.

With such vast expansions in the pipeline, Medici will be expanding their team rapidly.

"We plan to build a giant company, so we have openings for lots of amazing people," Phillips said. "We are adding mostly in technology and digital marketing."

Since mid-October, the Medici team has logged on an additional 100 doctors to the app network, with thousands in their pipeline from large hospitals and doctors from other states.

Image provided by Medici.
Want to get in touch? Tell us or tweet @BuiltInAustin.