Why this Austin startup wants you to get into its pants 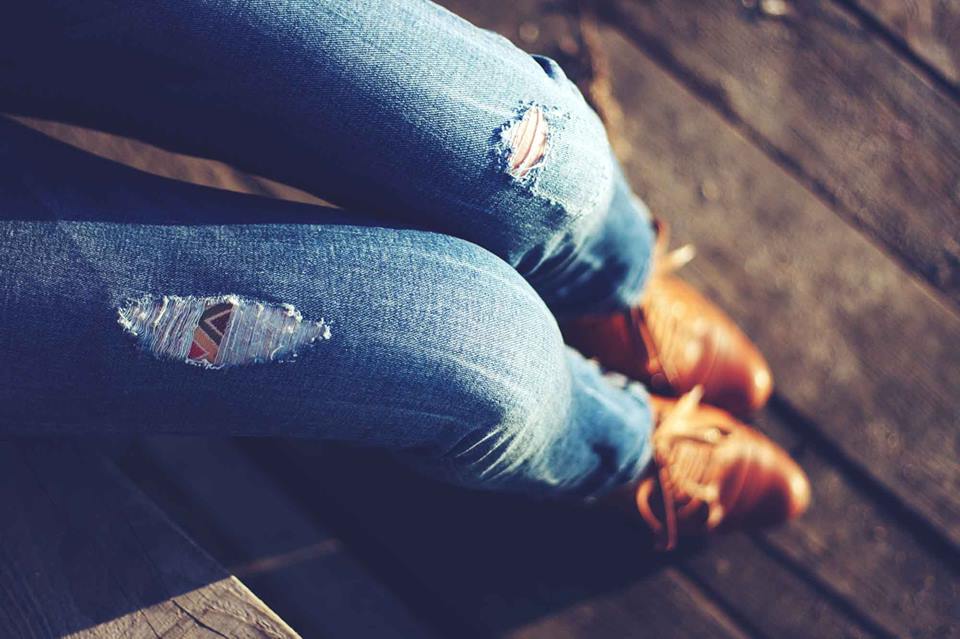 “I tried to lose weight and ended up having to take them to Goodwill,” she said. “It was like taking a pet to the pound.”
She swore off investing in “grown up” jeans forever — until she found herself face to face with a pair of high-quality denim in a New York City boutique a few years later.
Struggling to look away, Ernst thought to herself, “I wish I could just rent them.”
An idea immediately took root, and Ernst began researching if there were any companies currently on the market that specilized in renting designer denim.
When she couldn’t find one in the U.S., she began developing Redenim, a subscription service for $29/month that allows users to lease jeans. Members can rent any style offered on the site for up to three months before either buying the pair for a subsidized price or sending them back for a new size or pair.
“We’re a rotating closet of designer jeans,” said Ernst. “We’re PaaS — pants as a service.”
Upon return, Redenim professionally cleans and maintains all pants to ensure quality for the next member. No pair is sent out that the team at Redenim wouldn’t wear themselves.
“Our vision is simple: We want you to get into our pants,” said Ernst. “We want to make premium denim accessible to all people. It’s not just about making denim that fits well and looks good.”
Redenim currently partners with two U.S. denim manufacturers, Jean Shop and Big Star Denim, and offers a selection of nine styles. Ernst noted the importance of working with brands made in America since so many of the cheaper styles made outside of the U.S. are done so under unethical, poor working conditions.
“We’re helping to bring sustainable, ethically sourced jeans to the regular customer,” said Ernst.
Ernst said premium brands have been receptive to Redenim so far, as the site offers brand exposure to a clientele that maybe wouldn’t consider designer jeans under different circumstances.
“An end goal of ours is to graduate our members into brand loyalists who see that this is a worthwhile investment,” Ernst said.
The Austin-based startup launched this past July. Since then, Ernst and her team joined the inaugural cohort for the DivInc pre-accelerator program as they prepare to raise a seed round.
Eventually, Ernst said she wants to partner with a technology company to build out a smart, online platform that uses predictive analytics to suggest sizing options. Until then, Redenim will focus on getting more brands on the site, growing memberships and potentially launching a men’s line in 2017.
“I want to get into men's pants,” joked Ernst, adding she has yet to meet a guy who hasn’t expressed interest in renting men’s denim, too.