How 5 Large Austin Companies are Making Diversity a Top Priority

Austin’s tech community is lush with talent and innovation. We’ve even gained a special reputation amongst other tech cities as being an extremely supportive and welcoming place to new ideas, new leaders and new companies.

But similarly to other cities with a dominating digital presence, Austin tech has been called out it for its lack of diversity in the workplace. We caught up with five of Austin’s larger startups to learn how they're challenging the status quo and have created a work environment rich in diversity. 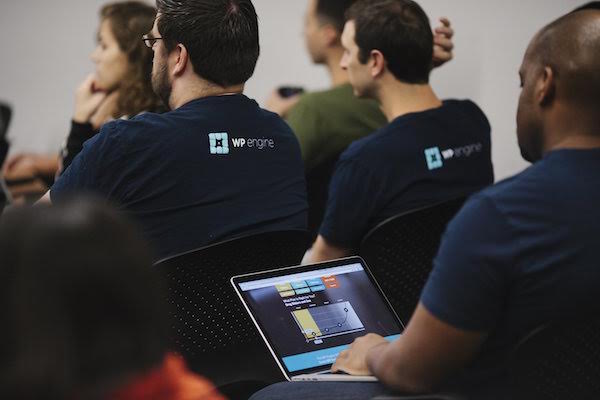 Last December, WP Engine joined the White House Equal Pay Pledge, committing to an annual company-wide gender pay analysis to take action toward equal pay. Additionally, 30 percent of their employees are non-white and five percent have self-identified in an anonymous survey as LGBTQ. Eric Jones, WP Engine’s VP of brand and communication, said the company embraces the diversity of ideas, beliefs and people to mirror their global customer base.

How does WP Engine promote diversity?

Across all functions and teams, we are opening our doors to those who have the heart for customer service, high work ethic and passion for technology but might not have had the opportunity to go to college. Thirty-three percent of our employees do not have a college degree, but that does not limit their ability to progress. In 2016, roughly one-third of our organization received a promotion — across all levels and functional areas.

WP Engine was one of 50 companies that signed the White House pledge of Equal Pay for Equal Work under the Obama administration. As part of this pledge we analyzed our highest incumbency and executive roles and found no evidence of a gender wage gap across its employee levels.

We commit to being vigilant on behalf of all the company’s employees in order to play a role in society achieving gender equality and for the global economy to reach its full potential. We will continue to look at salaries at all levels on an annual basis and will take steps to proactively secure its commitment to equal pay and gender equality as it grows.

Our success is fueled by passionate people united in a culture of transparency, innovation and collaboration, with our leadership team driving the way. Since taking leadership in 2013, our CEO has transformed the company by establishing a unified corporate culture of excellence, transparency, honesty, teamwork and community giving, which have culminated in accolades for our company as a “Best Place To Work” and being named a “Top CEO.”

One of the very first things the CEO did when she came on board was to establish a core set of values for the company that empower each of our team members to deliver amazing customer experiences. We are all proud to work here and to have the opportunity to serve over 60,000 incredible customers and businesses in 140 countries around the world. Every year the executive team leads the entire company in a signing “pledge” to our company values — the picture then hangs in our lobby and copies are then sent to all our offices around the world in San Antonio, San Francisco, London and Limerick.

It’s this strong sense of shared purpose and appreciation of individuality that fuels how we thrive on diversity in all forms: ideas, beliefs and people. By embracing our di­fferences we have created a more connected and open environment, therefore making us a much stronger and trusted company that attracts top-notch, diverse talent.

We believe diversity attracts diversity. People are more likely to join an organization where they can be their authentic self and find people with shared values and opportunities that will challenge them. We aspire to build a company that empowers people and provides them with the environment and tools to be the best they possibly can.

What advice do you have for other companies looking to start a conversation about company diversity?

Quite simply — companies must be intentional about diversity. Balance doesn’t just happen; you have to create an environment where differences are valued and encouraged. And where there is focus there is progress. In order to empower future generations of workers regardless of race, religion, sex or orientation companies must do the work necessary to open their doors wider. 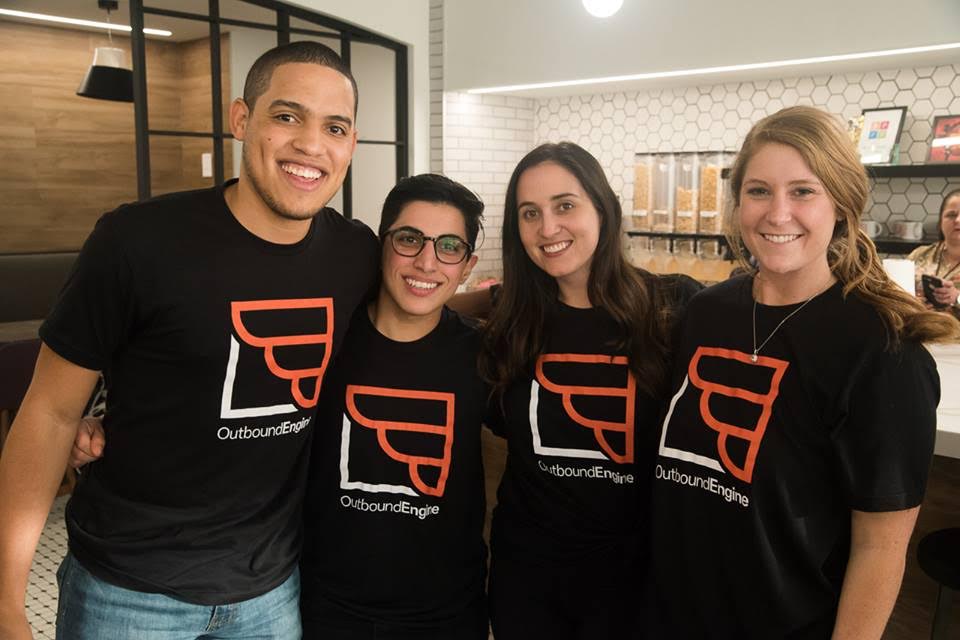 OutboundEngine
View Profile
We are hiring

Founded in 2012, OutboundEngine has grown its network of employees to over 150. While the company has always welcomed diversity, within the last year, employees created an organized monthly meetup featuring speakers and discussions dedicated to the topic. Kedzie Teller, OutboundEngine’s brand strategist, filled us in on why it’s important to start the conversation.

How does OutboundEngine promote diversity?

At OutboundEngine we are well aware that embracing diverse backgrounds, experiences and perspectives is key to our success, both as a business and as a community. That's why we're proud to encourage open conversation, self-expression and community action by our employees.

Last year, Enginites wanted the company to embrace diversity in a more organized and thoughtful way, so a handful of our employees worked together to launch the company's first employee diversity program: Tribe. Our Tribe initiative has three groups (Women, People of Color, and LGBTQ+) that coordinate together to plan monthly meetings where interested employees can participate in discussions, listen to local speakers, ask questions and better connect with each other on pertinent issues.

Tribe launched initially as a women's program to promote equality in the workplace, but quickly expanded into a full diversity initiative after the group hosted its first meeting and was met with immense popularity. The idea was an employee-driven initiative, but management was quick to support and promote it around the office, noting the importance of making employees feel valued for their differences and strengthening the company culture.

It's encouraging to see how many people at OutboundEngine feel passionate about building an inclusive culture. When we first launched the women's program, we thought only women would attend, but the meeting was packed with employees of all genders, ages, and ethnicities, and we received overwhelming feedback about expanding the program for other minority groups. Learning that you work with such open-minded and motivated people is an incredible feeling.

Don't be afraid to start the conversation because you might be surprised by how positive the response is. 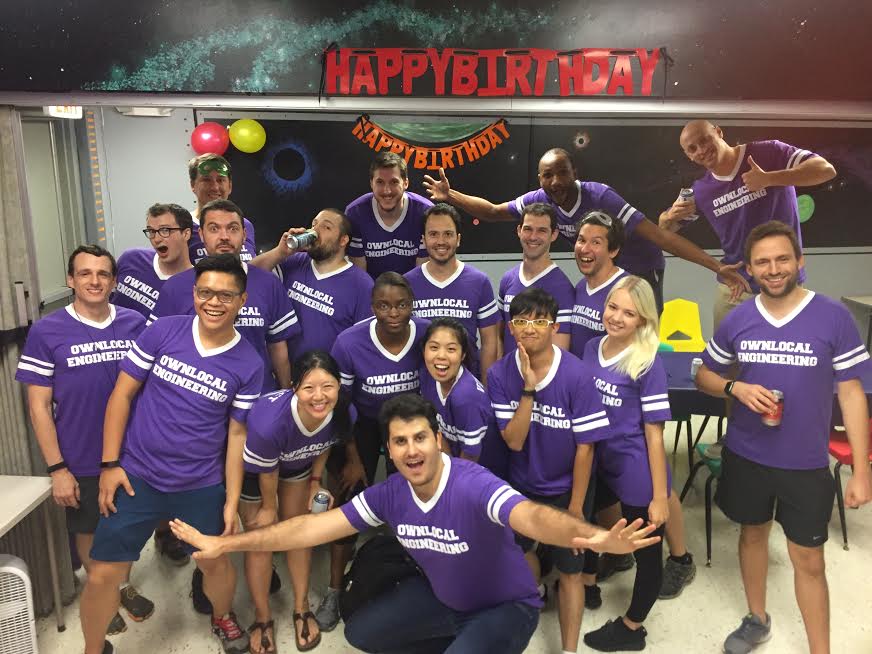 For OwnLocal, developing a diverse work environment is all in the hiring process. A group of OwnLocal employees answered our questions collectively, outlining their unique hiring process that includes over 20 employees from various backgrounds whose opinions on new hires carry the same weight as the CEOs.

How does OwnLocal promote diversity?

Our efforts to promote diversity begin with the hiring process and permeate throughout our entire company culture.

We encourage team members to be involved in Meetup groups like Women Who Code and Blacks in Technology, and we cross-post our job listings to such groups in order to solicit a more diverse pool of applicants.

During the hiring process, 20+ OwnLocal employees from a variety of backgrounds interview candidates, and then everyone has an equal say in the hiring decision — so equal in fact that a new employee’s vote has just as much weight as the CEO’s. This allows us to hear a diverse set of opinions and avoid unintended bias during the interview process.

In light of the most recent election, there’s been a lot of uncertainty surrounding immigrants' status in the United States. OwnLocal has made it a top priority to support and protect our employees who were not born in the US. Immediately following the travel ban in January, OwnLocal provided visa support and legal aid to any employee and their family members to ensure safe entry into the country and protect their right to remain gainfully employed.

We're a bit more diverse than the average tech organization, so our engineers naturally participate in such programs.

We also have several self-appointed champions who encourage others to participate in diversity groups and help ensure management keeps diversity top of mind.

Diversity starts with the hiring process. We actively solicit feedback on our interview, hiring, and review processes to look for any indication of unconscious sexism or racism.

Job descriptions need to be all-inclusive to attract a diverse group of candidates. We’re inclined to speak in a way that resonates with like-minded people, so we’ve actively worked to speak in a tone that we believe is universal, gender-neutral, and inviting.

Diversity attracts diversity. By having a company culture that celebrates individuality, employees feel comfortable and are more likely to recommend us to their friends — 35 percent of OwnLocal employees were hired based on a referral.

What advice do you have for other companies looking to initiate a more diverse approach?

Keep diversity top of mind. While we at OwnLocal are proud of the diverse team we have now, we know we can always do better. We need to continue to think about how to make this a place where all different types of people feel supported by their colleagues and are fulfilled by their work.

Finally, diversity can be self-perpetuating if you start early, so try to get your champions on board soon!

Get Alerted for Jobs from OwnLocal 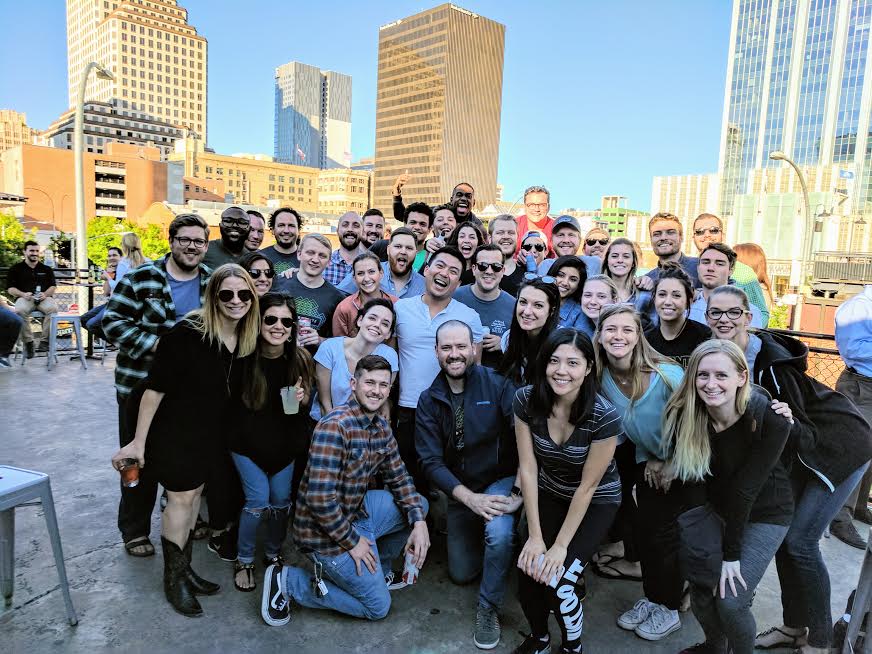 When TrendKite launched in 2012, the very first developer they brought onto the team was a woman. Since then, the company has created a naturally diverse group of employees of over 150. While no specific program is in place, TrendKite CEO Erik Huddleston spoke on the company’s hiring processes to promote diversity.

How does TrendKite promote diversity?

At TrendKite, we value excellence, and as excellence is as diverse as the world around us, diversity has become a natural byproduct of our hiring process.

It is something our team is fundamentally passionate about; therefore, we are excited to look around and see such an incredible representation of gender, race, and culture in our office. 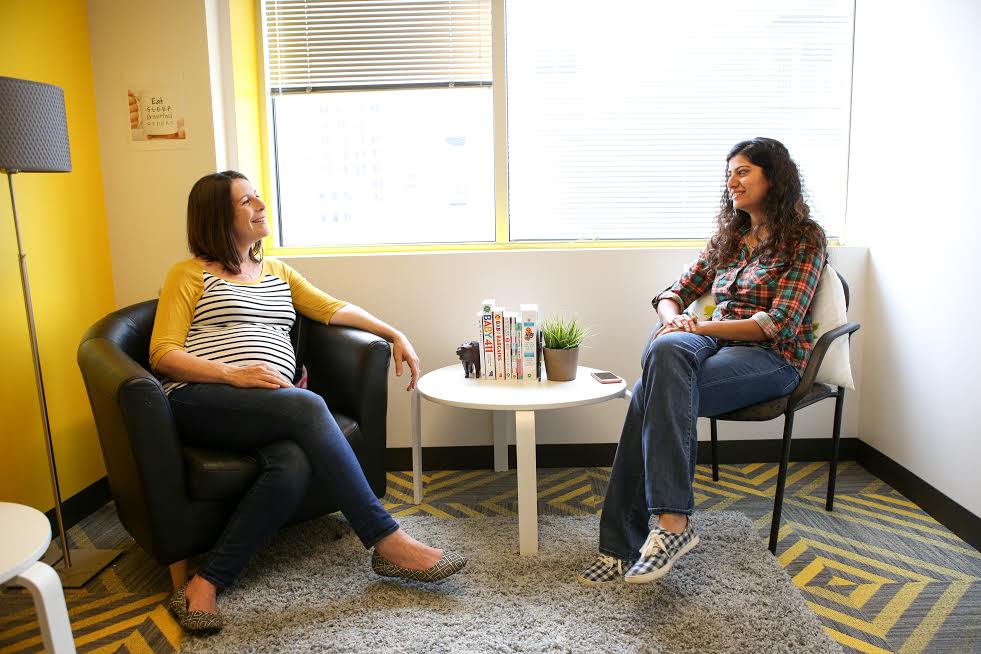 This month, SpareFoot announced it had joined 2,600 worksites across Texas in becoming an official Texas Mother-Friendly Worksite.

Of the total offices, SpareFoot's gained Silver-level recognition, which only about six percent of the total destinations earn, for offering flexible work hours for mothers, creating a private room for employees who are breastfeeding, distributing their lactation policy to all of their employees and more.

Megan Oertel, a member of SpareFoot’s Diversity and Inclusion Task Force and co-founder of Women of SpareFoot, filled us in.

How does SpareFoot work to promote diversity within your organization?

In the past year, we have started two groups to promote diversity at SpareFoot – the Diversity and Inclusion Task Force, which was created by our CEO, and the Women of SpareFoot group, which was started organically by employees.

We recently completed an internal gender pay gap study and reported the results to employees. We plan to complete this study annually. We have also become a Silver-Level Texas Mother-Friendly Workplace, and have a 12-weeks paid maternity leave policy in place.

We created the Diversity and Inclusion Task Force with the mission to aid in budgetary decisions and provide proactive guidance related to culture, diversity and inclusion.

Get Alerted for Jobs from SpareFoot

Some responses have been edited for clarity and length. Images provided by companies.