From Building a Team to Encouraging Work-Life Balance, How Engagency Develops Company Culture

A new hire, longtime team member and the company’s CEO offer perspectives on what it’s like to be a part of the team at Engagency.
Written by Stephen Ostrowski

Evan Gipson, a full-stack developer at Engagency, received a welcome surprise months into his tenure at the Austin-based company. Earlier this summer, amid a busy year of expansion, the company extended an unexpected day off for the entire organization to unplug.

“The fact that an email just dropped randomly during the work week, saying ‘You’ve been working really hard. You should take a day off’ — it reassures me that they take their values seriously,” Gipson said.

Of course, creating a good work culture does not boil down just to time off — but it does go far in a landscape where finding the right balance between work and everything else isn’t always a breeze.

“Quality work means a lot to us. You can’t do it if you're exhausted all the time,” Senior Project Manager Heather Mathieu said.

As president and CEO of Engagency — which provides expertise to companies using tech like Sitecore and Optimizely — Jason Perry said that it is important to lead by example when it comes to culture-building. Promoting balance, for example, means amplifying it to other team members.

“I went to the top of Angels Landing in Zion National Park and filmed a video saying, ‘Please take time for yourself. Book a vacation. Get out.’” Perry said. He added that the organization will pay for team members’ national and state park passes in an effort to encourage time off outdoors. “I don’t want to just pay lip service to this.”

That’s just one facet of culture-building — a process that isn’t confined to the employee experience. In some respects, it begins with the recruiting front itself and how the organization presents and communicates its value to prospective team members. After experiencing some initial difficulties with growing a team, Perry tried for a more intentional approach to expansion.

“We had a lot of challenges,” Perry said. “So now we look for altruism and intrinsic motivation. We’re really trying to create a positive, healthy experience for ourselves, but also for our customers.”

Built In Austin connected with Gipson, Mathieu and Perry — who together represent varying levels of experience with the organization as a relatively new hire, a seasoned team member and the company’s leader, respectively. The trio offered us a peek at the culture Engagency aims to put together.

It’s not a given that a prospective hire will get face time with leadership when interviewing for a new opportunity. But Perry makes sure to meet with new candidates at the beginning of the process. 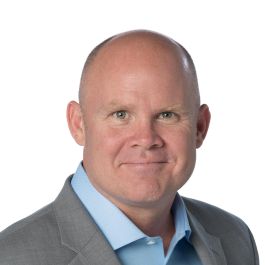 Seeking in potential hires: “People with a curious mind and a servant’s heart and who are natural problem solvers. I think we’re all really dedicated to avoiding the typical office politics and having a fun and harmonious environment to work in and to be part of.”

Promoting work-life balance: “When you’re working in an environment like ours, there are big projects and large customers. Overworking is really easy to slip into. We encourage people to take care of themselves. It’s the company’s responsibility to nurture people who have a tendency to overwork themselves. When people are too hard on themselves, that burnout leads to turnover.”

Leading by example: “You’re going to naturally follow leaders’ leads in terms of work-life balance. It’s also really important when everybody starts to realize that it’s OK to take time off. It becomes this systemic thing, where the leaders are really not even necessary to this and a culture of balance becomes a self-perpetuating thing.”

We’re really trying to create a positive, healthy experience for ourselves, but also for our customers.”

After nearly four years at the company, Mathieu is an experienced Engagency team member who said that she is encouraged to bring her “whole self” to work. 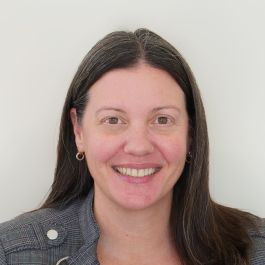 Building with intent: “Our job postings all say we’re looking for someone ‘with a heart of gold.’ That tells the person right out of the gate that this is a company with integrity, honesty and transparency. That tells a candidate that they’re not going to have to learn office politics and can be honest with clients. When I saw that job posting, I said, ‘I’m going to be able to be myself with these folks.’”

Emphasizing authenticity: “When you’re looking for a job, you’re sort of trained to bring a compartmentalized version of yourself to the table. I think Engagency expands on that and says, ‘Bring all of yourself to work.’ Being able to bring your whole self to work, instead of a compartmentalized section of yourself, means that you can come in more relaxed, as opposed to just being your work self. I think clients and coworkers feel that.”

Finding balance: “Work-life balance has always been emphasized. I’ve seen some companies say that, and then your reward for doing good work is more work. Then you’re in this vicious cycle of overwhelm. Engagency does not do that. Sometimes you just have to be reminded by somebody that you’ve tended to clients for eight or nine hours in a day and it’s time for you to take care of yourself.” 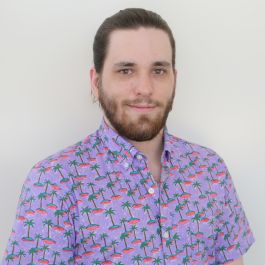 Gipson was familiar with Engagency before his arrival around half a year ago, having worked with the team in a prior role. “I noticed the employees were always super happy to help,” he said.

The interview: “Company culture was raised multiple times during the recruiting process, even in the technical interview. It assured me that Engagency actually values that. It’s not just said at the beginning of the first interview and never brought up  until the next company meeting.”

The onboarding: “What quelled my nervousness was that I was told so many times over that everybody wants to help. If you would have told me that I’d be doing the stuff that I’m now doing in six months, I would have been nervous. But I couldn’t be happier now to tackle incredibly complex stuff.”

The culture: “All the employees are talented and multifaceted. If I have a problem with how something looks, or if I don’t know why a certain thing is the way it is, I find that people are happy to talk to me about it and they thank me for reaching out to them. It’s a great group of people. ”