Breaking into an emerging market can be intimidating for young entrepreneurs. New markets change frequently and the lack of stability can create tension among investors. But with some strategic thinking, three Austin-based entrepreneurs have identified untapped markets where the rewards and opportunities for growth are endless. 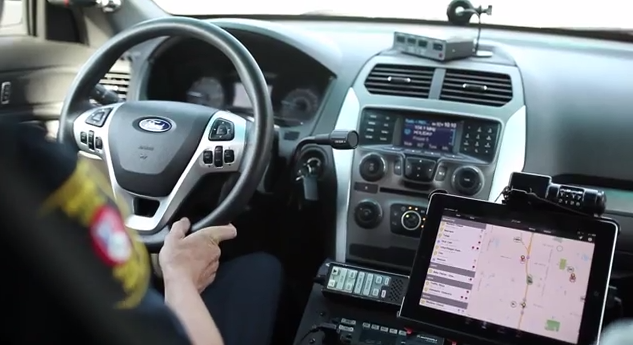 A 911 operator has always been the essential link between first-responders and the citizens they protect. But thanks to the Austin-based mobile startup GeoSafe, emergency personnel can communicate and respond faster.

Through the GeoSafe application, first-responders are able to act quickly and more efficiently because they have the necessary information in the palm of their hand.

Custom map features help to bring floor plans, fire hydrants, and storm shelters out of geographic information system databases, and directly into the hands of the officers who use them. GPS tracking of 911 calls also help responders get an up-to-date location on those in distress.

“The response times have decreased quite significantly,” said GeoSafe founder Moshe Gutman said. “[Emergency personnel] are able to see calls coming in before they come through on the radio. They’re able to start heading toward the call before they’re even been assigned to it, which is really important in a medical situation.”

Gutman said GeoSafe was created when he noticed a need for better inter-agency communication beyond the clogged walkie-talkie radio channels. Since the application runs on both Apple and PC platforms and is much cheaper than the outdated systems used by most agencies, GeoSafe has managed to tap into a market where the possibilities of growth are endless, and it’s not the only one. 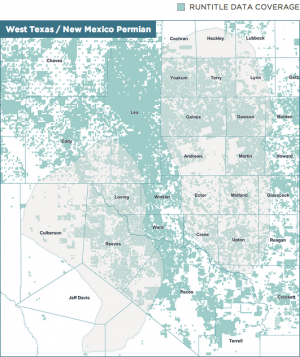 When you buy a plot of land and build your new home, you’d think that you own the land and everything underneath your feet, right? Well, according to RunTitle founder and CEO Reid Calhoon, that’s not the case. In fact, there could be hundreds, if not thousands of people who own the minerals right underneath your home’s foundation, and in order for oil and gas companies to access these minerals, they need to locate the owners of both the surface of the earth, and the mineral rights underneath.

Before RunTitle’s inception in 2011, oil and gas companies would pay thousands of dollars for a “land man” to travel to individual county courthouses. A “land man” would then spend weeks thumbing through paper documents and hard drives to locate surface and mineral owners. As a former “land man” for a mid-sized oil and gas exploration and production company, Calhoon said he knows first-hand how costly and time consuming this antiquated process can be, so he decided to do something about it.

Three years later, RunTitle is the leading title source for the oil and gas industry's land acquisition needs. Users can eliminate the middleman and get the information they need with the click of the button.

“We’re the largest database of mineral title and ownership information in the nation,” Calhoon said. “We’ve taken all of the research that’s been done over the last 100 years and digitized it. Instead of hiring contractors for thousands of dollars, companies can make quick decisions on their acquisitions.”

Since RunTitle is the only company offering this valuable service in a very lucrative market, Calhoon said the number of subscribers continues to grow. The team has also been able to build on RunTitle’s database, which now includes more than 40 million acres of mineral ownership information.

Hapback is another Austin company that’s putting the right tools in its users’ hands, connecting its members who are seeking sometime specific. One of Hapback’s founders, William Labanowski, said the team recognized the difficulties event planners face when finding sponsorship, especially sponsors for small to medium-sized gatherings. Hapback software helps connect event planners with potential sponsors, no matter how large the event.

Event planners can create an event posting, enter in specific information such as the expected turnout and demographics of people attending, and then add sponsorship proposal packages. Those who are looking to sponsor events can search for specific events that match their criteria and purchase the package directly from Hapback’s website. Labanowski said currently there isn’t a similar product out there and they’re hoping that their model of standardization will help bring in more users.

“We’ve created a very standardized model that both educates and simplifies the entire process of event planning,” he said. “Once it expands the market of event sponsorships online, we’ll be able to branch out to media buyers that are doing things on more of a larger scale.”