This Local Company Is Part of a Much-Needed Generosity Movement

If the origin and trajectory of Giving Tuesday is any indication, the answer is a resounding ‘yes.’ Last year alone, the campaign, which began in 2012, reported raising $511 million online in the U.S.

In response to the pandemic, the people behind the global generosity movement stepped up to the plate again this year with Giving Tuesday Now, an emergency response that individuals from more than 145 countries took part in last May.

Here in Austin, organizations are putting their own spin on giving back.

Take Smarter Sorting. This November, the greentech company is dedicating resources to support Austin Partners in Education. The nonprofit recruits and trains hundreds of volunteers and staff to tutor and mentor more than 2,500 students in an effort to improve college and career readiness. Below, VP of Strategy and Sustainability Scott Mackey explains why that mission resonates with the team. 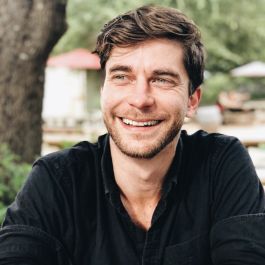 What is your company doing this year to make an impact on Giving Tuesday?

Smarter Sorting takes our role as a responsible community member seriously. This is true on Giving Tuesday and all year long. This Giving Tuesday, we’re supporting Austin Partners in Education (APIE).

Giving Tuesday refers to the Tuesday after Thanksgiving in the U.S. The global movement inspires hundreds of millions of people to give, collaborate and celebrate generosity.

Why did you decide to give to this particular cause or organization?

We support APIE because of our ongoing partnership with the organization. We have an established mentoring partnership with APIE that teams Smarter Sorting employees with students at an Eastside middle school. While this mentoring relationship is currently remote, we’re excited to build additional tech-focused programs once we return to an in-person situation.

How else does your company give back to the local community throughout the year?

In addition to the APIE partnership, Smarter Sorting also hosts team volunteer days. In the past, partners have included Dress for Success and Habitat for Humanity ReStores.

Our core business also supports local communities across the country. For example, Smarter Sorting has enabled over 3.5 million pounds of donations with just one of our retail partners this year. As context, these were more than 800,000 products that would have otherwise likely been treated as waste.