How 5 sets of Austin co-founders met, and their advice for making it work | Built In Austin Skip to main content
Loading...

How 5 sets of Austin co-founders met, and their advice for making it work

We asked co-founders from across Austin tech to share the stories of how they met — and why their partnerships work. 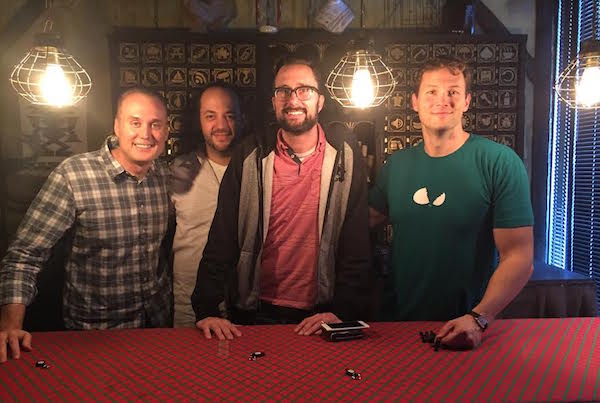 When Brett founded Bazaarvoice, he convinced Matt (a classmate from the Wharton MBA program) and his family to move to Austin to join him and Jon on the executive team at Bazaarvoice.

When Brett left Bazaarvoice, Matt and Jon moved to the executive team at HomeAway, where Bryon was. Over text, Brett, Matt and Jon, began brainstorming new business ideas that would hopefully have a bigger impact than Bazaarvoice and HomeAway.

In one of their brainstorms, where they were talking about the future of data, AI, automation, and the like, Jon mentioned his good friend Bryon had an idea that would be the foundation of data.world. Bryon then joined the brainstorming sessions

After months of researching the business idea and underlying model, they decided to start the company together.

Brett, (data.world’s CEO) is a great visionary and good at securing the funding, partnerships and people for the business. He is also very good at publicly presenting the vision and has been doing around a keynote per week re: data.world. With his family office, he’s backed 49 startups as well as invested in 12 VC firms.

Matt was the GM of BedandBreakfast.com at HomeAway and then was promoted to be the global head of business development. He brings the operational skills as COO required to find a strong go-to-market fit and partners for the endeavor.

Jon is the CPO and leads all of the user-facing side of data.world’s platform. UI is key — the world changes when you put a great UI on a very powerful technology and you democratize it. Jon also used to lead Bazaarvoice Labs and served as CTO at Thinktiv and was steeped in UI at both companies.

Bryon, the CTO, is a real genius when it comes to the back-end of data.world. We are democratizing the semantic web and offering a graph database as a service, alongside a social platform for people who love data, and Sir Tim Berners-Lee has been advocating for this since his invention of the World Wide Web.

Complementary strengths and a genuine love for company culture and the company’s vision/mission. Remember that starting a business is like a marriage. You are going to spend more of your waking time with your co-founders than you will your spouse. So you better love them, and you better have a very good sense that they are going to scale. With our team at data.world, we’ve all scaled multiple startups to great heights and we have very complementary — but different — skills. A reminder above about what Brett was looking for in a team when he backed startups. 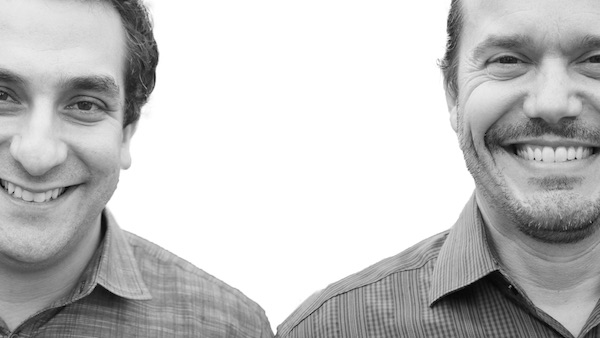 John Berkowitz, co-founder of Yodle, and David Rubin, founder of ProfitFuel, founded OJO Labs in February of 2015 and have since grown the team to 21 employees. The startup is an AI company that has built an intelligent assistant to help consumers answer all of their questions about searching for, buying, moving into, living in and selling a home.

When and how did you meet?

We met when Yodle (the company John founded) merged with ProfitFuel (the company Dave founded) in 2011. Two entrepreneurial sons of Jewish, small business owner and east coast fathers and Catholic mothers — it was love at first site.

Why did you decide to co-found Ojo together?

We had a shared desire to do something bigger than either of us had ever done before, and the brain storming sessions on ideas over the years started to become too exciting just to stay in brain storming mode.

How do your strengths differ and complement each other?

We have many similar traits which works great as we understand each other's strengths and weaknesses and are tolerant of each others some times ridiculous behavior. We also have different strengths that compliment each other. Dave can process large amounts of data and inputs on the fly and come up with extremely productive strategic decisions, and John has an ability to understand all of the people and their motivations as it pertains to strategic relationships. Together we are able to consistently make quick, comprehensive and sound decisions with our varying perspective.

The biggest thing that allows us to work great together is trust and alignment. Before starting OJO we stated very clearly our goals and expectations and ironed them out. We agreed our friendship would always come first and discussed how to break up the business relationship if the business ever jeopardized our friendship.

This clear communication makes it so we can enjoy building the business together without questioning each other. Trust and clear and consistent communication are paramount to co-founder selection. After that comes skills that complement each other and a commitment to the same values. We both have a similar core value system, a commitment to integrity and honesty, the same passion for company culture, how to treat partners and employees, a love for outliers, a desire to be the best, and a love for having fun like little kids.

ePatientFinder
View Profile
Follow
In 2013, Tom Dorsett, Greg Sweatt and Tushar Jain co-founded ePatientFinder, a healhtech startup connecting physicians with EHR data for clinical patient recruitment. Dorsett, ePatientFinder's CEO and president, filled us in on how he, Sweatt (the company's VP of life sciences) and Jain (their COO) came to lead the team.

How did your co-founders meet?

Why did you decide to go into business together?

I found that each co-founder possessed a skill set that would be critical to the success of the venture.

We actually all have very similar type A personalities, but differentiated strengths and weaknesses. This allows us to work very well together while having the ability to accomplish much more than each of us could on our own.

When starting a company a founder should look for co-founders that don't have too much overlap with their own capabilities. Most of the fundamental skills necessary to launch the business should be represented by the founding team.

Get Alerted for Jobs from ePatientFinder 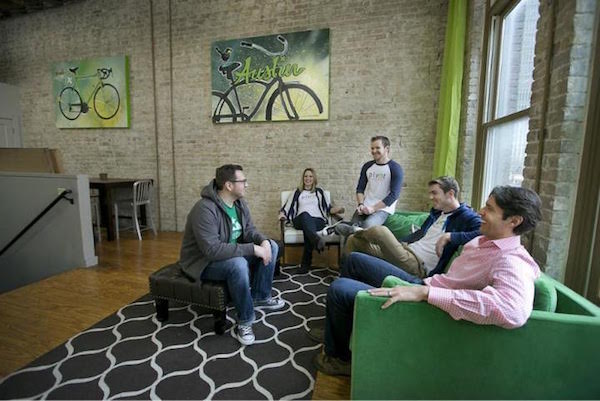 Jenny Bebout, Dan Bebout, Carson Krieg launched Convey in 2013. The startup's software manages the logistics of online deliveries for larger items, making it easier for consumers to track their items and communicate with the retailers in case of an issue.

Dan and Carsen met when they were placed together to work through strategic initiatives while working at a large third-party logistics company in 2010.

Why did they decide to go into business together?

Through their work, Dan and Carson identified a significant technology gap in the transportation space. They witnessed carriers operating on little to no margin, struggling to remain profitable, all while third-party logistic companies were able to generate substantial profits despite not owning any assets (trucks).

Jenny was instrumental in developing the early U/I, logos, and overall customer experience. Rob Taylor (Convey's CEO) joined the team after working with the initial founders through Techstars. He saw a huge opportunity to take the company from a low margin marketplace to a highly repeatable software enterprise.

Every member on the team is an expert in their area. Dan is great at developing relationships, whether it’s with a carrier or a customer. Carson thinks in terms of data, always taking the analytical approach. Jenny’s background in U/I and U/X enabled the team to differentiate from the market by having a modern, user-friendly interface. Without each of these different skill sets it’s not likely that the company would be as successful as we are today.

Complementary skills. Dan, Jenny, and Carson all focus on very different parts of the business which has enabled us to grow very rapidly with a shoestring team.

Get Alerted for Jobs from Convey Inc. 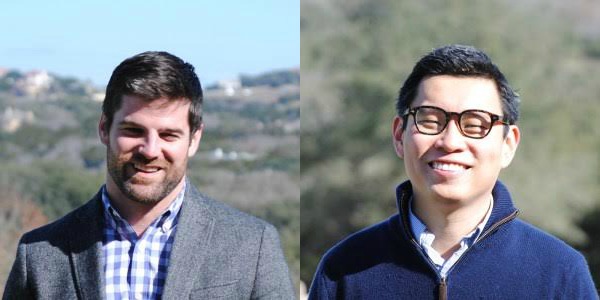 RigUp
View Profile
We are hiring

Xuan and Mike first met while attending college at Texas A&M. While Mike studied petroleum engineering, Xuan majored in business. Following undergrad, the two both ended up in the oil and gas industry as Xuan worked for Goldman Sachs as an energy investment banker and Mike who worked for Encana, an independent E&P company. They reconnected once again in NYC when Xuan took a role at various hedge funds including Citadel and D.E. Shaw, investing in the energy sector, while Mike pursued his MBA at Columbia.

Why did they decide to go into business together?

While in NYC, the two discussed the idea of RigUp over a beer at a bar in Chelsea in late 2013. Xuan, in his investments across the energy sector, had observed the combination of a generational shift in the demographics of individuals leading E&P companies alongside their growth within the marketplace (something Mike had also seen first hand at Encana), which set the perfect recipe for RigUp.

At the time, neither of them had any idea that what they were talking about would lead to where RigUp is now. Over the course of the next few months, Xuan would bring Mike to a series of meetings, and by the time Mike graduated from Columbia, the startup had $3 million in funding.

Both founders share in common that they are equally hard workers and methodical strategic thinkers. While Xuan excels at formulating the vision as CEO, Mike as COO excels on devising the best execution strategies. Xuan is a great manager, and Mike specializes in problem-solving.

Their ability to complement one another rests on the foundation of trust and confidence in each other's abilities.

Someone you can get along with...like REALLY get along with. We joke that RigUp’s management spends more time with each other than with our significant others. Everyone is going to have their differences, but Mike and Xuan have always learned to work their way through them. Like any relationship, we get better every day.

Responses have been edited for clarity and length. Images provided by companies.