How 5 Austin tech companies are shaping the future of VR | Built In Austin Skip to main content
Loading...

How 5 Austin tech companies are shaping the future of VR

Virtual reality is no longer just a theme in science fiction. Major brands have made many devices available to the public, driving the cost down (ish) to make it more possible than ever for consumers to experience VR. And there are plenty of new companies in town contributing to what the future of the industry holds.

We connected with Austin tech leaders to learn more about what the VR space will look like in the coming years, as well as some of the groundbreaking tech they're working on that's contributing to the growth of the immersive experience. 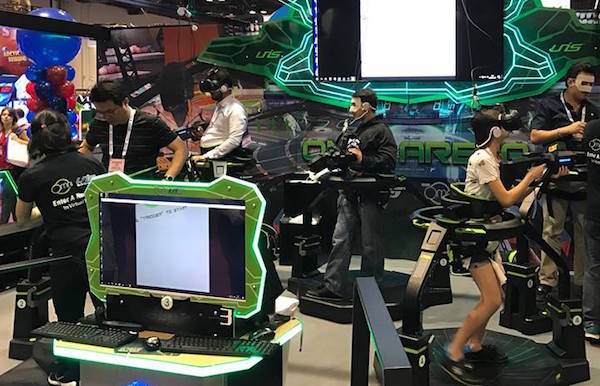 Virtuix rolled out the first active virtual mobile platform, allowing for users to physically walk through virtual spaces. CEO Jan Goetgeluk shared with us how he believes the cost of VR devices and equipment will continue to go down over the next five years.

What do you think is the most groundbreaking advancement in VR?

The Oculus Rift was the first VR headset to deliver a truly immersive VR experience. Shortly thereafter, the HTC Vive brought to VR the first affordable yet accurate hand controllers that could track the user’s hand movements in VR. Finally, our own product, the Virtuix Omni, is the first motion platform available for VR that enables users to walk and run around physically in 360 degrees in VR games and applications.

We continue to work on the Omni, the first ever VR treadmill that enables movement in VR. Without the Omni, the user can only move around in VR by pressing buttons or a joystick (or be confined to a small room space).

What are some misconceptions about VR?

Many gamers think they can just play Call of Duty in VR. Such existing games, however, are not designed for VR and are not compatible with VR. VR requires brand new games that are designed specifically for this new medium.

What do you predict will be the next big thing?

There’s likely no next big thing; only a progression towards cheaper, easier, smaller, more comfortable, more accessible. The mass market for VR is still years away, but we’ll get there. The key is great content; a “killer app” that will make VR “the next big thing to have.” 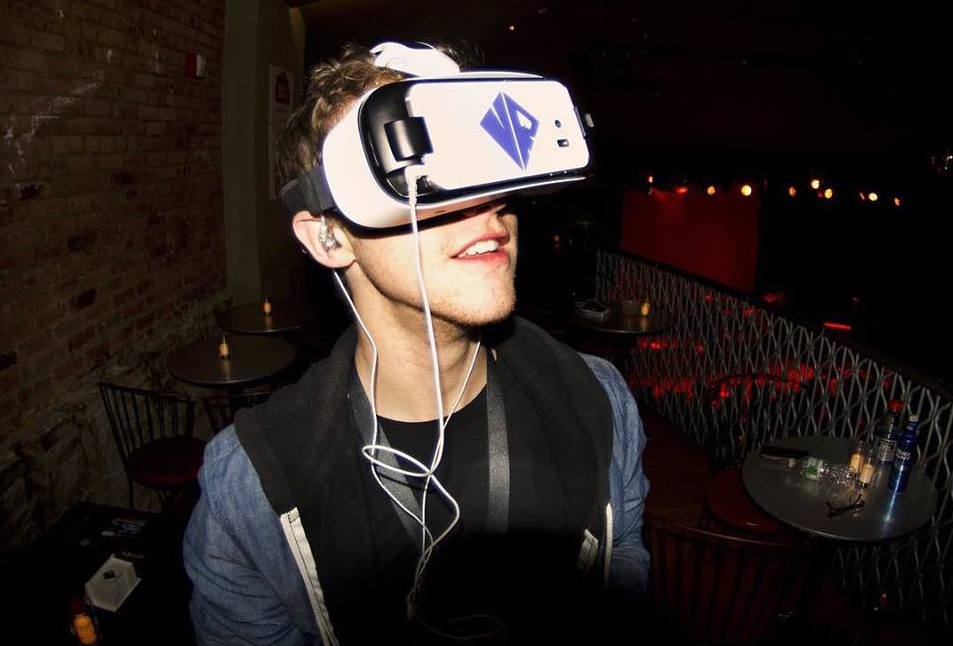 Launched in 2015, SubVRSive develops AR and VR content for brands. A few of their clients include Marc Jacobs, Showtime, Downy, MTV and Lionsgate. Austin Mace, CCO and co-founder of SubVRsive, weighed in.

What do you think is the most groundbreaking advancement in VR to date?

I’d have to say it’s the introduction of photogrammetry. With photogrammetry, we’re now able to scan real world environments and bring them into virtual ones. That means if we wanted to allow people to experience what it’s like to be standing at the base camp at the foot of Mount Everest, we’d be able to send a crew of 3D photogrammetry specialists to scan every inch of that base camp and recreate it as a virtual destination. It’s opening up a world of possibilities for storytelling in VR.

This year, SubVRsive is really paying close attention to what’s possible in telling original, compelling, immersive stories in 360 Video, VR and AR. We’re looking at using things like binaural audio, photogrammetry, and 3D modeling to tell stories in ways that haven’t been done before.

What misconceptions have you run into surrounding the industry?

One of the most common misconceptions we run into is that VR can only be experienced by a very limited audience. But that’s just not true. More than 280 million people have seen a 360 video on Facebook and over three million hours of 360 Video have been viewed in Oculus VR.

That’s why we’ve focused and honed our storytelling skills within 360 Video. It allows brands to tell one story that can be viewed on many devices and platforms — from an ordinary mobile phone to an HTC Vive and everything in between.

In five years I think we’ll see continued excitement for truly immersive VR as well as an explosion of augmented reality (AR) experiences. While VR offers us an escape from the world, AR enhances the real world. And because AR is a mixed reality experience, rather than totally immersive, it has the potential to work its way into every aspect of our lives, from morning to night, and become as common a technology as mobile phones.

Get Alerted for Jobs from Subvrsive 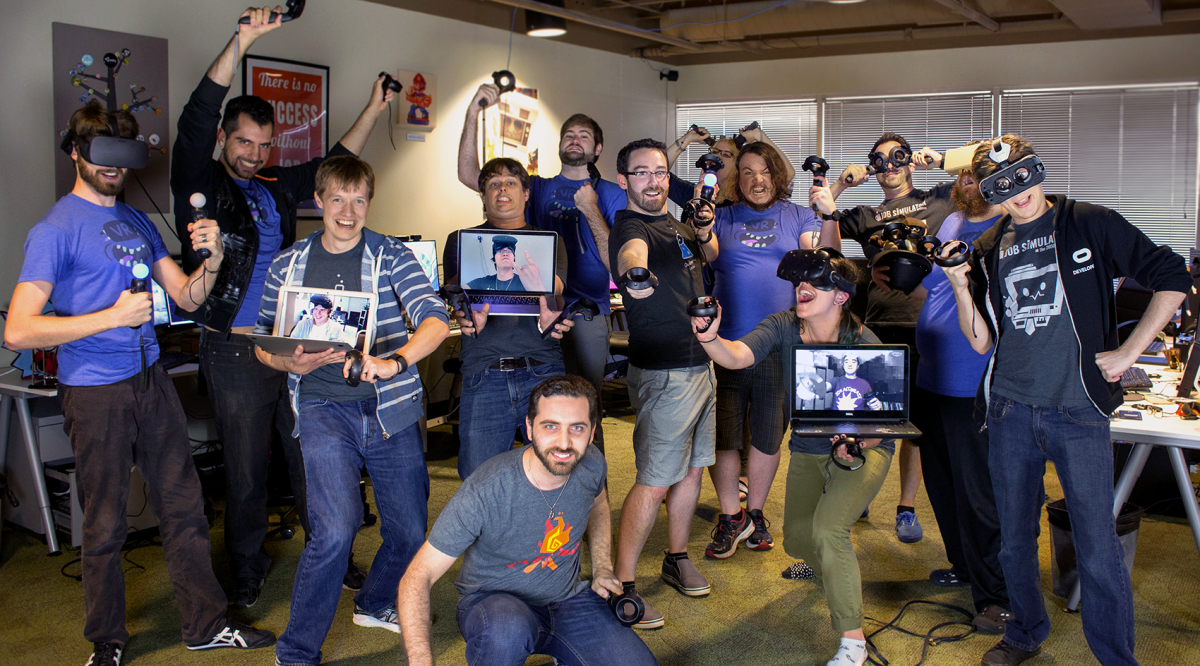 Based out of Austin, Owlchemy Labs builds VR games and experiences. Their creative studio has received numerous awards since launching in 2010. Some of the games they've developed include Snuggle Truck, Jack Lumber and Aaaaaculus!

Cy Wise, Owlchemy's owlmancer and community and events wrangler, shed some light on what they are currently working on and what she thinks will be the next big thing in the industry.

What's the most groundbreaking advancement in virtual reality of all time?

Tracked hands! This goes so far to allow us to navigate virtual spaces in an intuitive way. Interacting with the world becomes as natural as reaching out and grabbing it!

We're working with Adult Swim on Rick and Morty: Virtual Rick-ality, a VR game that takes the humor of Rick and Morty with the intuitive and joyous chaos Owlchemy is known for.

We're also doing tons of experiments in social VR, including different ways of communicating the experience of VR with those outside of VR. Recently, our focus has been on our depth-based Mixed Reality tech, which uses a green screen and a depth-sensing camera to correctly place the entire player inside the environment. And of course, we are always working on brand new original games to push the medium forward.

Do you still run into public misconceptions regarding VR?

Absolutely! VR is still so new and is one of those experiences that you truly have to try in order to understand. We do as much as we can to communicate the nuances and the experiences of VR, be it developer talks, participating on panels, or doing demos!

What do you predict will be the next big thing in the VR space?

Better tracking, ergonomics, and more developments on tactile feedback (such as accurately conveying touch and weight) that will increase body presence and interactivity, radically increase VR's immersion. As the technology gets cheaper and easier to make, we'll see it reach mainstream levels. 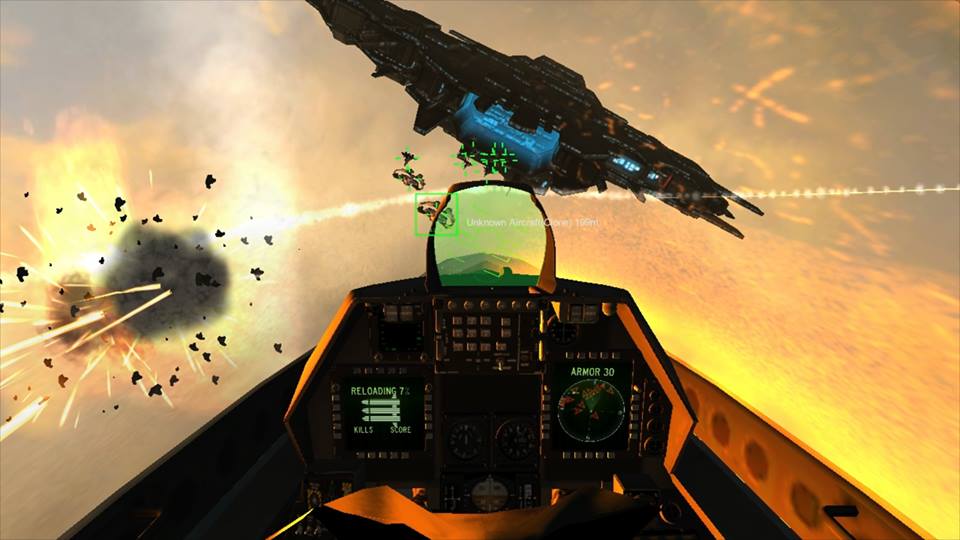 Ghost Machine develops and publishes original gaming content while also partnering with marketers and third-party publishers to launch new interactive IPs for existing brands. Some of the games they've created include Superbike TT and Motorsport VR. Their goal is to design big screen arcade experiences in the immersive VR games market. Neal Nellans, CEO of Ghost Machine, said he sees VR/AR being used on a daily basis across multiple channels over the next five years.

What's the most groundbreaking advancement in virtual reality of all time?

We're working on a virtual reality demo for a Fortune 500 company that exhibits the future of retail, allowing people to experience a scenario otherwise impossible.

What do you predict will be the next big thing in the VR space?

Get Alerted for Jobs from Ghost Machine VR Studio 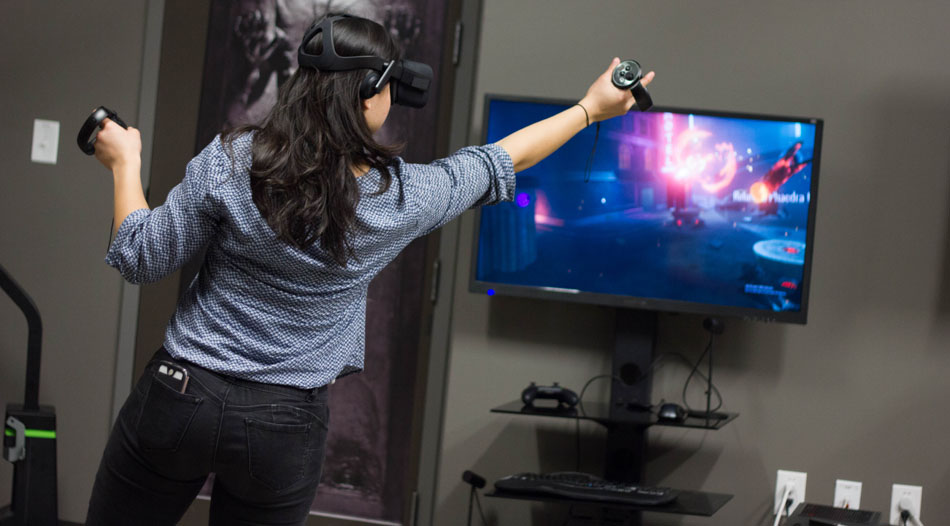 Capital Factory added a VR/AR lounge to its 5th floor co-working and event space. During SXSW from March 10 to 14, over 12 HTC Vive VR rigs will be available for attendees to use, as well augmented reality tech from Meta. We asked their program coordinator, Brance Hudzietz, his thoughts on the future of VR.

How is Capital Factory helping propel the industry forward?

Capital Factory is creating the physical center of gravity for VR here in Austin. This is the place where VR entrepreneurs and startups can meet the VCs and influencers they need to grow their business, where they can connect with Austin's VR community (their customers), and meet VR developers and industry partners.

We've started this initiative by launching a VR Lab to give VIP visitors a crash-course on virtual and augmented reality. This is enabling cross-pollination where leaders in education, healthcare, etc. are realizing how VR applies to their industry, and they are beginning to utilize our VR resources to educate the community.

What is a public misconception regarding VR?

People often don't realize the massive impact VR can have on industries outside of just gaming and entertainment. Augmented and virtual reality allow us to consume data more efficiently and seamlessly than phones, tablets, or computers. Doctors, soldiers, educators, engineers — any profession which has time or physical constraints when consuming data can see massive advances.

What do you think will be the next big thing?

High quality mobile AR. Imagine using your cell phone and a Google Cardboard to move around a room and see rendered content. This would bring AR and VR to the mass public. Everyone has a phone and can afford a $5 headset.

Snapchat-esque AR spectacles which are synced to your phone providing real-time info and updates in your vision.

Get Alerted for Jobs from Capital Factory
Responses have been edited for clarity and length. Images provided by companies and social media.