Never not in hiring mode: Employees talk tech and culture at fast-growing TrendKite

Since its 2012 founding, TrendKite has never not been in hiring mode, according to people here. Its growth led one engineer to describe the startup as “successful to a scary degree.” The company, which quantifies the impact of PR campaigns, proved that not only could an article’s reach be measured, it could also be optimized.

We spoke with members of TrendKite’s largest teams to learn why working here is unusually awesome.

WHAT THEY DO: Quantify the impact of public relations campaigns.

WHO THEY DO IT FOR: PR and marketing pros.

WHERE THEY DO IT: Brazos Place (8th and Brazos, downtown).

WHO THEY HIRE: Culture carriers and collaborators.

SOUND TRACK: Each office controls its own music. While the sales org might be jamming to Diplo, the marketing/HR section often jams to 70s rock. And classical serenades the DevOps team. 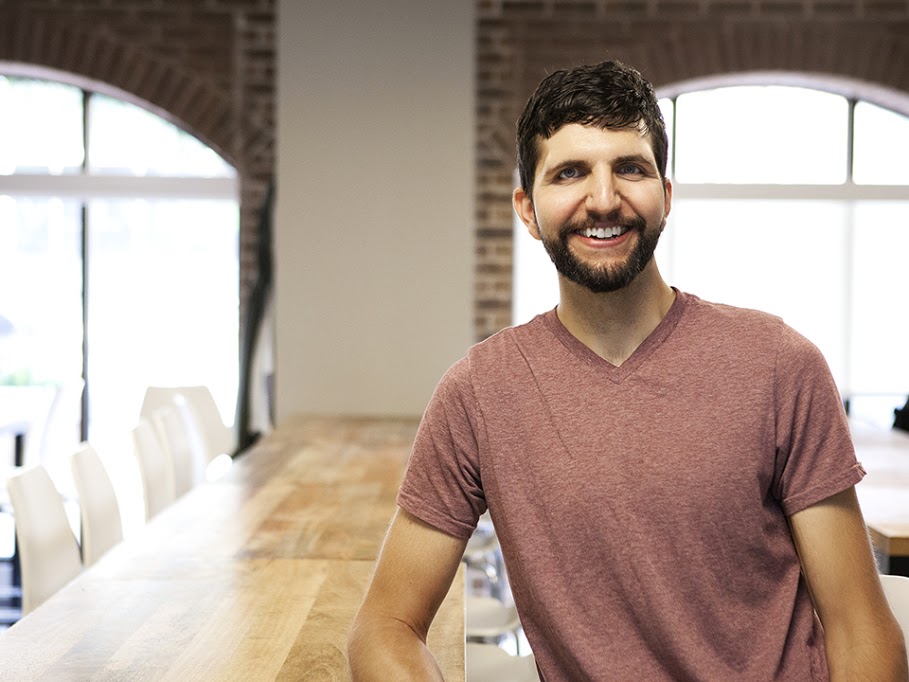 James, you left AMD to join TrendKite as employee number five. Why?

James Truty, senior software engineer: I knew I wanted to get out of corporate life and join something where I could have a larger impact and where business moves faster. At TrendKite, it was clear from the beginning that there was a lot of potential with their product. The founders, AJ [Bruno] and Matt [Allison], were so passionate and had their idea of success written out from the beginning.

As a developer, it’s exciting to work with and explore the new avenues that big data and machine learning can offer.

What most impresses you about TrendKite’s product?

Truty: The speed at which our platform searches the billions of documents we have from every news site all over the world. We’re constantly adding more documents and more data, and we continue to maintain very fast search times.

Your team consists of about 30 seasoned developers. Why would an experienced developer want to work here?

Truty: Smart people want to work with smart people. Even as a more experienced developer, you’re constantly learning new things here and facing new challenges. That’s a nice environment to be a part of, and now we have enough folks on the team where we can distribute bugs and designate new projects to the people who want to design them.

We also have a lot of freedom for getting our work done. You’re presented with a problem, and you have the freedom to figure out what the best way to solve it is, as opposed to someone from higher up telling you how to do something.

Has anything surprised you since you joined in 2013?

Truty: The growth. As a startup, we’ve been successful to a scary degree. We’ve always been in hiring mode, and although the speed of growth has been surprising, it hasn’t gotten in the way of anything. It’s helped. 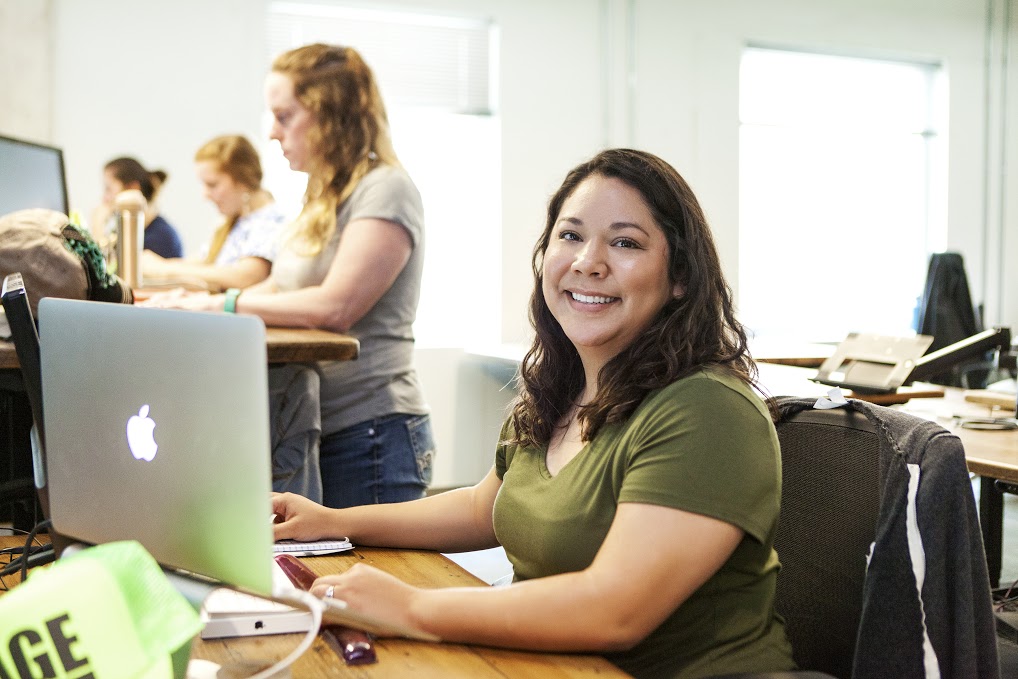 Analisa, congrats on your new role as customer success manager. I hear you’re starting off working the night shift from 7 p.m. to 2 a.m. What!? Please explain.

Analisa Toenjes, customer success manager: I saw this as an opportunity to get my foot in the door. My strongest skillset is in customer service. While interviewing, I had internal conversations with a few people that work here who talked about how customer success has been a major priority at TrendKite since the get-go — which is rare. Where I’ve worked prior, it ranked at the bottom of the totem poll. Knowing how strong TrendKite’s customer success team has and continues to be was a huge selling point. I wanted to be a part of it.

Toenjes: I had submitted my resume at 7 a.m. By 9 a.m. that same day, I already had a response. By 1 p.m., I had a phone interview scheduled. Just four hours after I interviewed on site, I had an offer. I appreciate that because there’s nothing worse than waiting during the interview process, and I totally respected the fact that they know exactly what they want. They are confident in what they are doing, and that was a huge plus for me.

At what point were you like, “This is exactly where I’m supposed to be”?

Toenjes: Here, they’ve nailed the open atmosphere and that includes leadership. The way they’ve organized and written out the entire onboarding process was also really impressive. They’re a young company. The fact that TrendKite has all of this down pat and is constantly welcoming feedback to improve means that we’re going to be that much better in the next couple of years.

The benefits here are great. But what I’m really looking for is a solid structure and foundation of a company — rather than free booze. When I saw this at TrendKite, that’s when I knew they had it together and are looking to succeed long term. 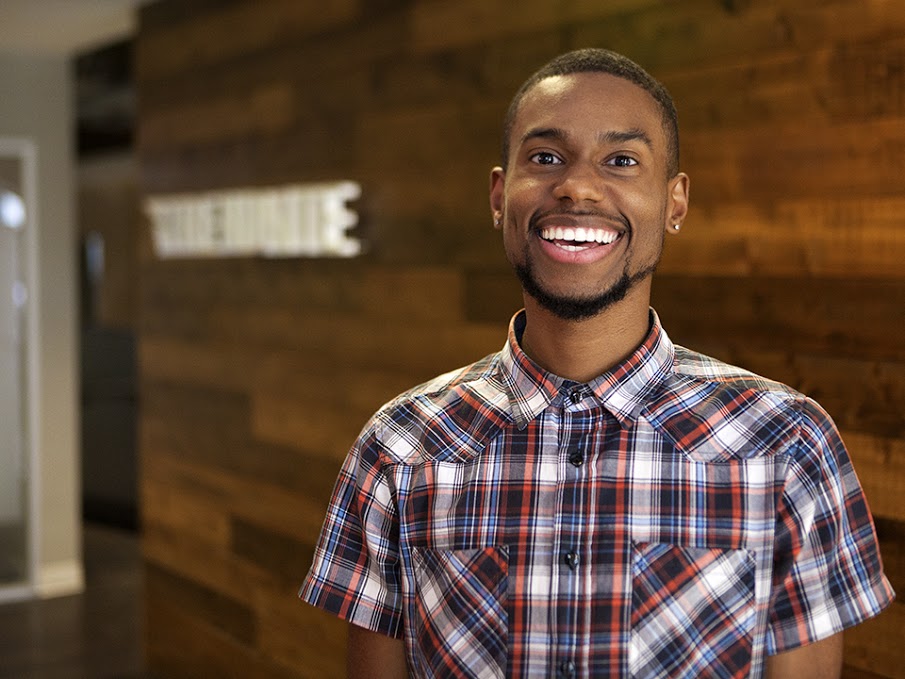 Analisa mentioned there are no Debbie Downers here. That seems to start with you, as your nickname is "Sweet Baby Ray." Everyone is in agreement you’re the most positive person here, how do you see the people of TrendKite?

Ray Roberts, market development representative: Transparent. They exude happiness and drive. But what honestly sold me on the company was not the people — it was the product and how much everyone really believes in it. I didn’t even know something like this existed where you could show ROI on a PR campaign and that in itself blew my mind.

Why is everyone so positive — yourself included?

Roberts: We really love our jobs, we love the people we work with, and we all like to help out. It’s really family-oriented here. If I were to have a bad day, I know everyone on my team would step up ask what’s wrong and offer to help out. 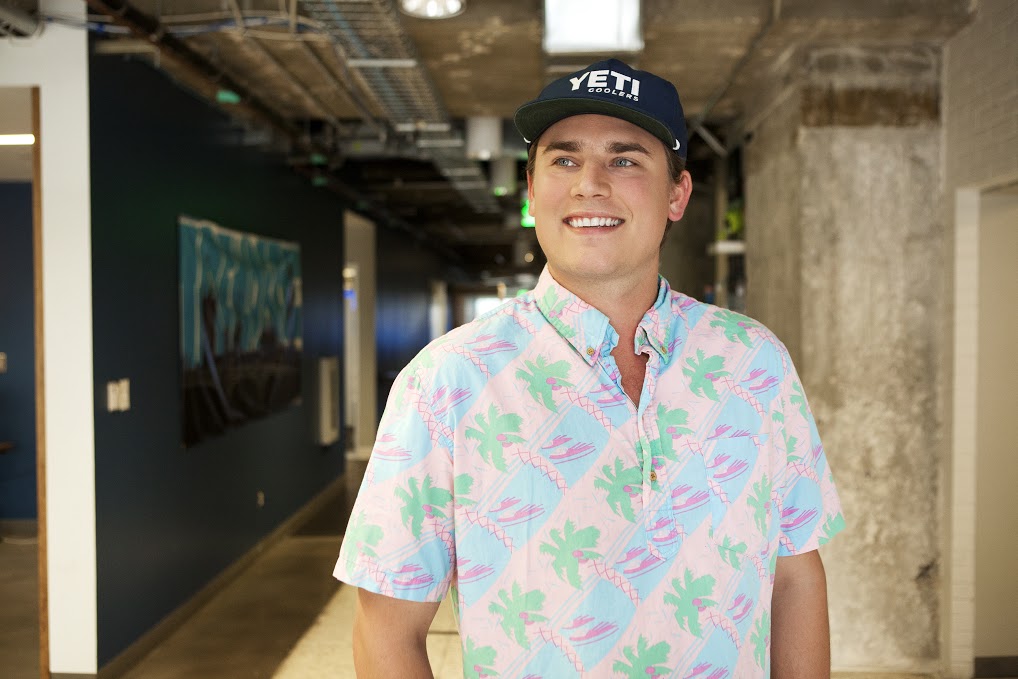 Dalton Haughey, sales manager: It is unlike any organization I’ve ever been a part of. The way our team is able to work with each other on a daily basis and support one another is not always prevalent across sales teams. But there’s so much camaraderie here.

Dalton, you lead a high energy sales team. How do you keep your team motivated?

Haughey: Lucky for me, I have some fantastic people on my team who already have a ton of internal motivation. But we do try to spice things up with different games and competitions. Most people that are in sales have that competitive background, and competition is generally one of the best ways to drive productivity during the day. 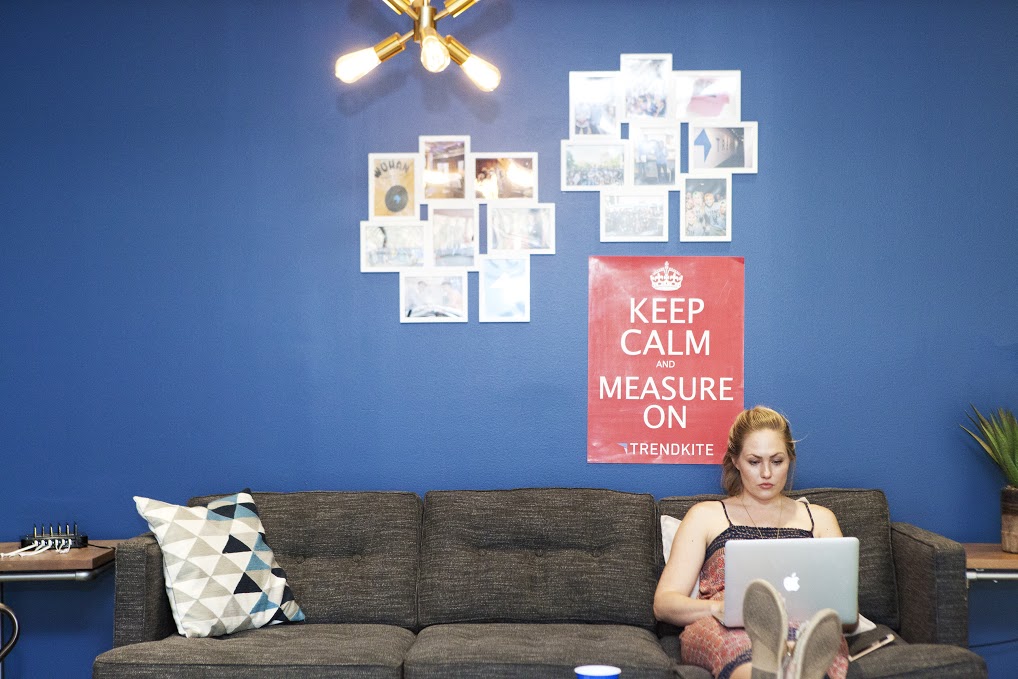 Haughey: Almost everyone we show our product to is blown away by the value TrendKite brings. Whether it’s someone that uses a competitor’s tool or someone that uses nothing in this space, the way people will begin developing and sharing their own uses of our platform over our conversations is an amazing feeling.

What do you hire for?

Haughey: Passion. Passion in something. Most people that work here are very intelligent people who work hard. The people I want on my team are passionate about showing TrendKite to as many people as possible.