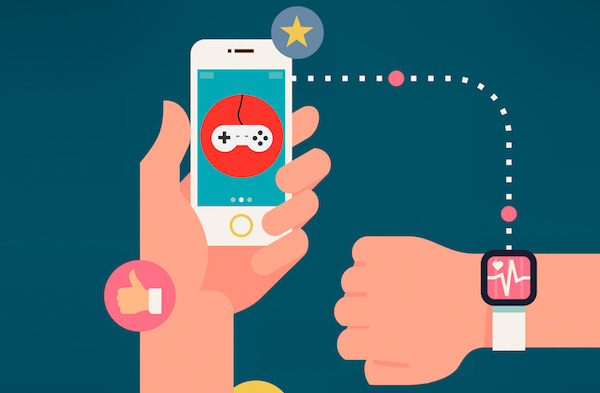 For some people, the dopamine rush and health benefits of working out just aren't enough of a motivation. Apple, Microsoft and even new companies like Fitbit have tried to encourage more healthy activity through technology or social pressure, but sometimes people need a more immediate reward for working out.

Instead of peer pressure or a technological nudge, Meretz gets people on their feet by offering credits that can be used in mobile games. For example, a 30-minute workout could mean a dozen free lives in that popular match-three game or a powerful upgrade to your army in your favorite strategy MMO. By turning exercise into virtual currency, co-founder Eric Abrahams hopes to get more people staying fit.

“We're rewarding people for their physical activity,” Abrahams said. “The more active they are, the more Meretz points they earn, which is a virtual currency that they can then use in the games that they're playing.”

Meretz partners with outside game developers to integrate the reward system into a range of apps. Users link up workout data from fitness apps like Fitbit or MapMyRun, then Meretz converts that into currency. If users have an Android Wear device, Fitbit or other fitness tracker, that data can be automatically collected for even easier earnings.

While the benefit to players may seem obvious, game developers have also seen positive returns from partnering with Meretz.

Freemium game developers are also seeing more conversions from free to paid users as players learn the benefits of some paid upgrades. Abrahams also points to a study that found that players who use virtual currency in a game are more likely to use real currency as well, and the likelihood that they’ll break out their wallets is even higher if they’re able to earn virtual currency, as they can with Meretz.

Meretz is only in a limited rollout right now and just opened its next round of beta testers, but Abrahams hopes to have a full public release sometime this fall. The startup was recently accepted into Capital Factory’s accelerator program, which should help the team work out the beta’s bugs quickly.

After the app goes live, Abrahams plans to start the search for funding. Right now, Meretz is running on a friends-and-family funding round. The team consists of four full-time employees and a handful of contractors to get the app off the ground.

Does your startup have a story to tell? Let us know with a tip or a tweet @BuiltInAustin