If the workplace is a well-oiled machine and employees are the gears driving every function, then positive motivation through feedback is the gas that fuels the whole operation.

However, like filling up at the gas station, different types of fuel power different types of machinery – and knowing which kind to use can make a big difference in performance. That is to say, delivering feedback is not a one-size-fits-all endeavor when considering individual personalities, work styles and employee-leader relationships. But it is a necessary one.

Providing feedback can often fall by the wayside in the hustle of tech, and waiting until the last minute during a quarterly review can hinder the efficiency and sincerity of its message. Yet a common thread runs through every method of critique: deliver with authenticity early and often, and your message will be clear.

When developing impactful feedback for individuals on his team, Shipwell Engineering Manager Harper Maddox has found that altering his approach depending on the introverted and extroverted personalities can make a big difference in how the message is heard.

“As you build trust, you’ll understand what motivates them and get an idea of their self-awareness,” he said.

For Laura DiPasquale, a manager at Rapid7, providing feedback is a two-way street. It’s not just about recognizing a consistent top performer’s efforts, which is important, but also about team members feeling like they can confidently share their opinion.

“I would not be an effective manager if not for learning and adjusting based on my team’s feedback,” she said.

Built In recently spoke to DiPasquale, Maddox and Liquibase’s Matthew Geise about why a frequent rapport leads to a stronger sense of trust. 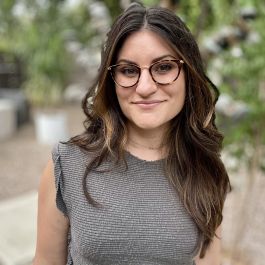 In DiPasquale’s experience, providing genuine feedback as quickly as possible helps her connect with her team members on an individual level and better understand what keeps them driven.

Delayed or last-minute feedback tends to lack sincerity. It is common to forget details weeks or months later or fall victim to the recency effect. I try to provide genuine feedback with specific examples as quickly as possible so that the team understands the impact and meaning of their work.

Understanding my team and what drives them allows for customized feedback that resonates with them as individuals. I take an honest and upfront approach so that we are comfortable and open with one another. We often joke about our work love languages. One member of my team let me know right away that he doesn’t like recognition in group settings but that seeing teammates happy and benefitting from the impact he has made keeps him motivated. Conversely, another member of my team glows when her work gets recognized publicly.

I’ve learned not to take a strong performer’s work for granted.”

What’s a lesson you’ve learned from giving feedback over the years, that you wished you’​​​​​​​d known when you first started as a manager?

I’ve learned not to take a strong performer’s work for granted. It’s equally important to recognize those who consistently perform well. Additionally, I’ve learned the importance of asking for feedback about myself. I would not be an effective manager if not for learning and adjusting based on my team’s feedback. We’re all learning and growing together. 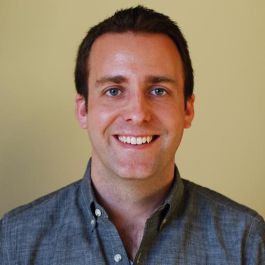 For engineering director Maddox, feedback isn’t about waiting to say the perfect thing, but frequently showing appreciation for a job well done and knowing how to deliver the most impactful message to every personality type.

I’d argue that any positive feedback that you can give your team is meaningful. I once read that the ideal praise-to-criticism ratio is 5:1. That means you need to give positive feedback five times for every one time you give negative feedback. So don’t get caught up in saying the perfect thing or being overly eloquent. Show your appreciation early and often.

If it is something little, you don’t have to go into detail. Just recognizing an action is meaningful. For example, when an employee asks if they can miss a meeting because of a planned trip, say, “No problem! I appreciate you asking about it.” Or when an engineer worked on system issues that weren’t assigned to them, say, “I wanted to let you know that I appreciate you taking care of the PagerDuty issues.”

If you want to go the extra mile, give specific details on how they made a difference. It’s refreshing to have a boss appreciate the little things, by saying “Really awesome job!! Audience wanted to move quickly and off-script, and you adapted well! Happy we got visibility with the CEO, and that she knows the great work you are doing.”

Remember, no amount of praise is going to be too much.

Just as different people want to discuss different things on their one-on-ones, different people need to hear feedback in different ways. Extroverts can like praise in public, whereas an introvert can often be embarrassed. Someone who is confident may be happy with just a few words of appreciation, whereas someone less confident may need you to talk to them for five minutes to pump them up and reassure them that yes, they really are valued.

To be successful with negative feedback you have to put in a ton of work, both in terms of building trust with your direct and providing positive reassurance to your direct. As you build trust, you’ll understand what motivates them and get an idea of their self-awareness. It is your job to help them with their blind spots and grow your team. So craft a tailored message that will resonate with the direct, then keep it short and simple. My advice is to use the Manager Tools model: First, ask if they are open to feedback. Then, only if they are, describe the specific behavior and the impact of the behavior.

Most people are aware of their negative behaviors and once you talk to them it’s not so bad. They’ll be apologetic and talk about things they’ve tried to work on and may genuinely seek your advice. The rare times that they aren’t aware of the behavior, they can be blindsided, so be sure to give them the space to process it. The last thing you want is for the employee to get defensive. It’s always important to give them an out and let them save face as they work on the issue. 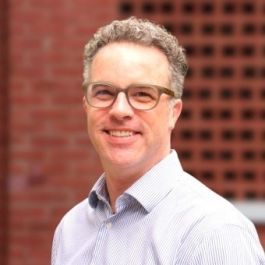 At Liquibase, VP of Marketing Geise believes positive feedback is about recognizing a job well done as much as it is a thoughtful opportunity to coach individuals on how to constantly grow even better.

Positive feedback reinforces great efforts and contributions and motivates your team members. I believe that the most important things to keep in mind are being timely, specific and authentic with feedback.

Delivering feedback soon after the achievement and with specifics about what you really liked creates the connection between the actions and the feedback, allowing for greater understanding of the feedback and the nuances in what may have made the achievement remarkable. Finally, be authentic in the way you give the feedback – don’t overthink it, just say it the way you would in conversation. Your team knows you (or should), and feedback from you verses written in “business speak” is going to come across much more personal.

I have had team members who love hearing positive feedback and others who hate it. Many are embarrassed and want to crawl under their desk when they receive it publicly, and others want to jump up on their desk and relish in it. Know where your team members sit on this scale and adjust. For those that get satisfaction from public praise, do it! Make a big deal and let everyone know. For those that want to hide – do it privately… and if you must do it publicly, make it quick (but not too quick!)!

Some of the hardest reviews I have ever written were for high-performing individuals.”

We can all be better, and everyone is looking for insights into how to improve. Some of the hardest reviews I have ever written were for high-performing individuals, and this is as it should be. Your best people deserve feedback that recognizes their performance and coaches them to be even better. Particularly with written feedback, be sure to be thoughtful and provide insight into the next area(s) of focus that will help your best people thrive.