Broomly sweeps up $1.3M seed round to fix the home services industry 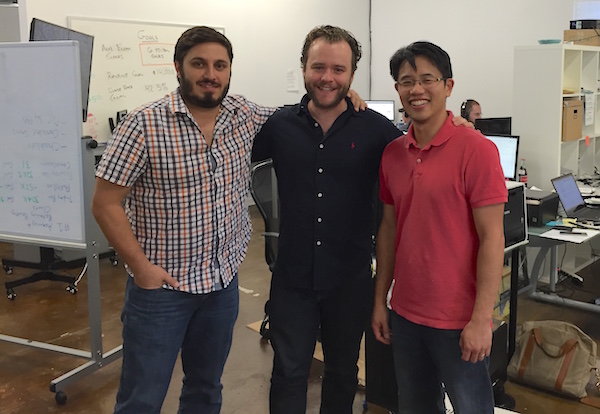 The sharing economy is bound on all sides by trust. Because companies like Uber and Handy insist they’re just platforms connecting customers with independent contractors, it’s often up to the customer to decide whether to get into a stranger’s car or let one into their home.
That’s a big hurdle for startups in the home services industry, which conservative estimates value at $400 billion.
While companies like Homejoy, Handy and Taskrabbit have managed to get a foothold with one-off, on-demand projects such as furniture assembly or repairs, growing a relationship with customers who need regular service in their home has proven a tougher nut to crack.
The team behind Austin-based Broomly thinks there’s a better way.
“We want to put the home on autopilot,” co-founder Matt Hawkins said. “When you’re working in people’s homes, you have to be more than transactional. You’re touching their kids’ toys and their delicate belongings.”
The company began by marketing its cleaning and landscaping services under the sub-brands Maids Around Town and Yard Ease earlier this year. As customers become comfortable with one service, Broomly is positioned to offer the unused service in its follow-up communications with customers.
A bevy of A-list investors, including SXSW Interactive Director Hugh Forrest, evidently agree with the approach, pouring $1.3 million into a seed round of fundraising announced Monday. The company plans to use the capital to expand gradually and methodically into new markets.
Other Broomly investors include the co-founders of BuildASign.com, where Broomly co-founders Jerry Sun and Matt Hawkins met as employees. (Their third co-founder, Joe Shiraz, has a background in home services and was introduced through a Build A Sign co-founder.)
Hawkins said Build A Sign, whose current valuation hovers around $100 million, had a similar strategy: Enter an industry dominated by mom-and-pop operations, trim costs using technology, and offer a great customer experience.
Broomly has at least two advantages over those mom-and-pop incumbents: Many use antiquated technology — if any — to manage their businesses, and tend to offer services in just one area, such as lawn care. That forces customers to manage a multitude of different service providers, which can be tedious and time consuming.
Hawkins says that’s a huge opportunity for a provider who offers several home services on one platform.
“If I’m going out of town, there should be an equivalent of an airplane mode for your house, where all those people coming to service your house should know to skip a week,” he said. “Or you’re having a party. You should be able to hit a button and have them come out and do everything.”

That level of convenience is half of Broomly’s whole game. It’s planned for the company’s mobile app, whose first version should be available in the next two months or so for iOS and Android, according to Hawkins.
The other half is rigorous quality assurance and customer service. Broomly requires users to rate their service after every job is finished, not unlike Uber’s driver rating system. Hawkins said the key difference will be personal follow-ups with users at home.
“Our reputation management system was the first piece of technology we built, so we can prioritize which customers need to be touched,” he said. “We have full-time employees who can be hands-on in building that trust.”