Looking to Advance Your Career as a Woman In Tech? Ignore This Advice.

4 women set the record straight about the bad advice they’ve gotten — and what others should do instead.

“Don’t you know that you’re toxic?”

In 2004, Britney Spears sprung this question to a faceless romantic interest in the chorus of her hit song “Toxic.” In 2021, however, it’s a message that strikes differently in light of the #FreeBritney movement and the exposé of her 13-year-long conservatorship put in place by her father. No matter how powerful Britney Spears supposedly grew, she had a lot less control of her own life and career than we were led to believe.

Many women in the workplace can probably relate.

A recurring culprit lending itself to these toxic and frequently gender-related situations? Unsolicited poor advice — which finally needs to be ignored, rather than accepted.

If one of the most famous and successful women living in the global public eye couldn’t avoid the thralls of harmful advice shaped by conventional gender norms and a sexist system, imagine the effect it can have on everyday women trying to navigate tech careers in a male-dominated industry.

“I think it leads to more frustration when you realize you can’t do it all,” Sheri Schneider, head of product and data at Smarter Sorting, revealed. “Then you start to feel like you must be doing something wrong.”

To uncover the myths disguised as sage wisdom when it comes to a woman’s career, Built In Austin sat down with Schneider and three other women to discuss the worst bits of advice they’ve received — and how they’ve personally reframed it to purify the toxic implications. 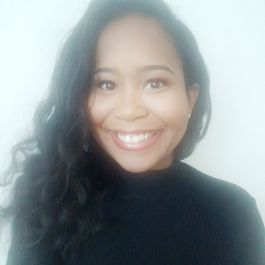 What’s a career “myth” that women hear a lot that they’d be better off ignoring?

Completely ignore the myth that your leadership skills will naturally develop over time. This narrative is not only incorrect, but extremely problematic for women as it can trigger a false sense of security, leading to a mirage of impending leadership success that attempts to strip women of their agency in their career development.

The myth suggests that leadership skills are innate to individuals and at some point, are guaranteed to bloom into fruition. Is it true that one-third of humans are born with innate characteristics that predispose them to a higher probability to succeed as a leader? Yes. However, leadership skills, like leaders, are not born — they are made through a complex series of occurrences influenced by privilege, active planning, choice and much more.

Myths like this give little attention to the variety of systemic barriers which have derailed women’s career development which undermine the importance of building strategies to address those barriers. The world we live in was not designed for the words “woman” and “leader” to naturally coexist. As we strive to override oppressive systems to be seen and valued as respected leaders, myths like this do us no favors.

Leadership skills are not born — they are made through a complex series of occurrences influenced by privilege, active planning, choice and much more.”

I would adjust the myth to read as this: With perseverance, practice, patience and prioritization, your leadership skills can develop over time. I use “can” because life can be volatile and unfortunately, the only guarantee in life is that there is a beginning and end. However, we have the power to choose what we make of the moments in between.

You can choose to allow a broken system to direct you like the current directs a lost sandal through the ocean, or you can choose to equip yourself with the right tools and plans to create a fulfilling career journey ahead. It’s the choices that we make that support or hinder our development as we navigate both familiar and uncharted waters in our career, including the choice of the organizations we join.

Employers like Real Chemistry played an important role in the journey to actualizing my leadership skills by providing access to systems, such as our in-house coaching team, thriving business resource groups and more, that curb the negative realities of the myth. 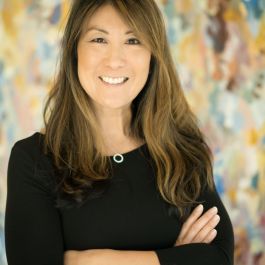 What’s a career “myth” that women hear a lot that they’d be better off ignoring?

The myth: You can have it all. Forging ahead in your career while being a mom is possible. Just lean in.

I think it leads to more frustration when you realize you can’t do it all. Then you start to feel like you must be doing something wrong. You’re pulled in different directions, you try to juggle and then find you’re not kicking ass at anything.

Recognize and learn to accept that priorities swing on a pendulum.”

Balancing work and being a mother is really hard. You won’t be good at both simultaneously, and this should be expected.

When my daughter was 12, my work commute was about three to four hours a day. There were days I perhaps spent just minutes over dinner to catch up with her. One day I saw a combative text conversation between her and a close friend. She didn’t know how to shut the conversation down without taking it to an ugly level. I realized I had put my work first too many times, at the expense of mentoring my daughter. I quit my job and became an independent consultant. I didn’t have the same level of financial stability but I did have the flexibility to be at home more.

In just a couple of months, my daughter started opening up to me. She told me about her problems and her feelings. We were genuinely connecting. Looking back, she will tell you this was the point at which I started to finally pay attention to her. She’s now 16 years old and on a stable, solid path academically and socially.

So this is my advice: Make choices which are best for you and your family in the moment. Recognize and learn to accept that priorities swing on a pendulum. 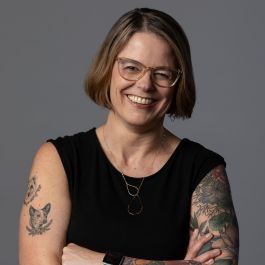 “It’s bad form to discuss your compensation with others.” This bad advice can keep patterns of pay inequity in place while holding individuals back from their full potential. It’s an unnecessary taboo that can diminish career confidence, which in the long run wears down on workplace happiness and leads to undue stress.

Fortunately, this old-fashioned iron-clad rule is thankfully falling by the wayside as the pay equity discussion has gained prominence. In my network of CMOs, we now benchmark our compensation as openly as we compare notes on the latest marketing technology or branding challenges.

Creating a culture where compensation is discussed openly helps to address glaring gaps in gender and race equity, and shows where organizations may be falling short in recognizing talent. It’s beneficial for negotiating future salaries, too — ongoing discussions can help you better understand the market rates for your role and experience, arming you with knowledge and confidence when you’re ready to negotiate your next salary.

Creating a culture where compensation is discussed openly helps to address glaring gaps in gender and race equity.”

Knowledge is power. Reach out to trusted mentors and coworkers both internal and external to your organization and ask if they’ll have an honest discussion with you about salary. At the same time, do your due diligence in studying fair market rates for your role and experience level so that you have a solid foundation to start with. Don’t give up on the conversation once you’ve landed a new job or received a raise; continue having open discussions so that you can stay on top of the ebbs and flows within your industry.

When you are evaluating a compensation package, ask for data about how it was developed, and bring your own benchmarks to the negotiation. Know what your priorities are — base, incentive comp, equity, title, etc. — and be ready to have a rational, data-driven discussion about your pay. You may not get everything you want, but you’ve got a much better shot at getting close if you approach it this way. 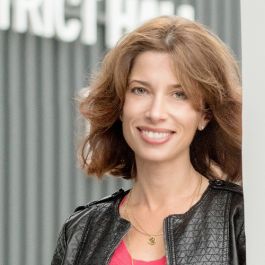 The plain worst career advice I ever received happened during my first job after graduating from business school. I worked for a healthcare “dot-com” startup as we affectionately referred to them in the late ‘90s, managing a team of eager, young people building web services for physician practices.

I reported to the CEO, an inexperienced but highly educated business leader. After observing me congratulate my team on a job well done, the CEO gave me advice on how to motivate employees. He stated emphatically, “Praise breeds complacency.” He feared my accolades would translate to the team caring less about their work. Instead, he suggested I motivate the way he did, with sharp criticism and intimidation.

Not surprisingly, it didn’t take long for me to realize I was in the wrong place. Also not surprising, the company soon failed, recklessly spending over $30 million in venture capital funding, as was the trend of the dot-com era.

The CEO’s quote has stuck with me for over 20 years. It continues to motivate me to lean as strongly as possible in the opposite direction.

Treating people with respect, dignity and thoughtfulness will always bring about the best culture, the best work and the best results.”

As a leader of a company, or any team, you must consider the people who work for you as your most valuable and precious asset. A company is only that — a collection of people. Treating people with respect, dignity and thoughtfulness will always bring about the best culture, the best work and the best results.